Toxic Masculinity & Violence: Is the Incel Movement the Next Wave of Domestic Terrorism?

Boys as young as 13 are being radicalised by the “incel” internet subculture believed to have motivated the Plymouth gunman Jake Davison, an expert in extremism has warned https://t.co/31XiMYLloP

On Thursday, August 12th, Jake Davison, a 22-year-old young man, shot and killed five people in Plymouth, England. Then he killed himself.

Media reports have linked him and the shooting to an online community called “incel”—a group of men who identify as “involuntary celibate.” CNN says the ideology of incel is “a movement of men who often claim they feel unfairly denied sex by women or girls.”

If you haven’t yet lost your mind at the ridiculousness of it all, I urge you to do some soul work.

The report further states that the 22-year-old, through a series of YouTube videos, which have been taken down, made several sexist and misogynistic remarks about women. From the videos, he seemed “frustrated with his lack of success with women sexually since he was a teenager.”

It was also reported that the massacre lasted six whole minutes. To put the time frame into perspective, it takes about six minutes to make the perfect soft-boiled eggs—enough time for this young man to kill his 51-year-old mother, a 59-year-old man, a 66-year-old woman, a 3-year-old girl and her 43-year-old father, and himself.

Six people were found dead, wiped off the Earth’s surface in six minutes, and there are strong suggestions that the mass murderer anchors an extremist idea that men are entitled to sex and sexual pleasure from women, and denying men the “right” to engage sexually with any woman of their choice is an invitation for violence and bloodshed.

It was my first time hearing about the incel movement, so I dug a little deeper to learn more. To my surprise, this wasn’t the first attack of its kind.

The first case of murder linked to the incel community was recorded in 2014.

Since 2014, 61 people have been murdered by eight men, who either identified with the incel community or posted incel-related writings or videos on social media, justifying their perverted ideology and nefarious behavior.

It’s a lot to process, considering the supposed underlying cause of such barbarism: that men are unfairly denied sex by women.

But are incels only looking for sex? Because this all sounds like a load of crap.

Opportunities for sexual encounters and exploration have never been more accessible in our history. For better or for worse, men and women have the luxury, through dating apps and the rise of hook-up culture, to meet all their sexual desires and fantasies without really doing too much. And if social media isn’t favorable, with a bit of decency and some common sense, anyone can boost their chances of getting laid offline.

The incel movement and the ideology that women owe men sex, or anything else, points to a privileged mentality built on insanity and insecurity, rather than skewed celibacy rhetoric.

There are simply no words or excuses to justify such hateful, ignorant, and misogynistic views.

In a previous article, I wrote about how lack of self-worth in men drives gender-based violence, using the Cognitive Behavioral Therapy model to explain the domino effect of destruction.

Incels seem to have taken gender-based violence to a whole new dimension. It’s more like gender-based hatred or misogyny on steroids.

Interestingly, the hatred of women hasn’t stopped members of this extremist community from killing and injuring other men and children—a clear sign of domestic terrorism—adding to the complexity of their motives.

For a better understanding of the problem, we have to go to the origin.

In 2003, a lady known as Alana created a website (Alana’s Involuntary Celibacy Project) for people to share their stories about not getting any or regular sex. Some years later, she developed a mailing list from the subject, with the abbreviation INVCEL, which later became “incel.” It catered to “anybody of any gender who was lonely, had never had sex or who hadn’t had a relationship in a long time.”

Her mission was of benefit, but the “inclusive community” she created “ended up being a weapon of war.” In the late 2010s, years after she sold the site, the once-of-benefit incel community became a breeding ground for extremist ideas, where white supremacists and other extremists bartered misogynistic views and incited violence against women. Using lack of sex as bait, these communities began to spread, radicalizing young men and teenage boys with violent, misogynistic agendas.

If you look through the bullsh*t, you’ll discover that there are a lot of ingredients that make up this devilish pie. The incel movement is connected to an arsenal of toxic ideologies ranging from racism, patriarchy, misogyny, toxic masculinity, and white supremacy. And at the core of each of these concepts lies an insatiable thirst for power and control, actualized mostly through violence and fueled by hate.

The Plymouth shooting is the latest in a string of mass murders and suicides, resulting in over 60 deaths since 2014. Gullible teenage boys and errant young men are being targeted and recruited online to perpetuate evil against women and men and children in the name of involuntary celibacy.

Who knows when or where they will strike next.

But the most important question we need to ask is: What are we doing as a society to nip this evil in the bud? 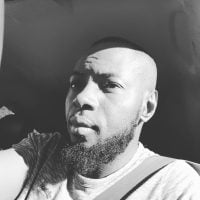