Why we shouldn’t Forget the Events of January 6th & Just “Move On.” 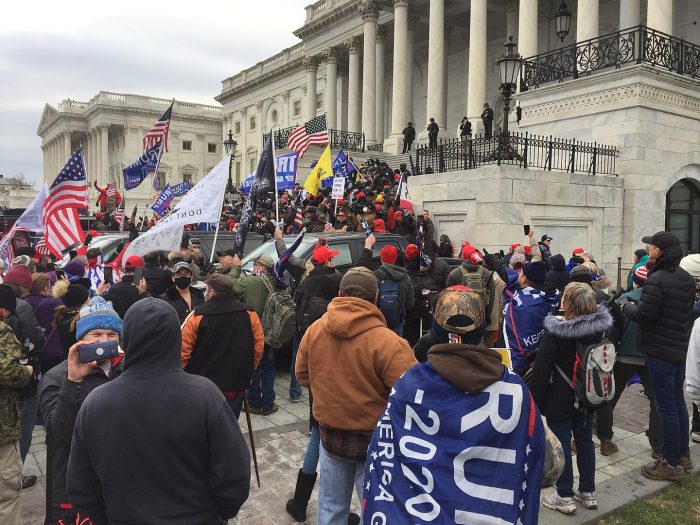 He has become the spokesman, the guy out front, the one on the TV news programs, sharing his unimaginable experience on another day which will live in infamy in this country.

“What Mike Fanone Can’t Forget” is revealing on a number of levels. It blows the lid off of what happened that day and it unveils what led up to his presence there in a moment when he might have breathed his last.

The article about the multiple-tattooed former narcotics officer spoke about his PTSD and daily headaches. It also made it clear that he had suicidal thoughts. To date, four officers who defended the Capitol and the lives of all of those who were there to perform their sworn duty of certifying the election of President Biden have ended their lives.

May their souls find peace.

Officer Brian Sicknick died the day after defending the Capitol allegedly of “natural causes.” I challenge the doctors and medical examiner to deny that he would have made his transition had he not been assaulted by the insurrectionists.

It was estimated that 800 rioters who were convinced that their cause was just by Donald Trump because he insisted that the election had been stolen from them and not only him, crossed the barriers and invaded the building. To date, 500 of them have been charged with federal crimes and many have stated definitively that they were there at the behest of the former twice impeached president.

The Congressional Gold Medal was awarded to those brave officers who stood their ground even as it was trembling under their feet, despite the refusal of 21 Republicans who aligned with the former president or bought into QAnon conspiracies. It took one kind of courage to withstand the onslaught of people who thought of themselves as “patriots,” beating the crap out of Fanone and his fellow officers, and still, another to stand up to those who deny that it was anything other than a lovefest, or that it wasn’t the hellish experience that the officers can personally vouch for.

As four officers testified at the House January 6th Committee, I was struck by the intensity of their words.

“I feel like I went to hell and back to protect them and the people in this room,” Michael Fanone testified. He punctuated his words by pounding his fist on the table in front of him and said, “Too many are now telling me that hell doesn’t exist or that hell actually wasn’t that bad. The indifference shown to my colleagues is disgraceful.”

Officer Gonnell testified that it was not a love fest, as Trump claimed. “I’m still recovering from those hugs and kisses that day,” he continued. “If that was hugs and kisses, then we should all go to his house and do the same thing to him. To me, it’s insulting, and it’s demoralizing because everything that we did was to prevent everyone in the Capitol from getting hurt. And what he was doing instead of sending the military, instead of sending the support, or telling his people, his supporters to stop this nonsense, he egged them to continue fighting.”

Officer Hodges was seen being crushed in a door as his helmet was being pulled off. “I did the only thing I could do, scream for help,” Hodges said. “To my perpetual confusion, I saw the thin blue line flag, a symbol of support for police, more than once, as the terrorists continued to ignore our commands and attacked us.”

One thing that I was struck by in Fanone’s Time Magazine piece was the acknowledgement that he, as well as Brian Sicknick, Sicknick’s mother, and girlfriend had voted for Trump. This is a hard thing to write, and I have thought about it ever since I had heard about Sicknick’s political affiliation. It is not a “blaming the victim” statement. It is the truth that anyone who voted for him bought and paid for this outcome with their votes. I wonder how many of the others who bravely defended not only a building, not only democracy but the lives of every person in that building ( “This ain’t no party, this ain’t no disco, this ain’t no foolin’ around.” ) voted for him and now have regrets.

After the election of 2016, I had a dream in which supporters of the former president, wailed and moaned, “Oh my God, what have we done?” I hope that is true now and that they do everything they can to change the world for the better and stop the destruction and refrain from spreading the Big Lie, speaking against it every time they hear it being touted.

They were referred to as tourists by Georgia Congressman Andrew Clyde.

Tourists don’t erect a gallows, calling for the Vice President to be hanged.

Tourists don’t spew bodily fluids on the floor of the Capitol.

Patriots don’t attempt to overthrow a free and fair election.

Patriots who claim to Back the Blue don’t assault officers with their “Thin Blue Line” flags.

Patriots don’t attack their own government. Remember that the insurrectionists weren’t going to pick and choose who they were going to assault. They were, in many cases, literally “loaded for bear.”

Two Seattle police officers were among the mob and have paid the consequences with their jobs.

Nancy Pelosi was being accused of being ill-prepared for the onslaught. My immediate thought when hearing about that laughable statement was that it was like blaming the owner of a store for being robbed, since if they had armed guards, a security system, or cameras, the invaders would have been scared off.

There was no excuse for the violations of January 6th and the ripple effects that exist to this day. Had these people, some of whom are our neighbors and family members, not shown up on that day, there would have been no need for the officers to defend the Capitol.

Had they accepted the truth, instead of the lies they were being fed, no one in the building would have needed to have donned gas masks, huddle under desks, holding their collective breath as marauders stampeded through the halls. Had the defeated president conceded rather than incited, as has been done throughout recorded history, there would be nothing to move on from.

Frighteningly, there are those among us who simply want to close their eyes and move on from that day. It can’t be ignored and brushed under the rug. The carpeting is getting mighty bumpy. What those who support the Big Lie and the one who perpetrated it forget is that what impacts on one of us, impacts on all of us.

I ask each person who still stands by the former president to imagine what they would have done and how they would have felt had they been present on January 6th on what should have been a normal workday, and had to wonder if it would be their last day on Earth.

It is that devastating and more than possible.