Dear Haters, Thanks for Supporting my Work. 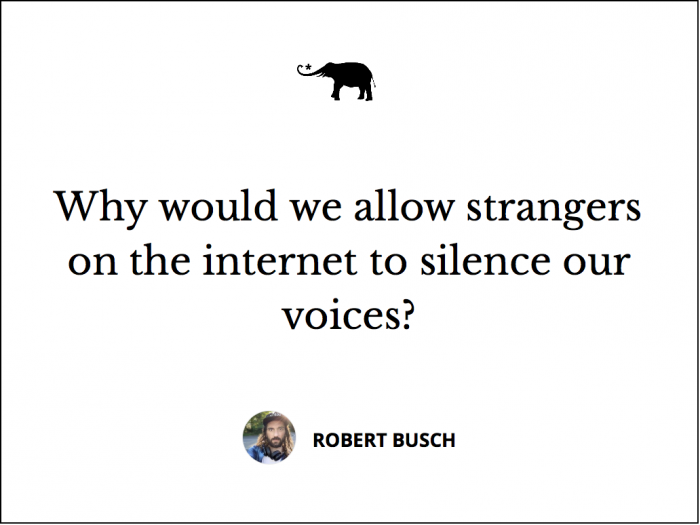 Many of us are scared of angry comments when sharing our voices, but what if we could change our perspective and look at all this hate from a different angle?

If you ever shared your perspective on any online platform, you most probably encountered hate in one way or another.

And I am afraid that there is not much we can do about that. The internet is a beautiful place that allows us to connect with others, share our voices, and inspire readers to think about topics that matter to us.

But it is also a place that has become the home of hate. The moment I publish an article on politics, I am ready for insults flooding my feeds—but that doesn’t stop me at all; it actually causes the opposite.

As mentioned, one of my goals as an author is to make people think about what I have to say. The worst thing happening after writing an article would be if nobody reacted to it in any way.

Before taking things to a personal level, I try to look at them from a somehow nonjudgmental point of view—even if these comments insult me as a person.

If someone takes the time to write an angry comment, it usually means that they also took the time to read my article. And not only that, but they also decided to reach out and share their opinion with me. What an honor!

Unfortunately, that opinion might not be flattering at all. Last week, someone took the time to create a gif with my face in it (what an effort) and called me a meth addict.

As someone who is not a meth addict, I was wondering how that person came to this conclusion. But what fascinated me even more was the fact that this person took the time for all of that. Why did that person care so much about me without ever meeting me in person?

An article about R. Kelly and other men in power who are accused of sexual misconduct caused this outrage on my Twitter feed. I still don’t really know what upset that reader so much, but I do know that the angry comment doubled the reach of my article.

Yes, you read that right, it actually helped me to share my voice with the world.

Of course, I could spend time thinking about why some folks feel so much hate when reading my article, but that wouldn’t be of benefit to my well-being. Therefore, I try to look at these angry voices as a part of the conversation.

Another option would be to stop writing controversial articles because of these angry comments, but why would I give that much power to folks I never met in my life?

It also doesn’t mean that I try to make people angry because why would I?

The point is that if something we write triggers someone else, it already shows that both sides care about this topic. We took the time to share our voices and technically inspired these folks to do the same.

And this doesn’t only happen when we write political articles.

Last week, I had a conversation with one of my colleagues who wrote an article on relationships and got insulted on a personal level. First, we talked about deleting the comments but then decided against that because we were worried about triggering even more angry comments.

And then, we decided not to give any power to these people. The moment we stop sharing our voices because we are scared of the reactions, these people actually achieved their goal—and that’s the last thing we want, right?

Why would we allow strangers on the internet to silence our voices?

Let’s try to change our perspective from questioning ourselves to questioning the motives of these people who insult us. Their comments tell us more about them than anything else. And nothing annoys these online haters more than someone who is not willing to go down the road of personal insults—because that’s how they operate.

We should never ever hold back because of some keyboard Karen or Kyle who spend their days online, insulting others. We should actually feel sorry for them.

What these folks don’t know is that they actually spend time on promoting our work. Wait, what?

Every comment on an article or statement that causes a further conversation tells the almighty algorithms that the content matters to social media users. As explained in the amazing documentary “The Social Dilemma,” every confrontation actually causes more attention on certain topics.

Let’s combine that observation with one of my favorite Charles Bukowski quotes:

“The problem with the world is that the intelligent people are full of doubts, while the stupid ones are full of confidence.”

I believe that every angry comment is like the tip of an iceberg: it’s what we see above the surface, but it doesn’t tell the full story.

There might be one person who really hated what we had to say, but we can almost be sure that there are hundreds (if not thousands) of people who decided against arguing with these haters. The comment section of an article never tells the full story—or do you comment on everything you read?

So, instead of letting these people stop us from sharing our voices, let’s look at them as unintentional support to get our word out there.