Misogyny in the Music Industry: What are we Teaching our Young Boys & Girls? 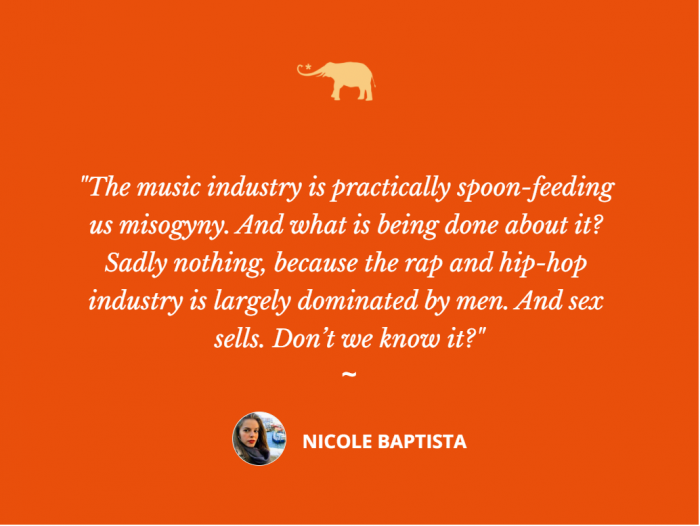 There’s no doubt about it. Music is an art. Music is a great and beautiful way of expressing ourselves—our feelings and our sorrows.

But what about when the lyrics to certain songs are rife with sexism and misogyny? Is this type of music still considered an art?

“Put molly all in her champagne,

she ain’t even know it…

I took her home and I enjoyed that,

These are some of the lyrics to a song by rappers Rocko, Rick Ross & Future. They are evidently promoting the date rape culture. How this song was even allowed to be released, I don’t know. But it gets worse.

Over the past decades, male songwriters have been objectifying women using slurs, derogatory terms, and let’s not even mention hyper-sexualised music videos in order to portray the female gender. These are mostly found in the rap and hip-hop genres, but I have also heard these kinds of lyrics in Reggaeton (latin genre) and pop music too.

The music industry is practically spoon-feeding us misogyny. And what is being done about it? Sadly nothing, because the rap and hip-hop industry is largely dominated by men. And sex sells. Don’t we know it?

These kinds of lyrics are posing a problem to men, to women, and, especially, to our younger generations who tend to like this kind of music. Maybe while we’re listening to these songs, we’re just enjoying the catchy beat and not paying so much attention to the words, but can we say the same for our youth? Do we really want to teach our young boys that the sexualisation of women should be normalised? Do we really want to teach our young girls that it’s acceptable to be objectified to be considered valuable in society?

I can’t count the amount of times I have heard these derogatory terms referring to women in music lyrics.

“She was the perfect ho’ but what do you know

the b*tch tried to gag me

Referring to a woman as a “b*tch” likens her to a female dog, and, of course, suggests she is below men.

Women in the rap industry are also commonly referred to as “hoes” and “sluts,” which portrays them negatively and reveals society’s double standards where men are praised for their sexuality and women, on the contrary, are ridiculed and shamed for theirs. The term “slut” normally refers to women who dress provocatively or portray promiscuous behaviour, and often justifies women’s being blamed for getting raped or assaulted.

“Now listen up and lemme tell you how I did it

yo, I tied her to the bed

I was thinking the worst but yo I had to let my n*ggaz f*ck her first yeah.” ~ One Less B*tch, N.W.A 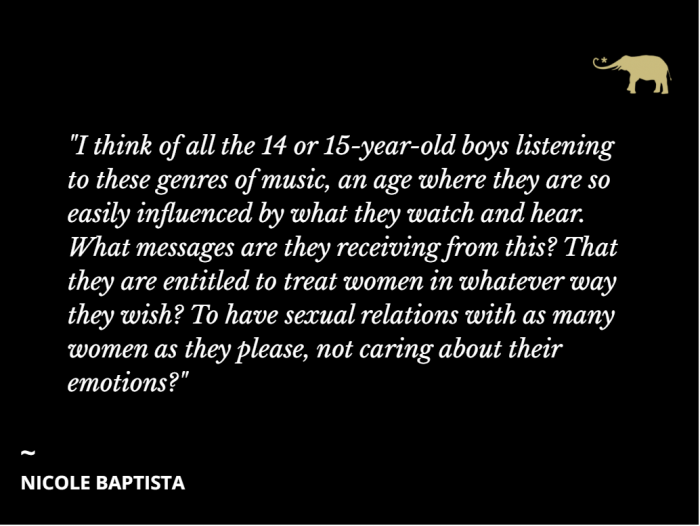 It is also not uncommon to find references of violence toward women in these kinds of music, or, of course, rape. Are we really teaching today’s men that women are only good for sex and to be abused? Because that’s exactly what it looks like. The music industry is telling writers it is okay to create lyrics like these. This kind of music is actually holding back women from going forward in society. I don’t want my future daughters or sons thinking that the abuse of women by men is socially acceptable. Do you?

For a gift I had ten of my boys take her virginity…” ~ Eminem, Amityville

The lavish lifestyle and gold diggers.

Misogyny in the music industry is also shown through glamorizing women’s desire for the luxury lifestyle: gold, private jets, expensive jewelry, cosmetic surgery, mansions, and expensive cars. This is actually exhibiting wealth to be a sex language and, subtly (or not so subtly), claiming that women only want men for their money and luxury lifestyle.

Let’s think of the viral song by Kanye West’s Gold Digger. In this song, Kanye actually villainizes women, suggesting that women are only as deep as their interest in material goods they desire:

“She take my money when I’m in need

Yeah, she a triflin’ friend indeed

Way over town that digs on me.” ~ Jamie Foxx and Kanye West, Gold Digger

The music video to this song is full of women posing in lingerie on the covers of magazines…which leads me to my next point.

Nowadays, it’s rare to see any rap or hip-hop music video without women half-naked, posing in suggestive positions, sitting on the male rapper’s lap, and throwing their cash in the air (think DJ Khaled). In some rap music videos, women are actually performing sexual acts.

Some of these videos look almost pornographic (I’m thinking Robin Thicke’s Blurred Lines) here. Mr. Robin Thicke is dressed in a suit and sunglasses, whilst the three women are strutting around half naked (in the nonexplicit version that is) as they are being ogled by the two singers who are, yes, a couple of decades older than them.

In many cases, this hyper-sexualisation of women is teaching us that dressing and acting in this way is the only way to get male attention and validation. Young girls are being taught that their bodies are a currency for likeability and self-worth. Young women begin to feel like they have to act in a provocative way to get boys to want and like them.

“She was a fast machine, she kept her motor clean

She was the best damn woman that I ever seen.” ~ AC/DC, You Shook Me All Night Long.

This is not only posing a serious problem amongst women, but also amongst men. I think of all the 14 or 15-year-old boys listening to these genres of music, an age where they are so easily influenced by what they watch and hear. What messages are they receiving from this? That they are entitled to treat women in whatever way they wish? To have sexual relations with as many women as they please, not caring about their emotions? That having lots of money will get them as many women as they want?

Male dominance is everywhere, and evidently so even in the music industry. The sad part is that we rarely think about how the patriarchy is being perpetuated through these types of lyrics. We hear these songs on the radio, or at nightclubs and we bop our heads along to them, not realising the type of vulgar, disgusting, unacceptable messages we are unconsciously absorbing.

I will say it: these kinds of lyrics are a cancer to the earth. And if we are not careful, these songs will define this entire era, and the next generation. Or maybe, they already do. 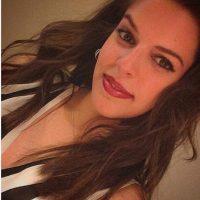 Nicole Baptista is a language teacher & writer from London. She loves writing about the mind-body connection, childhood trauma and self-improvement. Nicole has always been… Read full bio