What a Year without a Toilet can teach you about Life. 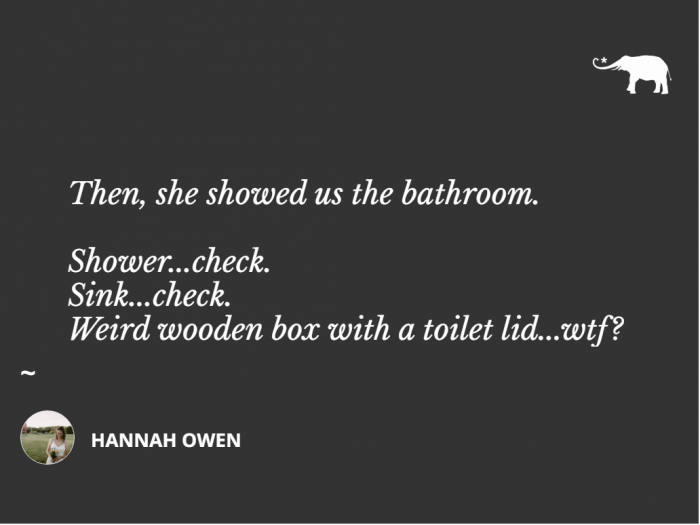 Hearted by and 6 other readers

I went into this adventure with a specific picture in my head: I envisioned a quaint log cabin, a small fireplace, and me curled up with a book and a hot mug in my hand each evening after school was out.

Why was this what I pictured? I have no freaking idea.

I should also mention that I first went into this adventure thinking my boyfriend and I could send all of our belongings to the village. We both were living at home with our parents when I accepted the position, but I had dreamt for years of having my own classroom and my own home. I had so much stuff. So much ridiculously well-organized, never been used before stuff, for when the time finally came.

Well, the time came alright. And we realized we were broke and most definitely not shipping all that crap across the country.

So, I went into camping mode. That means essentials only.

We shipped out cleaning supplies, coffee, those liquid popsicles in the plastic wrap that need to be frozen, and crackers. In our suitcases, we both stuffed in as much practical winter clothing as possible.

And that was it.

Two days of travel later—including one ride from a friend, one subway, multiple commercial planes, one taxi, and one bush plane—we arrived in our new home of Kongiganak, Alaska. 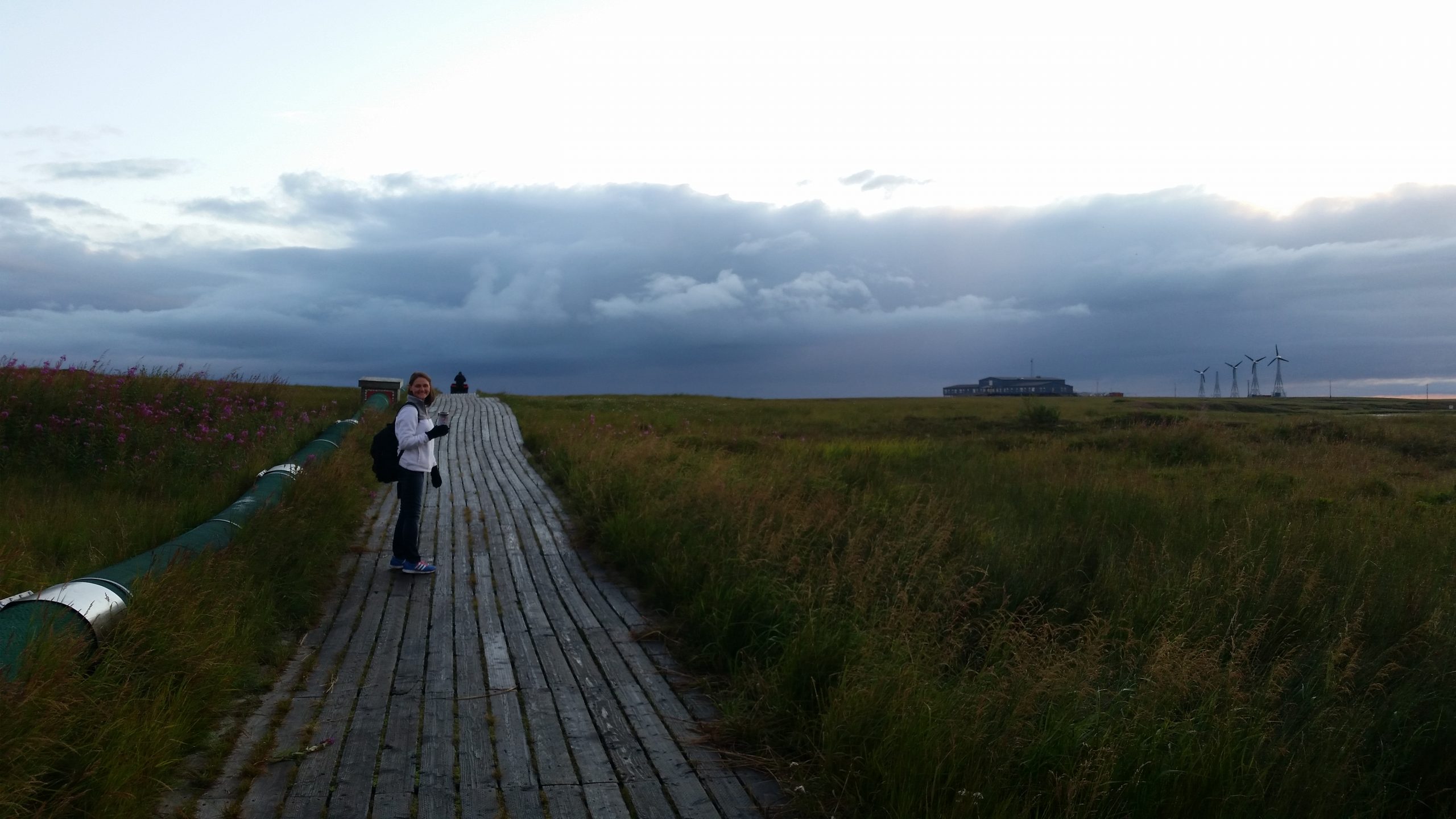 The views were spacious and breathtaking. I’m not sure what I pictured Alaska to be, but I didn’t think this was it. I’m not sure I realized any place on Earth could be this vast. I felt like I could touch the clouds if I tried hard enough.

We were taken by four wheeler to our home, which I had only semi heard about through email. I knew it would be fully furnished, but they were unable to tell me what that meant. I didn’t question it much. They assured me it would have a coffee maker.

As we pulled up, my boyfriend and I were both struck by how much bigger it was than all of the other homes. I remember thinking to myself my gosh, it’s like a trailer mansion.

It wasn’t the cabin I had pictured, but I sure was giddy.

We walked in, and suddenly all I could focus on was how filthy it was. Okay, at least we thought to send cleaning supplies, I tried to reassure myself.

Aside from the dead flies everywhere, it was stark. There was on old, beaten couch and a decent enough kitchen table. It was far from cozy.

Then, she showed us the bathroom. Shower…check. Sink…check. Weird wooden box with a toilet lid…wtf? 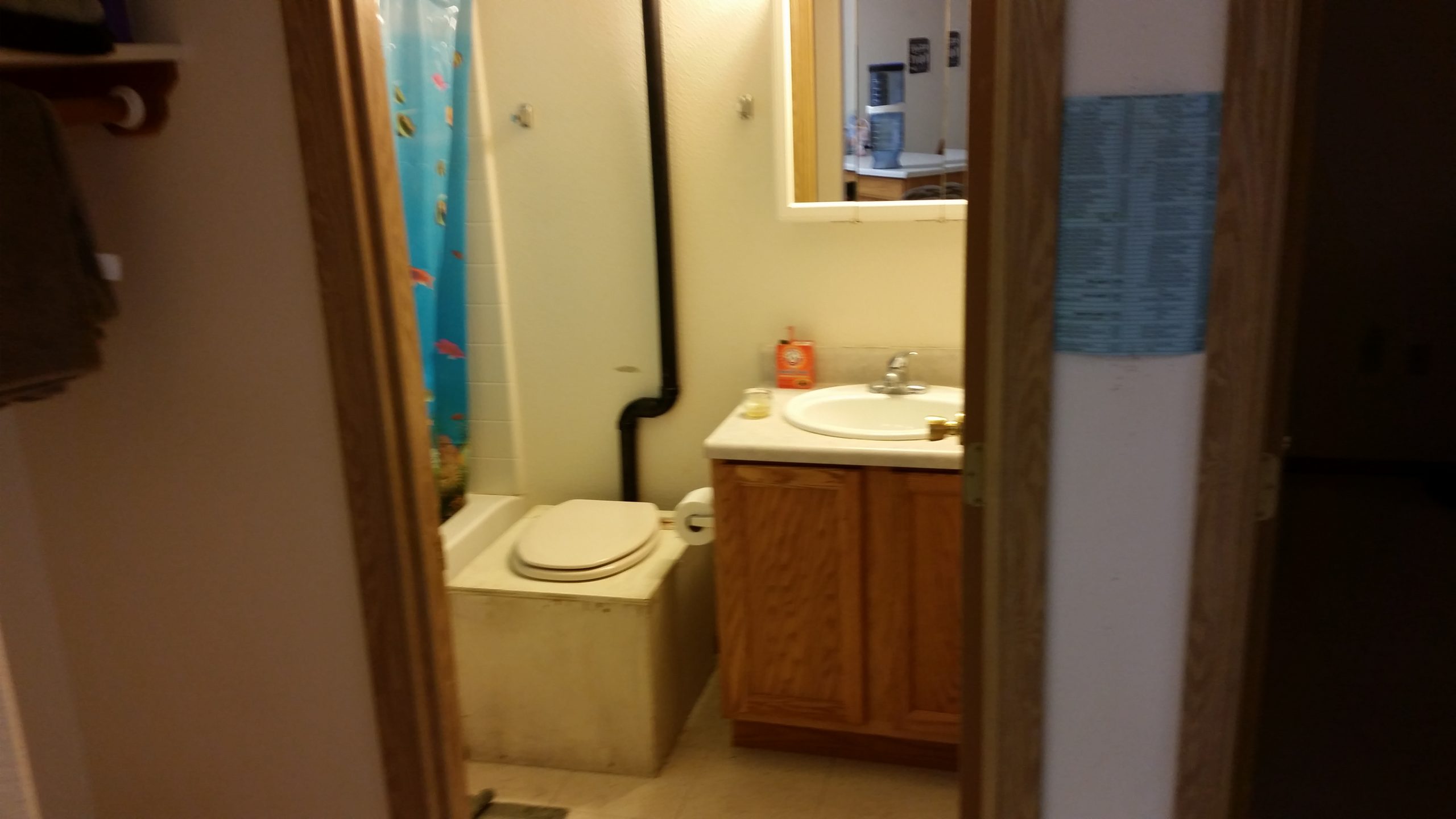 She explained that this was our honey bucket, and that her best advice was for us to always “double bag” our sh*t before dropping it off at the honey dump.

The rest of that evening is a blur, but for the sake of dramatization, I want you to know that I was 24 years old and had only ever lived at home with my parents. I had never lived with a boy before. I was panicked. Could I really hold my poop in for a whole year?

The next day, I left the village by bush plane and headed into the city for a weekend teacher in-service. The first day of training, they did a brain break with us. We were instructed to begin the activity by filling out an index card with our favorite hobbies.

I sat there, pen in hand, unable to think of even one thing I liked to do.

Later in bed, I reflected on this, and I realized that in a matter of a few days I had been stripped of everything that I ever thought made me who I was…essentially, my stuff. And I don’t think the whole lack of indoor plumbing thing helped either. I was a mess.

I’m going to skip a lot of details here, since I’m not trying to write you a book, but I returned “home” from that in-service, and our trailer mansion was sparkling. My boyfriend had spent two full days cleaning nonstop, trying to make it livable for us. I remember walking into the house and feeling such an immense sense of gratitude for him all over again.

We spent that school year immersed in a new culture, making lifelong friends. I learned how to cut and clean both fish and moose and did it using a traditional ulu. I made akutaq (“Eskimo ice cream”) using frozen berries from the tundra. We laid on the gravel runway at night, bundled up, watching the northern lights dance. And we pooped in a five gallon, double bagged bucket.

At some point, I realized I didn’t actually need any of the stuff I left at home in Ohio. I didn’t even want it. I loved that I could focus on my students during the day, and then come home to a house that never needed tidying. Do you know how many dance parties we had in that spacious, empty trailer mansion? A lot. And I had all the time in the world to read books and go on adventures. 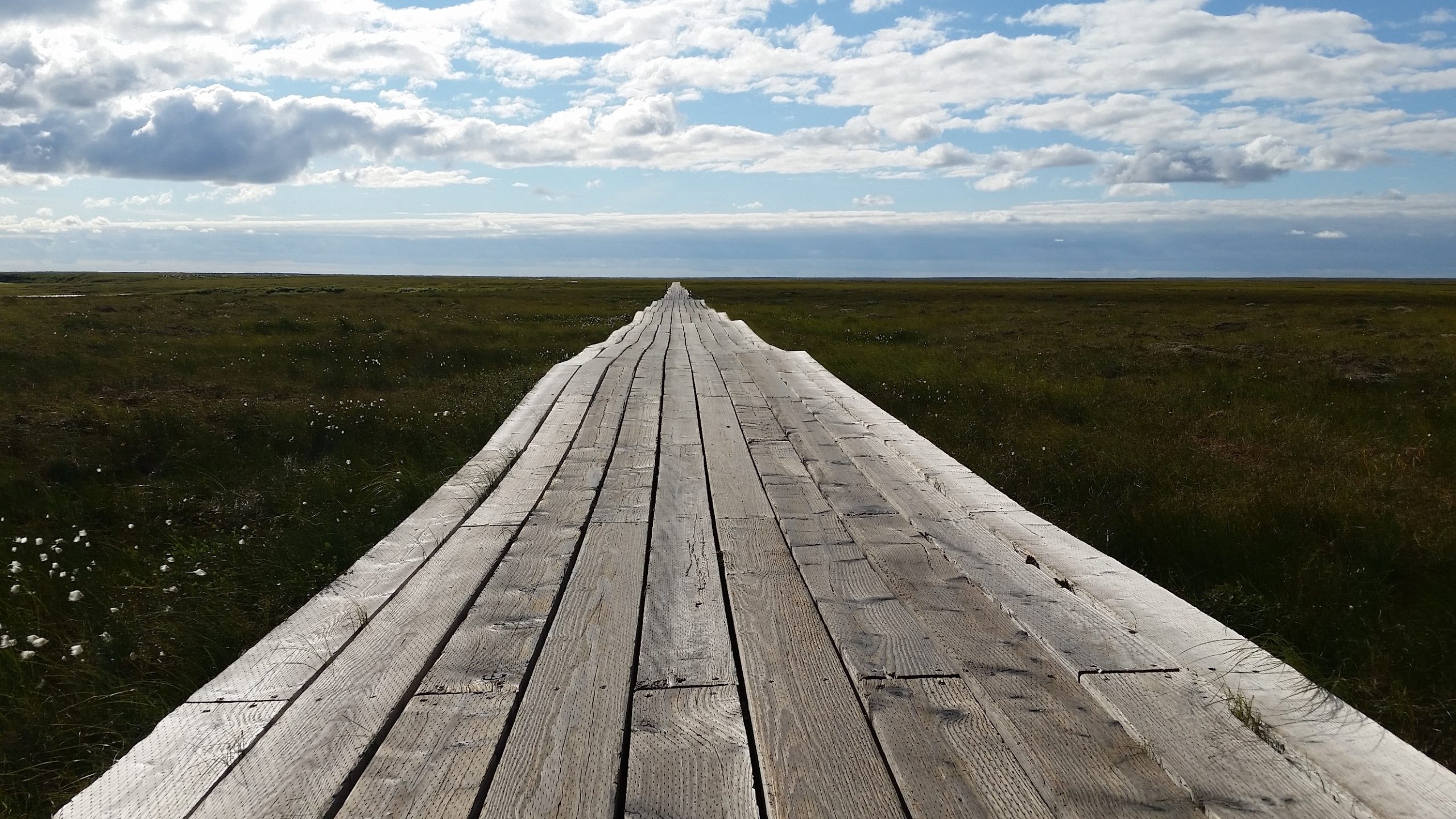 And the honey bucket thing? Well, I realized that if your boyfriend can carry your sh*t to a honey dump for you for an entire school year without complaining, he’s definitely a keeper.

I married that boy, and we are expecting our first baby in January, who has been gifted by our friends with a traditional Yupik Eskimo middle name.

And our current home? We’re back in Ohio, and it’s cozy, but it will never again be filled with meaningless stuff that takes up our time and energy.

We do, however, have a toilet. 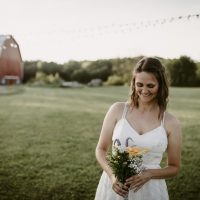