3 Vital Elements for a Healthy Breakup (that won’t leave us Emotionally Wrecked). 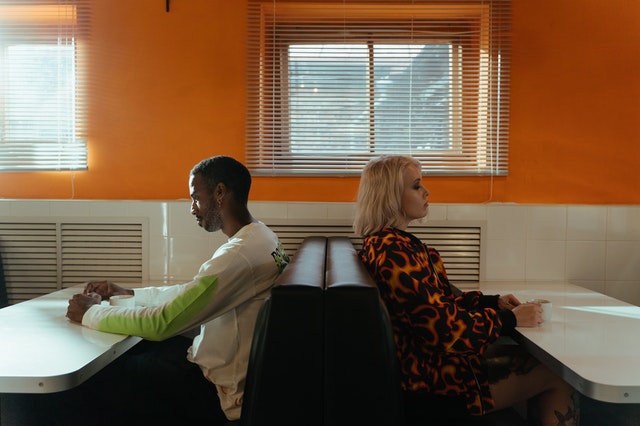 A few mindful reads to heal your heart:

You’ve heard the saying “How we do anything is how we do everything,” right?

Well, I’ve found that that’s especially true when it comes to how we do relationships.

And nowhere has that been clearer to me than in how my past relationships have ended.

I’m intimately familiar with breakups, particularly ones that seemingly come out of thin air. Breakups that have left me fuming in rage or drowning in questions. Breakups that could be described as varying levels of ghosting. Breakups that made me wonder, “Who the hell have I been dating this whole time?”

These experiences, even though they were ultimately the best thing for me, left me emotionally wrecked at the time (some more than others), or at least nursing a wounded heart and a bruised ego.

All except for one.

We met online and spent a few great months talking and going on real dates, planned with care and intention. Our conversations didn’t feel forced, and we genuinely seemed to enjoy the time we spent together. But life got a little hectic and although we kept talking regularly, we ended up not seeing each other for a while.

Once life settled down, I figured we’d resume our once-regular dates. And while that was a priority to me, I got the feeling that it wasn’t a priority for him, at least in that moment.

I could feel myself shutting down. I could feel my tone change. I didn’t see the point in putting energy into something if we weren’t on the same page. And as had been done to me in the past, I decided this rushed phone conversation would be the end of things.

But he could sense that I was shutting down. He noticed my tone change. And he didn’t let me off the hook that easily.

He told me we should talk this out—in person. He insisted on setting a date to come see me so we could figure out what we wanted to do—together.

I resisted at first, because, I thought, why prolong the inevitable. If it’s not going to work long-term, shouldn’t we just cut it now? Save ourselves the heartache? But there was a part of me that was hopeful we could work things out. And even if we couldn’t, it was the first time I was being offered the opportunity to do a breakup differently.

So, I agreed to go. And, as promised, he showed up and took me on what would be our last date. And in those few short hours, we talked about what we both wanted from life and relationships. In that conversation, we realized that we weren’t really on the same page (although we both tried hard to be) and that neither of us was willing to give up our vision to live someone else’s.

And the best part? I didn’t feel emotionally wrecked afterward, because we had talked through all the feelings. I wasn’t left drowning in questions, because I’d asked them all already. I wasn’t left wondering, “Who the hell have I been with this whole time?” because he showed me exactly who he was when he insisted that we not end things with a hurried phone call. When he insisted that we end things the right way.

There are three vital elements that I think every healthy breakup needs. And strangely enough, they’re some of the same elements we need for a healthy relationship. (Funny how that works, right?)

Something tells me we’ve all been lied to, in some way or another, during a breakup. Whether they were lying to cover their own ass or lying to spare our feelings, it all hurts just the same. But the flip side of that are the people who are so honest that it borders on brutal.

As I sat across from this guy who I’d grown to care about, I was impressed by his honesty, by the way he was upfront about what he was and wasn’t looking for. But I was even more impressed by his compassion, by the fact that he took my feelings into account and chose his words with care. And he showed that same care in the way he listened and reacted to my honesty.

Owning up to our decisions isn’t always easy, especially when those decisions lead to an ending. I can’t even count the number of excuses I’ve heard from guys about why our relationship isn’t working. What I haven’t heard from most is accountability—how they contributed to things falling apart. And no, “It’s not you, it’s me” is not accountability.

But this guy was upfront about his limitations. About what he could have done differently. And about why he didn’t do things differently. Not everything was easy to hear, but there it was: accountability. And when someone is owning up to their choices (with honesty and compassion), it makes it so much easier to be understanding of where they’re coming from and why they chose what they chose.

In case I haven’t made this clear: text breakups are not okay. Neither is ghosting. Or angry, blame-filled, hurtful phone calls. Or cheating. Or claiming the relationship can’t work because you need to get engaged to your ex-girlfriend in order to apply for a visa and avoid deportation. (I wish I was making that last one up.) None of these breakups scream respect. In fact, they just scream toxic and dysfunctional.

Because I had never experienced a respectful breakup before, sitting down and talking through things in person felt strange and uncomfortable. But then I realized that this was exactly how we got to know each other in the beginning: talking face-to-face, spending time together, asking questions, and being willing to hear the answers. How lucky were we to be able to end things the same way? Once I looked at it that way, I was able to accept how it all turned out.

When we start dating someone, we don’t plan on breaking up. But the truth is that most of the relationships we begin will one day end. Shouldn’t we do everything we can to inject some honesty, accountability, and respect into that ending? Shouldn’t we aim to create a relationship—and a breakup—that we don’t have to recover from?