Yes, it Can Happen Here. 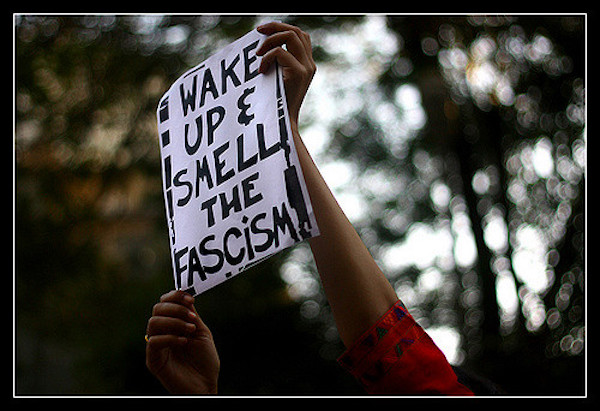 Growing up, I was taught to hate Germans.

My father did with a passion. It was not unusual for Jews like him in the 1950s to feel such resentment. After all, the crimes of the Holocaust were fresh in their minds. Dad refused to ride in a Volkswagen, which Hitler designed, and would have pulled out his fingernails before he revisited Germany.

In 1964, we were forced to fly on Lufthansa on a charter flight to Switzerland. Dad mumbled that the pilots probably once flew for the Luftwaffe.

They most likely did.

It was only after his death that I discovered in his possessions a program for the 1946 Nuremburg War Crimes Trial. As a U.S. Army officer serving during the occupation of Germany, he was allowed access as an observer. Although he never mentioned it, the facts revealed there must have scarred him forever.

At the time, it was assumed that genocide was some unique Germanic trait. Historians, psychologists and sociologists all concluded that a lethal mix of anti-Semitism, romanticism and Nietzsche had led an otherwise civilized Western democracy to embrace a psychopathic monster. The population in turn had obediently followed along and pretended to have no knowledge of the atrocities being committed in their name. “I had no idea such terrible things were going on,” became the catch-phrase of the Good German, the one who chose not to look.

Subsequent events, however, have proven that mass murder can happen in any nation on any continent. The Killing Fields of Cambodia, the horrible slaughter in Rwanda, ethnic cleansing in the Balkans and the bestiality of the Islamic State all prove that “Never Again” has happened again…and again. No rationale was needed. A friend of mine who does global conflict-resolution work once asked a Rwandan colleague to explain the Hutu massacre of the Tutsi. He answered, “It was as if we had all gone insane.”

Such a statement begs the uncomfortable question for Americans: Can it happen here?

Although many dystopian novels and movies have answered in the affirmative, Americans prefer to believe they are inoculated against any form of authoritarian fascism. After all, we have 240 years of a democratic process whereas Germany had only 15, and that was only under the weak Weimar government. America is not a monolithic community, and wrote into its Constitution guarantees of freedom of speech, religion, assembly and the press.

During the Gulf War of 1991, I received my own personal wake-up call that we, as a nation, were not immune to blind obedience. It was obvious to anyone paying attention that the purpose of the war was to prevent Saddam Hussein from controlling the oil flow of Kuwait and neighboring Saudi Arabia.

Before we began bombing, plenty of Americans had reservations about what we were about to get ourselves into. Once the assault began, however, the flags and yellow ribbons prevailed. Support for the war was expected, as the official line from the White House was that the it’s purpose was to protect “human rights” in Kuwait.

I assumed this blatant lie would be seen through and dismissed. Instead, all of America, including the docile media, embraced it as a raison d’etre: We were not fighting to protect our oil supply; we were sending 500,000 American soldiers to the Middle East because we were nice, noble people.

Unmentioned was the ghost of the Vietnam War. This time we would do it right and support the troops. As a result, the ensuing victory parades were larger than those staged in 1945.

During the Gulf War, a curious thing occurred in my little town of Shelburne Falls, Massachusetts. A bridge spanning the Deerfield River hosted two vigils a week apart, one at each end. On one side were the peace activists, including me; on the other were those who supported the war. There was an unspoken agreement that each group would stay on their own end. This was obeyed until after the ground invasion signaled victory.

That next week, the war supporters marched across the bridge and surrounded us with their flags and Lee Greenwood chants. What frightened me was not their tactics of intimidation, but the vacant expression on their faces. Their blank stares struck me, as they seemed like people who could easily send innocents into the gas chamber if ordered to do so.

A terrible revelation alerted me that it could easily happen here. I wonder if the mass slaughter of the retreating Iraqi Army and the 100,000 Iraqi children who died as the result of our sanctions ever made a dent in their consciousness.

In August 2015, when Donald Trump burst on the scene after he described Mexicans as “rapists and murderers,” I wrote an editorial for my local newspaper comparing him to Hitler. As a Jew, it was not a statement I made lightly.

Here was a demagogue scapegoating an entire people while striking a nerve with his audience. I warned that in the beginning, nobody took Hitler seriously. He was a comical figure with goofy hair and a loud mouth who would soon fade away. And if, by some miracle, he came to power, he would moderate his rhetoric and become a responsible leader. History proved, of course, that Adolf Hitler did nothing of the sort.

Donald Trump followed an identical trajectory with the same result. In less than a month since his inauguration, he has initiated policies that have scared the hell out of most Americans. His assault on free speech, the assertion of “alternative facts” by dubious mouthpieces and his threat to refugees and immigrants have been aided and abetted by senior advisor, Steve Bannon, an open admirer of fascism and the neo-Nazi ideology.

If there is any hope, it lies in the millions of Americans who are fighting back in the name of democratic values and the Constitution.

The question is: Will they succeed, or give in to the “resistance fatigue” and become 21st century versions of the Good German? 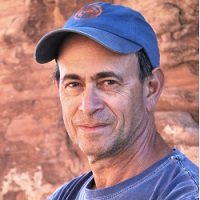