3 Sexperts on When they First Learned Making Love was Spiritual. 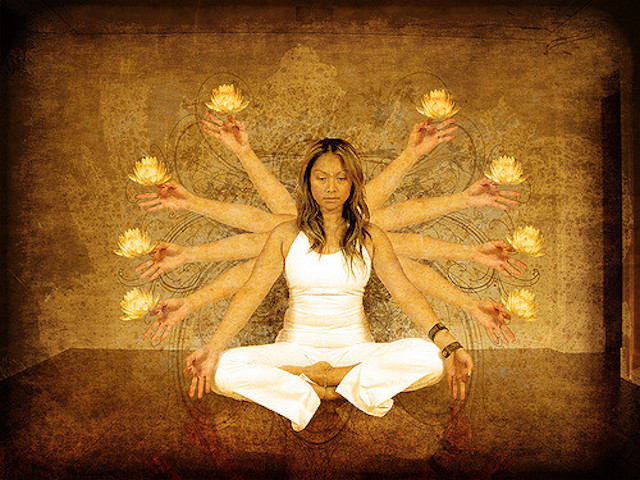 Even though there is an ethereal quality to my orgasms, I did not fully comprehend the link between sex and spirit until I read the book Urban Tantra by Barbara Carrellas.

That’s when I finally realised that the energy generated from sex is just that—energy, and it can be channelled much like my Reiki energy. To further my understanding, I began my radio show Eros Evolution to explore the link between the two more than two years ago.

For sexuality educators to do the work we do, we first need to know for ourselves the link between sex and spirit. I was curious when my other sexpert colleagues first learned sex was spiritual. So, I spoke with a few to find out:

“Sexual energy is one of the most potent forces in existence—none of us would be here without it. I was raised Christian and sex was revered as something sacred that was reserved for committed relationships. In that context, sex was focused on procreation. As someone who chose not to have children, I found this emphasis limiting.

It wasn’t until I met my most recent lover, who has been cultivating the ejaculatory choice (and choosing not to ejaculate) for nearly 20 years, that I began to understand and experience sex as spirit in a way that resonates with my being.

One of our first agreements was to take the goal out of sex—I was no longer chasing peak orgasm as the destination for my sexual engagements. This simple practice has changed everything for me. Sex has become a conscious union that invites me into the moment—every moment—to feel myself. It can be used for procreation, recreation, rejuvenation, and transformation.

I, for one, am a transformation junkie. I use sex to explore the limits of my being and move beyond personality to reach that elusive state of bliss, ecstasy, and oneness. And the only way to get here is by slowing down and becoming present to every moment, every sensation. By letting go of ‘having’ an orgasm, I become the orgasm. This is where I commune with the divine.”

“My first glimpse into the connection between sexuality and spirituality came in my mid to late teens. At the time, I was studying anatomy and physiology of the female, and the Kama Sutra. I was also on a quest of sorts at this period in my life to find a religious philosophy that resonated with what I was feeling.

As a child, my parents tried to instil a Catholic belief system on me. The repression of sexuality seemed in complete contradiction to what I was feeling throughout adolescence and didn’t sit right with me. During my search, I was introduced to an array of gods and goddesses—deities that were symbols of sexuality and invoked or worshiped in celebration of it.

It wasn’t until well into my career as a sex and intimacy coach that I had my own spiritual awakening. It wasn’t until then that I was able to fully understand and embrace the connection between sexuality and spirituality.

Depending upon your personal definition of ‘spirituality,’ it is clear that they are not only linked, but that they are integral parts of each other. Sexual energy is the most powerful force that we, as humans, carry within us. It is the same energy that created the universe and all living things within it.”

“Marvin Gaye described it best in his hit song, ‘Sexual Healing.’ Sadly, the sacredness and truth behind the healing power of sexuality has been stripped from us for millennia. The divinity, grace, and importance of the female orgasm has been suppressed, oppressed, distorted, and objectified to keep us from returning to our wholeness and holiness as women.

This gift of pleasure that has been bestowed upon humanity must be restored in all of us to truly heal, and reach our full potential as human beings. It’s time that we choose to understand how our miraculous vessels work.

As I began my healing journey, I recognized that sex—when fully seen for what it is—is a gateway to the divine. As someone who has personally dealt with sexual abuse, I can’t stress the importance of reclaiming your body and your mental, emotional, and spiritual well-being. Whether it’s past pain that was inflicted on us, or the narratives we’ve bought into as a collective regarding our sexuality, it’s time we rise above it.

The clitoris is a masterpiece of our bodies that should be understood and respected. It isn’t an accident that the chemicals the body releases during orgasm improve our immune systems.

Within the ability to fully surrender into a state of ecstasy, we tap into the vibration of bliss, peace, and serenity. In this unconditional love space, we’re able to experience a plethora of goodness for the mind, body, heart, and soul. When we’re able to free ourselves of all that binds us sexually, mentally, emotionally, spiritually, and physically then clarity, creativity, wellness, and intuitiveness can flow more easily through us.”

These are their stories. What’s yours? When did you first learn sex was spiritual?

7 Sexperts on the Link between Sex & Spirit. 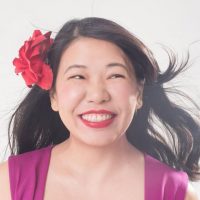 Dr. Martha Tara Lee is the founder and clinical sexologist of Eros Coaching. She is a certified sexologist with a doctorate in human sexuality. She provides sexuality and rela… Read full bio