Why I use Dead Dad Jokes to Get Through Father’s Day. 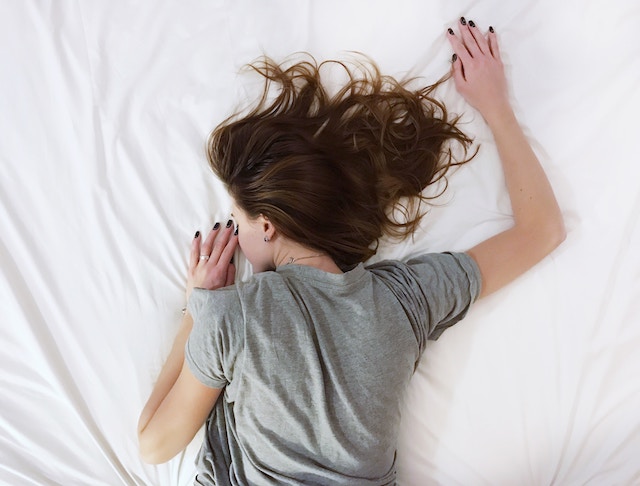 “Remember that time dad died? That shit was crazy,” I texted my mother.

“So random of him,” she quickly responded.

I grew up the ultimate daddy’s girl. I danced on his feet, hung on his arms, and jumped on his back. I never wanted to let him go.

He filled my childhood with bike rides and rocket building and poorly constructed braids in my hair. He showed me how to drive a boat, drive a car, and later, a legs-free van. He taught me how to use an electric saw, make tortilla chips from scratch, and cast a fishing rod.

He threatened to remove my door every time I slammed it and brought me home flowers “just because.” He’d do that weird “cheeseburger macaroni” dance at the dinner table and sneak sodas into my closet without telling mom and get me Taco Bell right before dinner. We had our own little language.

I am so my father’s daughter.

My dad was sick for six months before I knew it was cancer. My rugged, outdoorsy, up-for-anything dad had his share of injuries and operations, so when he was going to the hospital for “back problems” my sophomore year of high school, I didn’t question it. This man once cut through some of his arm with a chainsaw and didn’t flinch, single-handedly built an additional bedroom onto our house, and could calmly put out a grease fire while sipping a beer. He was fine.

He was the life of the party with his “he says to me and then I says to him and then he says to me” stories that had everyone doubling over in laughter, and he never missed a chance to tell that ridiculous bear story.

“I was so scaredt,” he would repeat while we made fun of him.

“Scaredt dad? How big was the bear?”

We were the family that could dish it out and take it. When he got sick, we leaned on that humor.

One afternoon, he came home from a doctors appointment and announced that he had learned a magic trick. “Dun dun dun Duh,” he sang loudly as he ran his fingers through the left part of his hair. “Dun dun dun Duh,” running his fingers through the right. In one swift movement, he threw his hands in the air for the grand finale, revealing two large chunks of hair he had started to lose doing chemotherapy. We applauded.

Another afternoon he rolled in on his wheelchair and announce that he had gotten more bad news from the doctor. “I…I can’t walk,” he said dramatically. “You’re an idiot,” I responded.

Some days—some really hard days—jokes were all we had. As my mother once described it, “Cancer is horrible, but humor makes it all a little less horrifying.”

“I think you need to come to the hospital,” my mother texted me while I was up late watching “Dead Like Me” in my college apartment. My dad had been transported there by ambulance the night before and I was in the middle of being quite pissed off that no one had called me about it immediately. This was a normal occurrence for our family—the ambulance, the hospital stays, texts like this—so I was sure I had plenty of time to be pissed off.

Seven hours after receiving my mother’s text, I heard my father flatline from the other room and threw myself into a hospital wall. “I’m not ready for this,” my mother wailed from the floor beside his bed. I’ll never forget that sound.

The days following blended into one giant, never-ending “Law & Order” episode. There were Costco platters and cookie trays, unanswered text messages and phone calls, knocks at the door, strangers crying, hushed-whispers, concerned stares, upsetting tributes and a frenzy of people asking the infuriating question: “How are you?”

“In the criminal justice system, sexually-based offenses are considered especially heinous,” I mumbled under my breath at the start of every show. “These are their stories.”

My worst fear had come true. My dad, my best friend, the man who was supposed to walk me down the aisle and be in the hospital room during the birth of my children and be there for everything, really, had died. I will marry a man who will never know him. I will raise children who will never call him grandpa. And I’ll never have the pleasure of another conversation or fight with him.

Two days later, my mother and I were reluctantly sitting in a dressing room looking for pretty dresses to wear on the worst day of our lives. After the tenth black dress, my mom threw up her arms in frustration and joked, “Does this dress say grieving widow?” We burst into laughter. I immediately followed with, “Or ‘I just lost the most important man in my life?'” We were in hysterics.

“Dude, dad DIED,” I said, laughing so hard now that I almost couldn’t finish the sentence. “I know—what. the. fuck,” she said, almost collapsing on the floor. It was the first moment of relief from that painful chest-tightening, heart-stopping, full-body emptiness.

Eventually, the jokes became a way of handling the awkward pauses and uncomfortable interactions. Talking about my father in normal conversation seemed to freak people out. The energy, the vibe, the dynamics would change. I decided if it was always going to be uncomfortable, then I was going to make it uncomfortable—really uncomfortable.

“Ah man, my watch died, just like my father did a few years ago.”

Making jokes was my way of saying both “you can grieve with humor,” and “I’m not going to pretend for your comfort.”

The morning of the five-year anniversary of my father’s death, I woke up sick to my stomach and drenched in tears. My body felt like the blood had drained from it. I was in so much pain, I thought my heart might stop.

For two hours, I wailed and scream-cried and wished it all hadn’t happened. When the weight started to lift from my chest enough to go make myself some coffee, I grabbed my phone.

“Remember that time dad died? That shit was crazy.”

There will always be some people who just don’t get it. That is something I’ve become okay with. Humor, this poorly-timed, often uncomfortable humor is him.

And I am, after all, my father’s daughter. 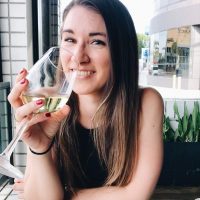 Annie is a writer and minimalist from Los Angeles. … Read full bio

The First Father’s Day without a Father. The Best (Worst) Dad Jokes for Father’s Day. Happy Father’s Day to the Men who Love like Superheroes.
See relevant Elephant Video