I Loved Him—at least I Think I Did. 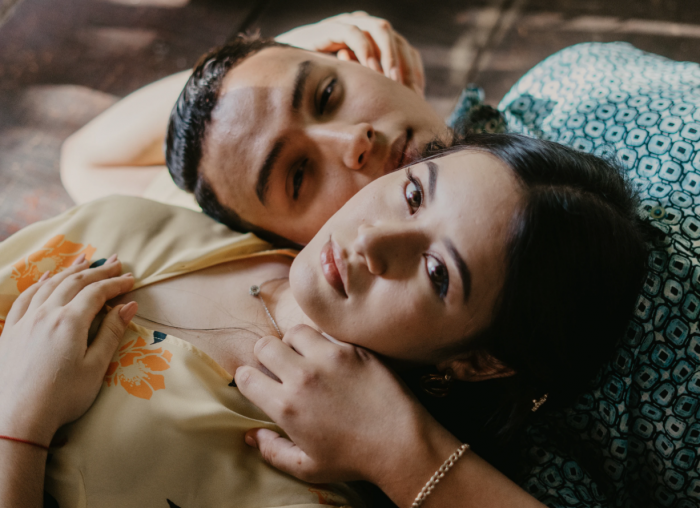 Deep healing can be dark humor.

It’s so tragic and all-consuming when the wave of sadness and sorrow comes, but then, there’s a glimpse in the bathroom mirror. The reflection shows the swollen eyes, the blotchy face, and the snot. At that moment, it becomes so ludicrously funny, and the question, “how long are you going to allow yourself to suffer?” gets stuck in the throat.

The other day, I felt on top of the world before reality sucked me back into the memories and pain. He came into my mind when he was late paying my monthly support. We were together for almost nine years, and in the divorce, he agreed to give me a small monthly payment for three years. Enough of an amount where he would think twice before he abandoned another wife, I believed.

He was four days late making the payment, and with not working because of the pandemic, I relied on this money to make ends meet. My mind went to the person he so often was—an illusive gaslighter who would go MIA when we weren’t together (which was often as we were in a long-distance relationship).

He would create fights, so there would be tension, and he could have an excuse to pull away from our relationship. There were times of no contact, with zero response to texts or calls for days and sometimes, weeks. Other times, when I did get through, he would get upset because he was busy, and I bothered him. Often, he would hang up and block me—my supposed life partner.

That’s how our marriage ended when he did the unthinkable once again. He abandoned me after a year and a half of marriage. Something, in all my ignorance, I thought would never happen once we were married. He disappeared for six months. The only reason the ghosting episode ended was that I called, forcing him to help me move out of our home and deal with our joint belongings.

I had spent so many years filled with worry, often wondering what was happening, and feeling abandoned. So when the payment wasn’t there, my body remembered, and I felt transported into the past. Having to think of him again, after almost two years, was jarring to my system. I had created a wall so thick, made of impenetrable steel, where I placed him firmly on the other side. These thoughts were unwelcome and uninvited.

“How come he didn’t deposit the money?” He never sent me an email explaining why the payment was late. We were in the middle of COVID-19, so I started to answer my question with a ton of others (a habit that I had already developed with him).

“Maybe the virus is preventing him from sending it?”

“Maybe he’s sick or his parents are sick?”

“Maybe he’s working up North and can’t get to a bank?”

You get the picture.

Then, within a day of these whirling thoughts, his daughter posted on Snapchat. I had been following his daughters (both of them) as a way to watch them grow. He has never been a part of their online stories and has never been on social media. But, there he was, sweaty, in a paint covered shirt, walking barefoot into the room of a house I had never seen before.

He was talking to someone out of view, as his daughter began to film him. When he saw what she was doing, he became upset and walked toward her insisting she stops.

My heart froze. I could see he created another life.

I felt gutted and returned to the place where my feelings never mattered. I felt angry he had moved on, with no apparent scarring. I felt sickened that he appeared fine, healthy even, except for the fat around his middle. I also felt sad for the imagined girlfriend he was speaking to. Seeing him on the screen, in a lovely house, alive and not suffering, created more thoughts that rushed my mind.

“Where are they? Is that his house? A girlfriend’s house? He’s not sick.”

I still feel shocked and dismayed that I stayed with him for so long. I’m learning a lot about abusive relationships now. And I know that he was all I believe I deserved. I know that I was living the relationship I had seen modeled through my parents.

I know that he showed up so I could work on my self-worth and my “father issues.” But still, after all this time, the shame rolls in. “Why did I let someone treat me like that?”

During those years, I fought with him, trying to get some power back, but would stop whenever I thought I would lose him for good. An underlying code that kept the cycle of abuse alive until I was stronger. I felt so alone and exhausted. When the pain came crashing into the present, I knew I had to shift something. Another level of healing was in my face, and this time I had to be brutal and cut even more ties.

The following day the sun came up strong, and I followed suit. After my morning coffee, I went to my phone and unfriended his daughters on social media. I couldn’t take the chance of seeing him any longer.

Then, after a hike up the mountain, I sat down at my laptop, put my headphones in, and listened to the songs that brought me back into our world. My tears flowed while I deleted the remainder of our photos off the computer. There was a lot—many years of silliness and laughter woven together tightly by the wounds that festered.

I loved him, or at least I think I did. I’m not even sure if what I had with him could even be called “love.” It was written in the stars, that’s for sure, but so close that all it did was burn.

I decided to keep the wedding photos, nestled in a file labeled with his first and last name. As if I might forget what’s there by just using his first name. Maybe there’s an unknowing knowledge that the day will come where his name eludes me. It wouldn’t be the first time that this has happened with an ex. That’s when you know there are no vestiges of attachment left.

I can see myself in the future, deeply lined and bent with age, coming across an old wedding photo, then a brief moment when I think, “Who’s that again?” 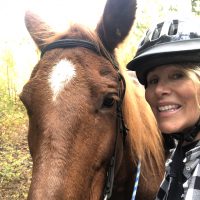 Michele is a Holistic Practitioner with over thirty years of practice as a RMT, Ayurvedic Practitioner, Yoga/Meditation Teacher, and Biodynamic Craniosacral Therapist. She is … Read full bio

18 Relationship Red Flags Every Woman Should Know. Why She Finally Left. If you Love her, Don’t Destroy Her.
See relevant Elephant Video