Eating Animals, but at What Price?—Factory Farms & a Public Health Crisis. 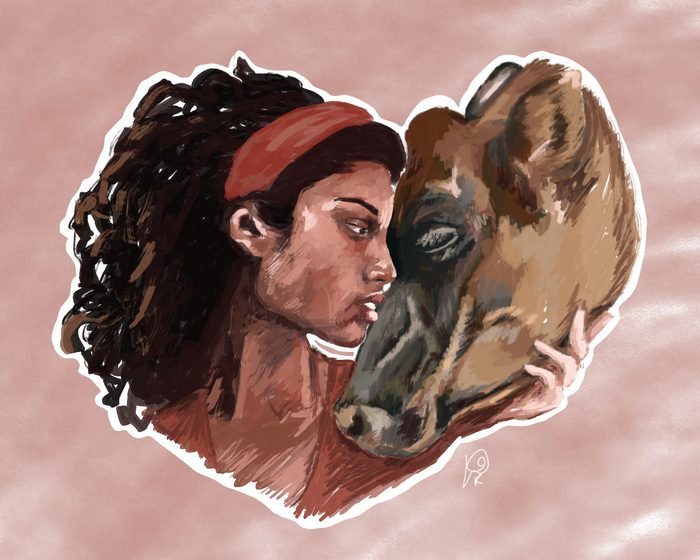 If we truly want to change our unjust systems, we have to be brave enough to look them in the face.

The way poultry and meat are produced is an inconvenient truth. Just like racial injustice or climate change tell us that our systems, which we have created to live a comfortable life, are sick to the bone.

I learned about the life of a modern chicken and turkey, with thousands crammed in factory farms, from birth to the moment they get transported to the slaughterhouses—again with thousands on a truck—to the process of arriving, and machines cutting their throats open and “kill-floor” employees, not seldom underpaid immigrants, prepare the flesh for the consumer market.

A whopping 90 percent of the meat we consume globally is factory-farmed meat (in the United States it’s even 99 percent). Unless you deliberately search for an alternative, you can be certain that your ham, your burger, and bacon are factory-farmed.

And you can be certain that you’re eating tortured flesh; even the flesh that has a quilt-soothing, animal-friendly, and certificated organic label, Foer demonstrates in his book.

The most likely chance of consuming “animal-friendly” meat, though, is meat that comes from small family farms, which have become a curiosity these days. The best chance for “happy cow meat” is in the hands of small farmers who see the animals as more than only capital.

Small farmers, however, can’t compete with the mechanized and consolidated farms that have been created over the years and are the norm these days. It isn’t even called a farm anymore, but a Concentrated Animal Feeding Operation (CAFO) also known as a factory farm. These CAFOs are huge industrialized farming operations. They contain tens of thousands of animals tightly packed together, without having any space to move or walk around, and without seeing any natural light. Factory farms house as many animals as possible.

CAFOs are efficient and profitable, and you see this model all over the world. In the worldwide poultry industry, 50 billion birds each year are raised like this.

Here’s an example of how efficiency and profit look like (from “Eating Animals”):

“Piglets tend to wean at around 15 weeks, but on factory farms, they will typically be weaned at 15 days and increasingly as young as 12 days. At these young ages, the piglets are unable to properly digest solid food, so additional pharmaceuticals are fed to them to prevent diarrhea.

The weaned pigs will then be forced into thick-wire cages—’nurseries.’ These cages are stacked one on top of the other, and feces and urine fall from higher cages onto the animals below. Growers will keep piglets in these cages as long as possible before moving them to their final destination: cramped pens. The pens are deliberately overcrowded as “overcrowding pigs pays.”

Without much room to move, the animals burn fewer calories and get fatter on less feed.

Piglets who don’t grow fast enough—the runts—are a drain on resources, and so have no place on the farm. Picked up by their hind legs, they are swung and then bashed headfirst onto the concrete floor. This common practice is called ‘thumping.’ ‘We’ve thumped as many as 120 in one day,’ said a worker from a Missouri farm.”

The life of a modern bird, pig, or cow–it’s a dark pit to descend, and most people don’t want to go there. Maybe they know more than they admit, but mouths only open to taste the flesh and close again to digest the meat that derives from a whole life of suffering. The way humans treat animals is one of the blind spots we have—and it’s an ugly one.

If we care about the humane treatment of animals, we should care about eating animals. For his book, Eating Animals, Foer also dove into the issues of the underwater world and its inhabitants, such as the modern fishing techniques that cause disproportional suffering to sea animals.

Animal cruelty is one thing.

The animal agriculture sector is an important contributor to climate change as it’s one of the world’s biggest sources of climate-altering gases, the vast majority of which come from meat and dairy production. If cows were their own country, they would be the third-biggest greenhouse gas emitter in the world.

Animal agriculture is responsible for more than half of the global greenhouse emissions. With a plant-based diet and sustainable agriculture policies, we can make a true difference here. Harmful practices of unsustainable animal agriculture are, amongst others, deforestation, water pollution, and habitat destruction.

Factory farms are ticking time bombs, as they are pools of viruses. Virologists and health experts from organisations such as the World Health Organization have been ringing the alarm bells for years already.

Since football-field-size factory farms house as many animals as possible—beaks and snouts cramped, stress crippling the animal’s immune system, and ammonia from the decomposing waste burning their lungs, without fresh air and sunlight—pathogens that could cause pandemics are having a party every single day with so many hosts to pick from.

A virus needs hosts to survive, and the more hosts, the more chances for the virus to replicate and mutate and a new virus emerging and possibly transmitting to humans (zoonosis). For example, the Asian flu in 1958, that caused between one and four million deaths worldwide, or the swine flu pandemic in 2009, which was relatively mild with an estimated 141,000 to 575,000 deaths worldwide.

Also, bacterial diseases can easily spread in factory farms. Sick or not, livestock is treated with antibiotics, and mutated bacteria can become resistant to antibiotics, which too is an extreme danger to human health when it spreads into humans.

Much attention has been paid to the wet markets in China—highly likely the roots of the novel coronavirus, according to virologists—but factory farms, specifically poultry farms, are a more important breeding ground for zoonosis and pandemics, according to Foer in New York Times.

Now that we all have experienced what it is like to live in a pandemic world and how it hits our lives hard, we should understand the risks of the animal pathogens cooking in our food systems.

Therefore, we need to abandon CAFOs or factory farms entirely and make a transition to a farming model of smaller and less crowded farms. The international, long-distance transport of animals must end or decrease. Governments must stop subsidizing, and banks must stop financing factory farms. It’s criminal.

The call for sustainable animal agriculture has never been so important and those farmers who are willing and already doing so, but are lacking support, must get that support.

Isn’t it striking that only a few politicians are speaking about the need to end factory farms? Instead, all we hear about is the fight for a vaccine that must protect the people from the current pandemic. Hardly any political party is speaking about how the next pandemic will be prevented, while it’s just a matter of time before the bomb explodes.

And here’s to you. If you truly care about animals, health, climate, the oceans, the Earth, you should care about eating animals and reconsider your consumption of animal products (meat, poultry, fish and sea animals, dairy, and eggs).

Foer’s book, a fine mix of arguments, science, and storytelling, could help understand “big agriculture,” and what it means if we sustain this model.

Meat and cheese are unmistakably a part of our cultures, our traditions, our beliefs, our comfort. Some years ago, I asked myself if this justifies the broken relationship with animals and the perpetuation of unjust systems. No!

I asked myself if there isn’t a better way, and to live closer to what is essential in life. Yes!

Animals are People, Too. Coronavirus & Animal Exploitation: A Wake-Up Call for Humanity. 5 Tips for Making the Vegan Transition & Recipes to Get you Started.
See relevant Elephant Video