Dear Candace Owens: “Manly Men” are Not Coming Back & Here’s Why. 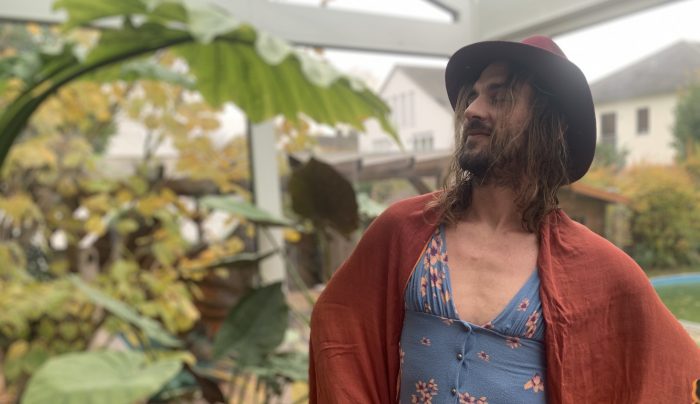 Harry Styles decided to wear a dress on the cover of Vogue magazine. Candace Owens calls it an attack on our society.

I was just as confused as you are right now. How does a man dressing up become a menace to civilization?

If you are Candace Owens, this all makes a lot of sense. She calls it cultural Marxism and worries about the feminization of men. My question would be: what is she afraid of?

It’s not that I don’t understand where she is coming from. She wants men to be more like men used to be decades ago. I think about toxic masculinity, but she thinks of strong men dominating others to achieve their goals. As always, it’s all about perspective.

Trying to be a manly man led me toward depression and created a lot of suffering around me. My dad died when I was 16. I felt the obligation of pretending to be a strong man who doesn’t show any feelings.

A few years later, I found myself hitting rock-bottom. I was drinking too much, unable to maintain relationships with friends and loved ones, and not capable of managing my emotions. I had to go to therapy.

Almost three years of therapy, a yoga teacher training, and countless conversations with my mom helped me get back on track. I had to learn to deal with my emotions and, even more important: communicate them.

I have been a yoga teacher for almost 10 years and adapted to my new role. It was freeing to talk about my feelings; it was beneficial in relationships to open up to loved ones. But of course, along the way, there were old friends who worried about me being too feminine—they were thinking in the same patterns as Candace Owens.

At the same time, I saw manly men in trouble. Actually, I didn’t see them—I was hearing about them from their wives. The yoga community was full of women trying to heal from unhealthy relationships with these manly men. They felt as if nobody was listening to them.

These men might be able to financially provide for their families, but what about their emotional availability? Our parent’s generation believed in the concept of a strong man who would tell everyone what to do while shutting down emotionally.

I am not saying that all of these traits are necessarily evil, but I wouldn’t connect them with gender roles.

Taking responsibility, achieving goals, and standing tall are good things—but they are not limited to men. Candace Owens should know that better than anyone else. I might not agree with her opinions, but she is an impressive person.

Showing feelings, listening to loved ones, and being open to new ideas are also good things—but they are not limited to women. I have learned that along the way. It made my life much more enjoyable.

Recently, I got engaged. I am sure that this would have never happened with me pretending to be a strong man. Our relationship had been challenged by a pandemic and financial struggles, but we somehow found our way—together. From the beginning, I admitted that I don’t have all the answers. We are figuring things out as partners, not as gender roles.

The concept of strong men might have somehow worked out for centuries, but at what price?

Generations of women suffered from toxic masculinity. But you know who also suffered from it? Men. Swallowing emotions is painful and literally makes us sick. Carrying the weight of the world on our shoulders makes us depressed. Not feeling loved breaks us into pieces. We have feelings too.

If I had realized that earlier in my life, a lot of pain could have been avoided. Instead of pretending not to care about my father’s passing, I could have asked for help earlier. All the energy I wasted on pretending to be someone who I wasn’t could have been used to be of benefit to others.

Back in the day, we had a rule in the house I was living in: every time someone would do something considered girly, that person had to pay 50 cents. This turned into a dynamic that was more than toxic to all of us. If you talked about your feelings, you would have to pay—if you have a beer for breakfast, you would get applause.

Boys will be boys is a phrase that often gets used to excuse toxic behavior. Let’s stop being boys and be better than that.

I might not be a manly man like Candace Owens expects me to be. I gave up on that years ago—and I invite you to do the same.

Man can dress up as women, and women can wear whatever they want to wear. That shouldn’t even be a topic in 2020. There are far more serious things to take care of.