Sean Connery’s Inconvenient Truth: Decoding the Legacy of a Legend. 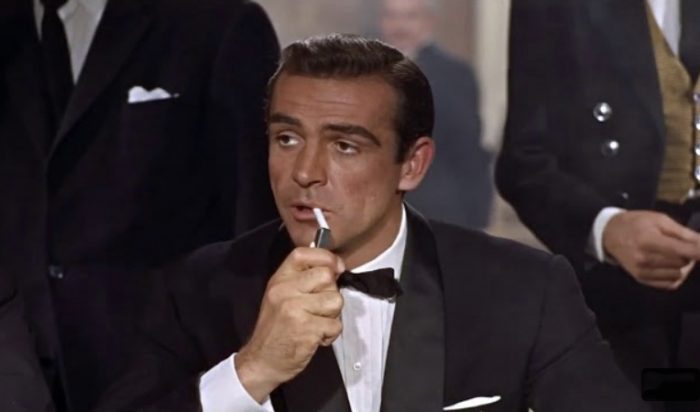 “I don’t think there is anything particularly wrong about hitting a woman—although I don’t recommend doing it in the same way that you’d hit a man.” ~ Sean Connery, Playboy, November 1965.

Beloved actor Sean Connery passed away on October 30th at the age of 90.

Voted the “sexiest man alive” by People Magazine in 1989, Connery was best known for his portrayal of James Bond, starring in seven Bond films over his illustrious career. He also starred in hits such as “The Untouchables,” “Indiana Jones and the Last Crusade,” and “The Hunt for Red October” among others. The charismatic actor was as endeared as any throughout his long career.

But there was another side to Sir Thomas Sean Connery, one much darker than his charismatic Hollywood persona—namely his propensity for hitting women.

After his death, clips from a 1987 interview with Barbara Walters resurfaced and was circulated on social media. In that interview, Walters pressed him to address comments he made in Playboy Magazine in 1965:

Walters: You did an interview in which you said, “It’s not the worst thing to slap a woman now and then.” As I remember, you said you didn’t do it with a clenched fist, it’s better to do it with an open hand. Yeah. Remember that?

Walters: Yeah. I didn’t love that.

Connery: And I haven’t changed my opinion.

Connery: No, not at all.

Attitudes were certainly different in 1965 when Connery told Playboy Magazine, “An open-handed slap is justified…if all other alternatives fail and there has been plenty of warning,” and that “if a woman is a b*tch, or hysterical, or bloody-minded continually, then I’d do it.”

These are the words Connery stood by in the Walters interview two decades later, and he seemed remarkably comfortable doing it. It had been 22 years since the initial Playboy interview, more than enough time for the 57-year-old Connery to have rethought his stance if he felt any remorse about it.

But instead, he went out of his way to make clear that he hadn’t changed his opinion at all.

As a fan of Connery’s work, I was incredulous that he could be so cavalier about behaviors I find so abhorrent. Abuse against anyone is unacceptable under any circumstances. I’d hoped it was some kind of misunderstanding, some mistake.

But again, in a June 1988 interview in the Philadelphia Daily News, Connery was asked about the controversy stemming from the Walters interview to which he responded, “I wouldn’t change anything I said in that show.”

He did claim his comments were taken out of context, adding that he believed emotional abuse to be much more damaging to a woman than smacking her around a bit.

My heart sank with every word. A cultural icon I’d admired for much of my life was revealed to be an unapologetic abuser of women. I searched the waters of the internet for a lifebuoy to grab onto, something to salvage my admiration. But the more I found, the worse it got.

Connery elaborated further in the Walter interview: “Well, if you have tried everything else, and women are pretty good at this, that they can’t leave it alone. They don’t—they want to have the last word. And you give them the last word but they’re not happy with the last word. They want to say it again and get into a really provocative situation. Then I think it’s absolutely right.”

In the June 1993 issue of Vanity Fair, Connery again claimed his remarks during the Walters interview were taken out of context. But, he also added, “Sometimes there are women who take it to the wire. That’s what they’re looking for, the ultimate confrontation—they want a smack.”

And then there are comments made by Diane Cilento, Connery’s wife from 1962-1973. In her 2006 autobiography, Cilento wrote that Connery had been cruel and emotionally abusive toward her. In an interview with the Daily Mail, also in 2006, she said she was physically and mentally abused by Connery, and on one occasion in a hotel room in Spain, was struck twice in the face and knocked unconscious during a fit of jealous rage.

After all of that, I was heartened by a 2006 article appearing in the Times of London reporting that Connery had clarified his position, speaking out against the abuse of women. Unfortunately, after further investigation, those comments were not attributed to Connery, but to friends of his.

What do we do with the problematic legacy of Sean Connery?

As a Hollywood superstar, role model, and heartthrob, Connery should have been held to a higher standard. His remarks were not alleged—he spoke on the record about slapping women at least four times, one of which was on camera, and his comments are rife with victim-blaming.

We don’t know how he truly felt at the end of his long life, but we do know that throughout the controversy that spanned several decades, he made no comments on the record condemning violence or abuse against women. Some apologetic or remorseful quotes could have mitigated the damage, but we didn’t get that from him.

Still, the outpouring of grief after his death was widespread and his indiscretions not well-publicized. The vast majority of remembrances fail to mention the controversy over abuse. It feels like his troubled behavior has been minimized, and it’s fair to ask if the wildly talented and popular Connery gets a free pass because he was a handsome, charismatic, white actor.

We also have to ask if it’s fair to hold him to today’s standards when he lived much of his adult life during times when misogyny and patriarchal attitudes were more accepted than they are now. It’s also fair to point out that Micheline Roquebrune, Connery’s wife since 1995, has never spoken out about abuse against her.

While many of us will find his behavior inexcusable and unacceptable, his legacy is more complex. We are imperfect, flawed humans with many facets to consider. We make mistakes, but we also have the potential to own them, transform, and grow—the problem with Connery’s legacy is that we have no evidence that he did any of that. It appears he was never held accountable for his behavior, nor did he make amends.

Is it time to “cancel” Sean Connery?

At what point are our flaws and indiscretions irredeemable? In today’s culture, it’s tempting to want to “cancel” Sean Connery because of his abusive behavior. It’s understandable if we can’t in good conscience support the films and legacy of someone who battered women. But we have to wonder if it’s possible to hold multiple truths about someone, admiring the talents and achievements of Sean Connery the actor while condemning the behaviors we won’t condone.

At the very least, the elements of misogyny and abuse must be part of his legacy. Ignoring them does a great disservice to everyone who’s suffered physical or emotional abuse.

Connery’s legacy has the potential to raise awareness about domestic violence. It’ll be impossible for me to watch a film of his without considering his attitudes around abuse toward women. Rather than “cancel” him out, we can use it as an opportunity to dialogue about domestic abuse with our partners, families, and children.

We can use his legacy to remind ourselves that no matter how popular or powerful someone may be, we must all be held to a higher standard if we are to evolve beyond the misogynistic, patriarchal society that has for far too long tolerated abuse and violence toward women.

Toxic Masculinity, Male Vulnerability & Gillette Razors: How We Can Raise Woke Men. How we Clean Up Toxic Masculinity. This is why we Still Need Feminism.
See relevant Elephant Video