How do we Keep Trusting People—when our Worldviews are so Wildly Different? 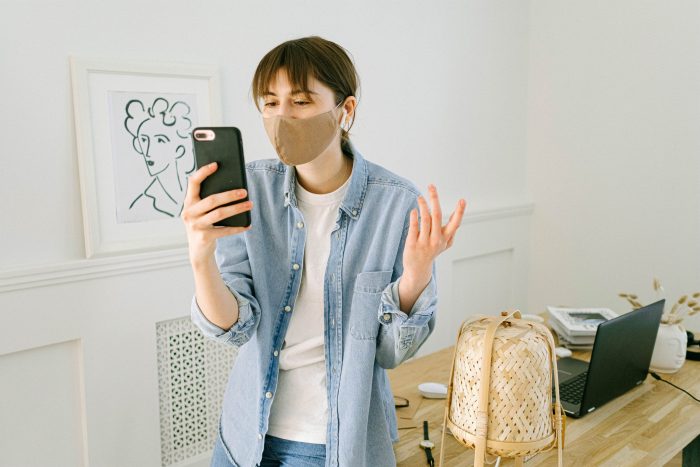 Author’s warning: This article will likely push buttons and piss some people off, but I am daring to write it anyway. Another caveat, please recognize that I am sharing my observations and not stating absolutes about people who voted either way.

The election of a lifetime took place more than a month ago and we are still sloshing about in the murky waters of deliberate disinformation about who won.

The ballots have been counted and recounted in various states multiple times at the behest of the current occupant of the Oval Office. Each time, the results indicate that he will be vacating 1600 Pennsylvania Avenue on January 20th, and still, he persists in attempting to shred the Constitution and stomp on the electoral process.

His message is amplified by those of his party who fear retribution if they speak truth to power. Some have shared, with the promise of confidentiality, that they know Joe Biden and Kamala Harris won, but won’t publicly rock the boat. Sadly, by refusing to do that, they are complicit in attempting to sink the ship.

How does one man hold so much power in a country that is set up to have checks and balances to prevent such an event?

Two questions I have for them: are you willing to sell your souls and sell out the country you took an oath to protect and defend? How do you look yourself in the eye and still support him either by verbalization or omission?

They each professed love for the other while disagreeing about their choice of candidate. Both spoke calmly and listened while the other was sharing their perspective. Mom was indicating that her reasons for voting for the outgoing president were his policies. She admitted she and her friends didn’t like him personally. I kept interjecting as if she could hear me, “Voting for his policies is voting for him.” Mom is also recovering from COVID-19, and her son helped to take care of her. It amazes me that she could still endorse a man whose inaction and minimization in the face of scientific evidence and medical guidance contributed to her condition and the death of 280,634 in this country to date.

The conversation was primarily centered around mom’s proclaimed pro-life stance. My inner monologue with her continued, “Are you pro-life or anti-abortion? If life is sacred while in the womb, does it become less so, once born?” Ryan’s focus was on his feelings of bewilderment that she could support a man who endangered his rights and even his existence. To her credit, Deborah mentioned a few times that she needed to do more reading about what her son was saying. I reached out to both of them to share my feedback. I admire their ability to love beyond divisiveness.

Admittedly, I have stepped back from a few family members and friends who voted for the current occupant of the Oval Office. It’s difficult, still, for me to realize how different our values are.

I have heard from some folks that they were just as frightened of the outcome that I ultimately celebrated. The majority of people in my life voted as I did, and we shake our heads at the paradigm difference with those who saw fit to vote for someone whose values they would say they don’t share.

The concept of “calling in” instead of “calling out” came to my attention a few days ago.

As a peace and social justice activist, I have become adept at “calling out” what I perceive are harmful attitudes and actions, holding firm to the foundational belief that to turn a blind eye and stay silent is tantamount to approval.

Professor Loretta J. Ross teaches a class at Smith College where she invites participants to take a deep dive exploration into their values and biases, inherent and learned. She says, “I think you can understand how calling out is toxic. It really does alienate people, and makes them fearful of speaking up.”

I have created some rules for myself if I see a social media post that flies in the face of my sensibilities. I run my potential response through the “Three Gates,” which I heard are attributed to Buddhism and Sufism: “Is it kind? Is it true? Is it necessary?”

The first two are generally easier to enter and pass through. The third, not so much. I ask myself if I am willing to invest the time in attempting to be with those who might adamantly disagree. I am told by some that I should recognize that everyone has the right to their opinion or that, as a therapist and minister, I should be non-judgmental. If I witnessed someone about to do something that would endanger themselves or others, I would feel honor-bound to step in. I don’t name call but clearly state my concerns. I have gone behind the scenes to discuss issues with a few cousins who justify voting as they did, and nothing I said would convince them. They would likely believe that nothing they could tell me would change my mind about my support for the incoming president.

I know that with the inauguration of #46 in January, I will feel relieved, but will remain aware of the work that still needs to be done to mend the rend.

Can I sit with those who voted for four more years of chaos, death, and destruction and call them into my circle, and not shut them out by calling them out? My fervent prayer is that I can.