The Voices of All Men have not been Heard. 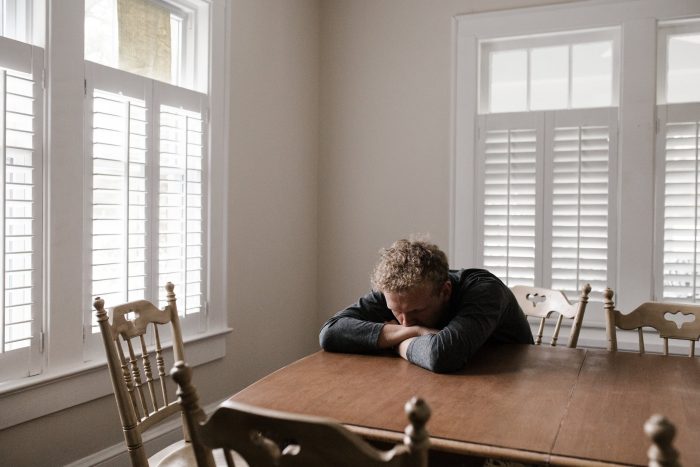 The strike failed and Kopple recorded the shattering effect on the families involved.

I viewed it upon its release 30 years ago, but one scene has stayed with me ever since. Kopple was interviewing a fired striker, a big burly fellow who one could easily imagine swinging a 100 lb. side of beef over his shoulder. But when he related how he could no longer provide for his family, he broke down and sobbed. He wasn’t just bereft, he became unraveled.

Some might pooh-pooh his reaction as an example of male chauvinism, but it was heartbreaking and hard not to feel for this guy. The man’s very existence and sense of pride revolved not around himself, but on being able to take care of his wife and children.

There’s a good chance this man would not have been able to utter his pain and sorrow unless pushed to the edge by unemployment and the threat of destitution. It’s an illustration of how we assume that men, especially white men, find it easy to articulate. In short, they don’t.

In the wake of both the #MeToo and the Black Lives Matter movements, the voices of white men have been stifled.

The stated rationale is that white men have dominated the narrative for too long and that it’s now time for women and people of color to communicate more openly in the public arena. One cannot fault this reasoning. After all, in the West at least, white men have dominated history, politics, and creative representation for centuries. Therefore, white males have been told, often crudely on social media, to step to the side. Any white man who complains is roundly shut down with activist clichés like “Mansplaining” and “White Fragility.”

There’s only one thing wrong with this formula. The voices that have dominated for so long aren’t merely those of white men. It’s the domination of white men in power. Those who aren’t in power have been just as ignored and sidelined as the others.

Contrary to the misconception that all white men are equal in their privilege, white men in power do not listen to white men who are powerless. If they did, systematic racism and sexism could end in a hurry. It’s erroneous to think that I, as a fellow white man, could contact, much less educate, the likes of Donald Trump, Mitch McConnell, Jeff Bezos, or any CEO of a multi-billion-dollar corporation about justice and expect to be treated as a peer. I wouldn’t even get past the robo-menu.

In fact, the voices of most white American men are not heard, and this is dangerous. When suppressed, their frustration leaks out in ways that adversely affect others. It’s no wonder that some end up on the streets armed with assault rifles, while many others vote for a demagogue who stokes their fears and pretends to care about them.

I received a sobering lesson about male inarticulation years ago when I underwent an intensive men’s group weekend training. On the final day, we sat in a circle and talked about sex. An eight-inch rubber penis acted as our talking stick. Of the 70 men who were present, everyone voiced some form of shame or guilt over their sexuality. The root of these afflictions was parental upbringing, religious indoctrination (especially for those raised as Catholics), or even the derogatory remarks of their wives and girlfriends. Several of these men had been sexually abused as children. Some wept as they shared their stories.

When I tell this episode to my many women friends, they all register surprise. That alone is a revelation. Sexually-repressed or abused men carry that damage with them and are more likely to fall victim to becoming predators themselves.

Acclaimed African-American author James Baldwin once hinted that when white people start to love and accept themselves, they won’t feel the need to hate others. This might seem like a naïve sentiment in these divisive times, but there’s some truth to it.

Everyone wants to be seen and heard. We all need validation. Not everyone can write elegant poetry or descriptive prose to express their inner depths of emotion. Few men can become a celebrity and appear on Oprah. The vast population of white men endures lives of frustration and invisibility where their privilege means nothing. To sacrifice one identity group for the benefit of others isn’t necessary.

There should be enough room at the table for everyone.