I’ve Given Up on Taking Care of Everyone.

Giving up is freedom.

When I moved to Los Angeles, it was by far the coolest thing I had ever done. I almost couldn’t believe it.

It was quite surreal to move in with my (until then) absent father, who happens to be a musician and actor. Little did he know that I’d dreamt of moving to Los Angeles since I was a young kid.

I remember a conversation I had with my cousin when we were both six. She said she wanted to be a nurse and have kids, and I said I wanted to live in Los Angeles.

I had all kinds of interests; I wanted to be a musician, actor, and writer; I wanted to just do cool sh*t. I didn’t even know what it meant. In those days, anything like that seemed impossible. It was like famous people you’d hear about and see on TV weren’t even real people.

The town I was in, back in those days, had a population of 1,200. Most people became blue-collar workers and never left. Somehow, I knew I would reinvent myself—one day.

The love I had was undeniable, but I disagreed with so much I’d been taught that learning new ways of being and living was the most important thing to me. I was always a writer, and I wanted to be a rock star, but I didn’t really play any instruments. And while I enjoyed acting in school, I’d never taken a formal class. It took a few years before I got really involved in that way.

I needed to find out who I was and learn new ways of identifying with reality. My dad did one guitar lesson with me, and I realized (really quickly) that I was more of the learn-by-myself type. I’ll let you know if I have any questions, kind of thing (LOL).

The funny thing is, no matter how spiritual we are or how focused we are on deconditioning ourselves, the old wounds still pop up. I mean, when we’re kids, most of what we learned isn’t taught at all; it’s just osmosis—we pick up what is all around us.

Adults don’t explain things like, “This is only one religion you could follow out of many.” And different households have different ideas about what is right and wrong.

By way of how I was treated, I was taught that I was responsible for all the people around me—responsible for their feelings. I learned that I needed to be happy myself because, boy, could I bring down a room when I wasn’t.

To this day, when someone needs help, I unintentionally assume it’s my job to provide it. No matter how much I work on myself, even if it goes away for a while, this wound always pops up for me.

This year, I’ve decided to give up on being what people want me to be for them. Plus, it turns out, a lot of the time, I’m assuming what they want. (And it isn’t correct.) I am done having resentments in my life—that I caused—from doing things I don’t have the interest or energy to do.

The pandemic has helped with this in a lot of ways: spending time alone, reflecting, and discovering I have the option to say no. I realized that I always think about others, what I think they will think, and it is exhausting.

I also decided to move to New York. But when I started planning and packing, a blanket of guilt covered me, as I thought about all the stuff I would have to leave behind. I’m quite a minimalist and don’t buy much for myself, so most of what I own are gifts that people have given me (and felt I couldn’t get rid of).

And then I realized: well, I have to! I can’t bring all of this, and I don’t want it.

I had to give up my guilt and stuff and be there for myself emotionally as I felt all of these old feelings resurface. Plus, love, thought, and the relationship with the person is what is important to me. For some reason, my need to appease others had been overriding my needs all this time.

Also, like many people, after I turned 30, I started to wonder why I hadn’t accomplished more in all this time. I thought I’d be more successful and have created a name for myself in Los Angeles before I ever moved to another city.

I decided to give up on that too.

We only get this life (at least in this body); we can’t live it for someone else (or many others in my case). This past year, I’ve realized just how little of what I do affects others in my life.

I’m going to do whatever I want! I’m going to follow my instincts and intuition. I realized that when I do this, I feel no regret, and I harm no one!

I have been able to be in bands, have inspiring collaborations, study acting, join SAG-AFTRA, perform at The Second City, and became a published writer. I’ve made my life about creation, and that is a success! I would never have believed it when I was a stoned teen in rural Illinois working at Quizno’s.

So, I’m giving up Los Angeles (at least for now). But I met all my best friends here. I learned many good and tough lessons here.

So, most of all, I’m giving up being hard on myself, and I’m going to trust myself.

I’m only focusing on things that excite me.

Because giving up is freedom. 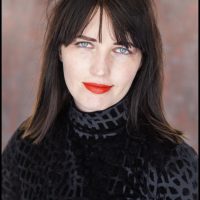 Raven Hughes Chicago born and LA living, this songwriter/poet/writer keeps her words grounded, yet romantic. She is full of reflection and typically writes about the vulnerab… Read full bio