Judgment is Essential: Why No one has the Right to Obey. 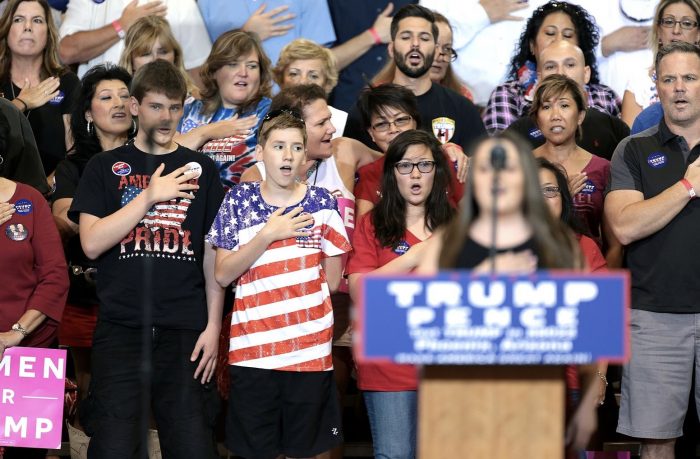 You can read the first part of this series here.

Many of us are realizing these days that being nonjudgemental is not as helpful as the new age community suggested for decades.

Of course, there is value to the idea of not judging everyone and everything all the time. At the same time, I see folks struggling with their identity, communication, and tolerance toward other opinions.

How can we find a balance between being judgemental and avoiding confrontation at all costs?

As human beings, we depend on our ability to make decisions. If someone offers us a healthy, vegan meal and a bowl of trash—we have to make a judgment. The same logic could be applied when someone offers us a scientific explanation and a soup of words that claim reptiloids have taken over the world.

We decide what we believe and who we listen to. It is impossible not to judge and just listen to everyone—there are far too many perspectives and not enough time to study all of them.

Some of us try to avoid political discussions as a strategy to avoid confrontation with others. Focusing on positive vibes only seems to be a path that many of us chose while facing a once-in-a-lifetime pandemic. This might have worked for a long time when it comes to political debates, but in this situation, we act based on our decisions and beliefs—our opinions have consequences.

If we chose to follow someone who is denying the dangers of COVID-19, it would affect our actions. In that case, our judgment is undeniable.

I remember a friend of mine expressing her doubts about the so-called mainstream media, “What if Trump really wants to save the children? What if Bill Gates really wants to take over the world? I can’t judge that.”

The motives behind saying that might be noble, but this statement also has a huge blind spot in my perspective—isn’t it obvious that a business man only caring about himself, being accused of sexual misconduct, and known for underlying racism might not be our savior?

What if we flip the conversation around judgment? What if making judgments is actually our duty as a human being? What if our life depends on our ability to judge?

Lately, I had been thinking about the work of the German-American political theorist Hannah Arendt. Based on her experiences as a Jewish woman living in Nazi-Germany, she wrote about power, authority, and totalitarianism.

I would like to share three of her most powerful quotes with you to bring a new perspective into this conversation about judgment:

Arendt knew about the dangers of society following a leader without even noticing. She described it as our duty to intervene when things are getting out of hand. Not taking action against tyranny is what actually enables it. As a member of society, we have the responsibility to share our opinions with others to overcome differences—otherwise, we might wake up in a dictatorship where single folks decide for everyone else.

2. “Political questions are far too serious to be left to the politicians.”

“But aren’t politicians elected to do exactly that,” some might ask. Arendt would not disagree with that, but she would probably point out that it is our responsibility to decide who we trust. Only if voters hold elected officials accountable is democracy able to survive. Once the connection between the actions of politicians and the reactions of voters is flawed by manipulation, loyalty, and false information, society is on its way to an authoritarian regime.

3. “The sad truth of the matter is that most evil is done by people who never made up their minds to be or do either evil or good.”

As most of our readers know, our mission at Elephant Journal is to be of benefit. That is a conscious decision members of our community have made. Unfortunately, as we saw throughout the last months of the pandemic, many folks don’t really care about this issue. It is a human instinct to take care of ourselves first, but instincts are not always beneficial to our well-being. Evolution has taught us that cooperation is far more efficient when it comes to managing existing problems. Climate change, animal rights, and mental health depend on agreements that are made between individuals, politicians, and nations. Everything we do somehow boils down to this question: Am I doing this because I think it is the best for everyone or just me?

Taking responsibility for our actions, using our energy in a mindful conversation about politics, and finding a middle ground is exhausting at times, but we all witness what happens when we try to stay out of it: others—that we might not agree with—will do that for us.

As I said in the beginning, not being judgmental can be a good thing. We can learn not to  judge when there is no benefit of it, but we might also want to be mindful enough to see when judgment is desperately needed.

Just think about how much time we spend as a society to debate sports, appearances of celebrities, and casting shows—what if we could use that time and energy to talk about things that really matter to humanity? What if we could be of benefit by participating in a mindful conversation about topics that affect literally all of us?

To underline the importance of doing that, I will close this article with another quote from Hannah Arendt:

“What makes it possible for a totalitarian or any other dictatorship to rule is that people are not informed; how can you have an opinion if you are not informed? If everybody always lies to you, the consequence is not that you believe the lies, but rather that nobody believes anything any longer.”

More from the author: