The Truth about the Men behind Emotional & Physical Abuse. 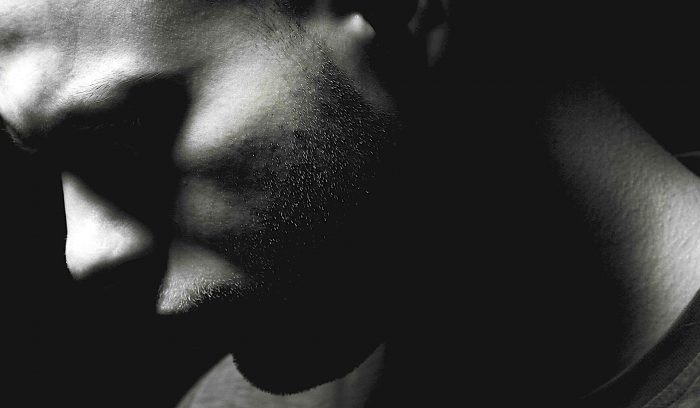 What I Learned About Myself Working with Perpetrators of Domestic Violence.

I recently spent some time working with an organisation that had been set up to provide support to women victims of domestic violence.

I decided that an essential part of making life safer for these women was to work with their current or ex-partners to try to help those men gain the understanding, the motivation, and the help they needed to stop their abusive behaviour.

One of the most important things I learned there was that the gap between these men’s behaviour and mine was not, really, so great.

Many of their abusive actions seemed rooted in feelings, needs, and wants that I could relate to—the main difference between us being that I’d been lucky enough to have had the emotional resources to process and express those feelings, without harming the people close to me. Although, I’ve certainly had plenty of remorse and regret for not having been as good or supportive a partner as I would have liked.

Helping these men learn to handle their feelings and emotions felt like teaching them to drive. It seemed no one had showed them the emotional brake pedal, explained how the steering works, or told them the rules of the road; so, it was no wonder they’d caused harm to themselves and anyone who was in the way.

An essential first step to them managing and understanding their feelings better was being willing to admit to themselves the extent of the damage they’d caused.

A key part of this process was encouraging them to realise that they were potentially good men who’d done some bad things; that in order to change, they needed to confront the shame they were feeling about that—even though shame is a feeling that most of us play all kinds of mental games to avoid.

Like the kid who blames the dog for eating the cake they stole, we want someone else to carry the responsibility for what we did that we know was wrong.

For these men, all too often, that someone was the person who had been on the receiving end of their undeserved anger and aggression. When any of us indulge in blaming a partner for our own emotions, it means we’re giving away our power to someone else and will never be able to make the changes in our behaviour that we want.

Another popular avoidance technique with these guys was denial and minimization. It’s amazing how we humans can convince ourselves that something we did and feel bad about, simply didn’t happen or wasn’t such a big deal.

It’s been painful to see some of my own behaviours reflected back, and I’ve had to admit to myself that that sometimes my own motivations have been much more selfish than I’d like to admit. Like telling myself that the woman I’ve upset should lighten up and stop overreacting, when what I need to do is listen to her and how she feels, put my hand up to admit if I’ve been selfish or thoughtless, then apologise and promise to change.

Of course, none of us can be—or should try to pretend to be—perfect. But, I can see more clearly that owning up to the crappy things I’ve done, and understanding better why I’ve done them, is an important step to becoming a man worthy of respect and love.

With this in mind, I’ve been reflecting on exactly what I want and need emotionally. It feels like cleaning the windscreen of my metaphorical car of life, so I can see where I’m going!

For example, I feel that I need respect, appreciation, and acceptance from my wife, and not getting these things makes me feel vulnerable and reminds me painfully of not receiving enough of them as a child.

Like the men I worked with, I feel shame about feeling vulnerable and needing reassurance from her; but I know that if I bury these feelings they will fester and gain power in my life—and prevent me from being the man I want to be.

When I’m able to admit those feelings to myself and my partner, they lose their sting, because, in fact, they are natural human emotions that we all have—there’s no reason to ever feel ashamed of them. It’s only when we’re stuck in the “man box” that they feel in any way wrong.

Most of the guys I was working with had tried to neutralise their shame at feeling vulnerable and gain a stronger sense of personal power by having control over a person they were close to—usually enforced and maintained with some kind of violence, or the threat of violence, both physical and psychological.

Because dominating a woman is still, often tacitly, encouraged as something “manly,” it’s more acceptable for a man to do this than to admit to any worries or doubts. By forcing their partner to do what they wanted them to do, it gives these men a reassuring sense of strength and security.

But even they had come to realise that the reality is really different: not only is bullying abusive and morally wrong, it’s actually rooted in feelings of fear and weakness—qualities no man wants to admit to or experience.

Controlling someone vulnerable is like a drug; it can make you feel better for a while and can be hard to give up, but it actually causes harm to the perpetrator as well as to his victim.

These men discovered that controlling behaviour would never get them the love or respect they wanted; it only led to more shame in a downward spiral that usually ended up with serious harm being done on all sides.

In other words, being abusive in a relationship is a real lose-lose option, which explains why the perpetrators of domestic violence I met are some of the most miserable people on the planet.

An important part of my job was to encourage men who had been abusive to feel optimistic about their underlying value as human beings and their capacity to make better choices, without diminishing the seriousness of what they had done and the urgent need for them to change their behaviour and make amends.

To do this, they had to go down the painful path of being honest with themselves, because it was only by fully experiencing the buried pain that was underlying their actions that they could lose their fear of that pain and discover, as I had, that being real with ourselves about who we are, our strengths as well as our weaknesses, is the only way that any of us can begin to heal and to move closer toward becoming the good men we all, at heart, want ourselves to be.