The Benefits of Online Dating During a Pandemic. 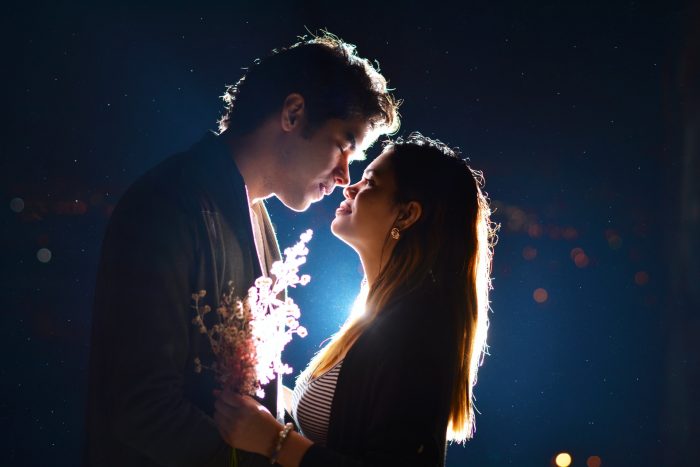 Human connection is more important now than ever.

And if you are single, this can be a monumental challenge. Making a love connection has always been a struggle in the modern world.

As if online dating wasn’t arduous enough, attempting this feat during a pandemic has left many feeling rather lost, confused, and let’s face it, sexually deprived.

To make matters worse, because dating already has a list of enigmatic rules that nobody really seems to agree upon, a plethora of new challenges have been added to the mix of an already anxiety-producing first date.

This is, of course, assuming the decision is made to actually meet in person.

Should we shake hands or hug? Maybe an elbow bump, albeit awkward, is safer.

Is a first kiss even kosher?

Should we meet indoors (another struggle for colder climates during winter)?

Is there some way I can make myself look sexy and mysterious under my mask? Well, maybe the last one isn’t as common, but I’d be lying if I said the thought didn’t cross my mind.

When deciding to meet someone, it’s almost like having the STD tracing conversation. But instead of concerns about who that person has slept with, and the people they slept with, and so on, it looks more like, I’m going to be having dinner with this person, and the person they were exposed to yesterday, and possibly his coworkers, and family.

If you are a single parent, this only adds to the concern, and are you running the risk of exposure to your kids and their friends and schoolmates (if you are one of the lucky ones whose kids actually attend in-person school). The mere thought of treating Covid like a bad case of herpes is utterly exhausting.

So the question lingers, why bother? What good could possibly come out of dating during this insane time?

If you are ready to throw in the towel and are praying for the unknown end of this harrowing way of life, there are a few positives that could shed a little light on this dark dating era.

For starters, most dating apps have added a feature where you can meet via their video conferencing platform. This can save a lot of time and energy, allowing you to quickly discern who has used a 10-year-old picture or is otherwise falsely representing themselves.

People can be quickly weeded out without spending much time or making the effort to actually go on a date. Not to mention, getting a sneak peek into someone’s home can reveal quite a bit of useful information during this detective, fact-finding phase.

This usually unknown factor can sometimes take several meetings before you realize that this person is actually a man-child with action figures and posters of swimsuit models. Maybe they’re still living like a college student or in their mother’s basement. Not that there is any judgment around these scenarios, it’s all data collection of the type of person you may be getting involved with.

The next positive has to do with the lost art of the phone conversation, which has the potential to make a comeback. If you are in a location where it is nearly impossible to meet inside, more telecommunication is a necessity.

Sometimes it is fun to have those late-night chats and flirts via phone when you don’t want to be seen, especially if you are still in last night’s pajamas with three days worth of unwashed hair. Actual connections might even happen during those times.

Although some people still prefer to text at the beginning of courting, I would caution against this practice for long periods of time initially. Not actually seeing the person or hearing their voice can create a false image or perception of who they are. This practice holds true not only during pandemic times, but life before Covid, and most likely after.

While I do love the ease of texting, you can miss tone, sarcasm, and many misinterpretations of meaning can arise. People can hide who they really are behind a text. So, it is helpful to have a balance of pseudo-in-person connection if you are unable to meet in real life. Getting to talk to and hear someone can quickly let you know if there is chemistry that makes it worth pursuing the next step.

Lastly, it feels more legitimate to ask someone how many other people they are currently seeing, whereas before, this may have been a taboo question to ask. As with any online dating scenario, there is usually the assumption that you are most likely not the only person in your date’s rotating schedule.

Because, let’s face it, dating is still a numbers game. But now, it is a legitimate question about the safety of your health. This, of course, doesn’t change the fact that some people will be flat-out dishonest, but really, it’s no different than asking them if they are sleeping with other people.

Personality vetting and discernment are still part of the process, but something as simple as a goodnight kiss may need to be temporarily avoided if you have concern for how many others this person might be kissing. If you get to the point of wanting to have safe sex, maybe the conversation of let’s get tested is not so scary. Only now, it’s not only a test below the belt but also up the nose as well; how romantic.

Who knows, maybe you’ll have an epic love story that you can say all started with your first date on Zoom.

Either way, stay safe and also trust your gut. Those factors will never change in the jungle of dating. 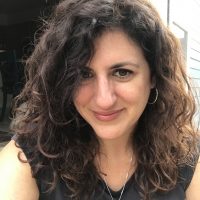