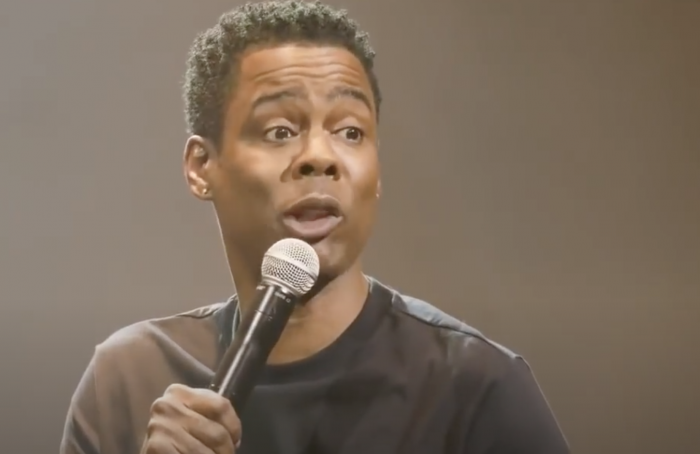 Unfortunately, we can’t ask George Floyd or Daunte Wright how they feel about the term “bad apples.”

It’s perfectly human to make errors; that’s how we learn—but it doesn’t apply to all areas of life. There are cases when we are expected not to mess things up.

Chris Rock beautifully explains this with the “bad apple metaphor” in one of his entertaining but thought-provoking rants. He points out that certain jobs don’t come with the freedom of trial and error.

When we write articles, we might have a typo here and there. When we teach a yoga class, we might forget what’s next in our sequence. When we sing a song, we might not hit the right key.

But when we are doctors, pilots, or police officers, lives depend on our accuracy. That is one of the reasons why society respects these folks—we can only imagine the weight on someone’s shoulders who knows that any error could lead to human tragedy.

Being a cop is not an easy job, but that doesn’t imply that trying hard is enough. Derek Chauvin might have been scared of the crowd witnessing his actions on that day (as his defense argued), the officer who shot Daunte Wright might have felt nervous when he was allegedly trying to flee the scene of his arrest—and I am afraid to have typos in this blog.

Obviously, there is a huge difference between these three cases: there are no lives depending on my blog, but the cops have to deal with this responsibility.

If being a police officer is so hard these days, then we have to talk about how to help them. We have to rethink how to train them, keep their stress levels low, and, most importantly, keeping our neighborhoods safe.

We don’t need to talk about excuses for unqualified police officers.

The murder of #DaunteWright is rooted in white supremacy and results from the intentional criminalization of Black and Brown communities.

This system can’t be reformed.

It must be dismantled and a real system of public safety rebuilt from the ground up.#DefundThePolice

Use-of-force expert, Seth Stoughton perfectly explained this during the trial over George Floyd’s killing: there is reasonable action, and there is behavior that is “contrary to generally accepted police practices.”

So, the law doesn’t justify Chauvin’s actions—but right-wing agitators still use George Floyds’s alleged drug usage as an excuse for the unnecessary violence that caused the tragedy. There is also no law that permits an officer to shoot a suspect because of an air freshener—but there are still folks who would defend the officer who killed him (allegedly) unintentionally.

My intention is not to bash the police or disable them in a way that paves the way for anarchy on the streets; I would like to see real change that also aims to support every single cop in the country.

In fact, “defund the police” aims to do exactly that: dismantle a broken institution in order to rebuild a working one.

If society is so f*cked up that a cop has to be worried about getting murdered while doing his or her job, then we have to tackle this issue with smart policies that lower the risk of that happening.

If police officers work too many hours, which leads them to lose their cool while controlling a serving member of the Army, then we need t think about how to change that.

If law enforcement is not able to get a hold of one potential criminal without using gun force, then we need to improve their skillsets.

“I’m actively serving this country and this is how you’re going to treat me?”

A U.S. Army lieutenant who is Black and Latino has sued two police officers, saying they assaulted him during a traffic stop in Virginia.https://t.co/SVEN5hXBCF

What we don’t need is a debate on bad apples trying to defend shortcomings. We need a conversation on how to reform the police in a way that serves the entire population and the cops themselves. This is not one interest group (Blue Lives Matter) against another (Black Lives Matter); this is a struggle that we need to figure out together.

Citizens need to feel safe, but cops also have the right to not fear for their lives on a daily basis.

We need to start with drastic changes around gun laws. The next step would be helping people to overcome poverty. And another way to avoid these tragedies would be to pay better salaries to police officers—maybe that would attract more qualified human beings to take that career path.

Let’s stop blaming all of the police for these troubling incidents, but let’s also stop pointing fingers at folks who struggle with drug addiction and poverty. Let’s address the systemic problems that are at the root of these ongoing tragedies: racism, lack of common-sense gun laws, and social inequality.

We are all in the same storm, but not the same boat. What we do have in common is that we all want to feel safe.

Sadly, this won’t help George Floyd or Daunte Wright, but it could help someone who we will never hear about—because he or she will not get killed by sheer incompetence.