Who is Tucker Carlson & What do we Need to Know about Him? 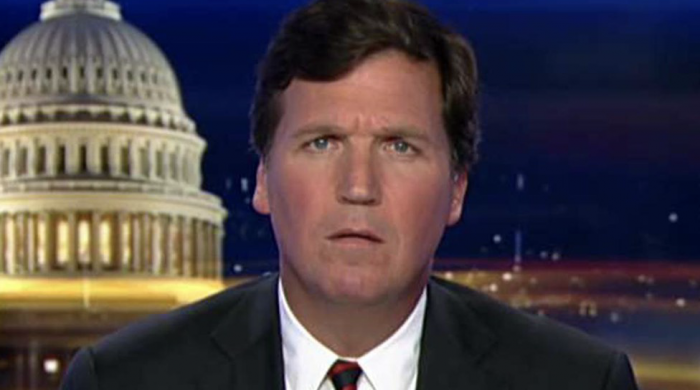 You might have seen parts of his rants on social media, but who is Tucker Carlson, and what are his goals?

Carlson is hosting one of the three most viewed shows on American television, but he also became one of the loudest and most controversial supporters of “Trumpism.”

Many ultra-conservatives love him for his rants that basically question everything scientists, human rights activists, and real journalists say. He was sued for spreading misinformation, but his lawyers came up with a defense that should be a scandal by itself.

“The ‘general tenor’ of the show should then inform a viewer that [Carlson] is not ‘stating actual facts’ about the topics he discusses and is instead engaging in ‘exaggeration’ and ‘non-literal commentary.'”

Nevertheless, Fox News features him as one of their main anchormen besides Sean Hannity and others. But how did he end up as the voice of ultra-conservative Trump supporters who deny the existence of climate change and racism while spreading the myth of a stolen election in 2020?

To understand his hatred toward liberals, we have to travel back in time and look at the turning points in his life.

When Carlson was six-years-old, his mother left the family to pursue a “bohemian” lifestyle, as he says. In 2004, Jon Stewart was the first person to call out Carlson for his irresponsible behavior on television—maybe we should have taken Stewart’s words more seriously back then.

It seems as his hate toward strong women and liberals can be traced back to these events in Carlson’s personal life. Just like Candace Owens, he started as a conservative on CNN, then got rejected because of his loose relationship with reality, and soon after became the representative of grumpy, old, white men on Fox News.

If he was just a conservative voice—as his supporters want to believe—I wouldn’t have any problem with that, but it is far more serious than that.

Last year, he invited historian Rutger Bregman to his show. Carlson was hoping to ridicule the “global elites” with the help of the young men who called for higher taxes at the World Economic Forum in Davos, but he ended up insulting Bregman as a moron for calling him out on his agenda.

Bregman accused Carlson of being a “millionaire funded by billionaires.” Carlson’s reaction to this reality check was exactly the same reaction many of us experience on social media when arguing with Trump supporters and QAnon cult members.

But it gets even worse.

Last week, Carlson asked his supporters to harass everyone who is wearing a face mask in public. He compared mask mandates at school with teachers “punching kids in their faces” and asked everyone to call the police if they see a child wearing a face mask.

Tucker Carlson is now telling his audience to harass people who wear face masks outside.

If they see children wearing masks, Tucker says the response should be no different than when you see a kid being abused — “call the police immediately, contact child protective services” pic.twitter.com/4svVH0JY3s

If Carlson was just expressing his beliefs, I could probably live with that, but it seems as if he has bigger goals than that. I am sure that he is actually an intelligent man who knows what he is doing—and that makes him a threat to national security.

I know that this is a heavy accusation, but I have good reasons for that.

Carlson is a member of the Cato Institute founded by Charles Koch. He is not only an outspoken supporter of Donald Trump; he could actually—and that is the scary part—become the next Trump.

He is backed by billionaires like the Koch family and reaches millions of viewers with his show. If anyone in the United States is able to follow in the footsteps of Trump, it is Carlson.

When Trump announced that he was running for president, it seemed like a joke to many of us—let’s not make that mistake again. Carlson is on his way to becoming the next showman to run for office.

He presents himself as the voice of angry, white men (and their wives) who speaks up for the working class while making a fortune. One can only wonder if people like him or Candace Owens really believe what they are saying or if they just “do their job.”

If we don’t want to see Carlson run for president—maybe with Candace Owens as his running mate—we need to take action. This is one of the cases when social media can be used to be of benefit.

We can’t look the other way anymore. There needs to be a public outcry to cancel Tucker Carlson and his show. He needs to be held accountable for spreading lies, inciting violence, and dividing the country.

I know this sounds pretty extreme, but listen to Carlson for a few minutes, and then tell me that he isn’t the biggest threat to decency and democracy in the United States of America.