“Don’t Go Too Fast”: A Guide for Men Who Have Sex with Women. {Adult} 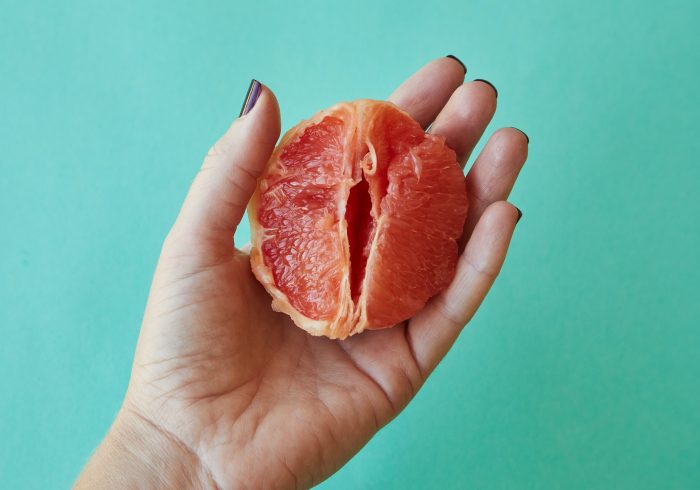 *Author’s Note: This post focuses on the dynamics of men who have sex with women, whether heterosexual, bisexual, queer, or any other ways they choose to identify.

Once upon a time, I was a 20-something girl living in New York City.

My housemate, Teresa, and I were at an impromptu barbecue party in our building, getting to know a few of our neighbors. Remember when you could meet strangers, maskless?

This included Nate, a cute friend of one of the guys in the building. I could tell he was into me, but I wasn’t sure I felt the same. On the other hand, I could tell Teresa liked him, so I tried to step back as much as I could to make space for that to happen.

At some point, the conversation turned to sex, and I made the emphatic point that one of my biggest problems was with how men fingered women.

“It’s almost like it’s hard for a man to finger a woman without hurting her,” I began to say. “They’re just way too rough and harsh with their hands and fingers, you know?”

I had Nate’s full attention and could feel his eyes on me as he asked, “Could you be more specific?”

“Sure. Most guys don’t do this, but if you want to finger her in a way where she experiences maximum pleasure—and I mean swooning, ridiculous, panting-level excitement—you’ve got to be really, really gentle.”

“Yeah, but it’s not just about speed; it’s also about pressure.”

I took his hand and started rubbing my finger over the top of it.

I lightened my touch and continued, “Even this, at the very beginning, is too much. The clit has over 8,000 nerve endings. It’s really, really, really sensitive—especially at first—when it hasn’t been warmed up.”

I then took all the pressure off and barely whisked my finger across his skin in feather-light pressure.

“That is how lightly you want to start out,” I said, looking straight at him. “And you only want to get stronger or increase the pressure if you feel her pressing into you. Her body will tell you if she wants more.”

Teresa and a number of others witnessed this exchange, riveted, while sipping out of red party cups. It wasn’t every day that someone gave a “how to finger a woman properly” tutorial while hot dogs roasted nearby.

This seemed like news to most of the guys present, and I was gratified to see Nate and others digesting this information in a focused manner. It had me feel heard.

“Hey,” she stage-whispered, “Is it cool if I hook up with Nate? I saw you guys talking and didn’t want to overstep.”

“No problem!” I replied enthusiastically. “Go for it and have fun.”

I heard her go to the front door then giggle as she let Nate into the apartment, and then into her room. I rolled over and went to sleep.

In the morning, she again poked her head into my room when she heard me moving around.

“How was it?” I whispered as he was still in the apartment.

Hair mussed, a dreamy and delighted expression on her face, she simply mouthed the words, “Thank you.”

Gratified, I grinned. Apparently, my “how to finger a woman properly” coaching had landed, and she’d been the grateful recipient.

As a sex researcher, I can safely say that when it comes to sexual arousal and how good a man is in bed, the bar is actually quite low. What I mean by that is, if you want to be a man who’s good in bed, you’ve only got to do one thing to stand out: don’t hurt her.

That’s right. The number one mistake men make during sex is hurting the woman’s sensitive body parts, including her clitoris, nipples, or vulva.

The sad fact is, most women find it extremely challenging to speak up about this pain because they don’t want to hurt a man’s feelings or have him feel like he’s doing it wrong. This, then, becomes a hidden issue.

In one of my first surveys, I asked both women and men, “What’s your biggest problem when it comes to sex?”

The number one sex problem women listed was, “It hurts.”

This was not true for men. Sure, less than 2 percent of men mentioned not enjoying teeth during oral sex, but 98 percent didn’t talk about pain at all.

Women experience pain during sex more than men. I’m not just talking about painful intercourse, although that’s an issue for 15 percent of women. I’m talking about how a man touches her, how he fingers her and/or goes down on her.

>> Hasty, rough, pushing his fingers/cock into my sad, dry vagina.

>> He had a system: kiss a little, hurt the nipples, finger dry vagina roughly, try to penetrate dry vagina.  Once I was like, “What are you doing? I’m dry as fuck,” and he said, “Relax and it’ll wet up in a minute.”

I can’t emphasize this enough. If you’re a man who has sex with women, you will stand out from other men if you simply slow down and be gentle with your fingers, hands, mouth, and cock—but that’s for a different discussion.

To drive this point home, I asked the question, without any sugarcoating, what’s one thing you would’ve said to a former partner about the sex?

Here are some of the answers I got from women who have sex with men:

>> To stop rubbing my clit like he’s trying to rub out a spot on the carpet.

>> Be softer with your fingers when you are inside my vagina. This is hurting me.

>> You cause pain when you’re rough.

>> I couldn’t actually come for him because it was hurting so much.

>> Too rough with his fingers.

>> I want you to touch my labia so gently that they tingle. It has lots of nerve endings; it can really turn me on.

>> I’m not a toy, these are very sensitive parts and cannot tolerate how rough you are.

>> I would have appreciated a lighter touch at times, to let the energy build until I ask for more.

>> If you could be a lot gentler, that would be great.

>> To be much more gentle with his hands.

Here are the key takeaways when it comes to “how to finger a woman”: be gentle—really, really gentle. Be softer and lighter than you think could possibly work. Start there and don’t increase the pressure until she’s moaning and leaning into you.

Then, enjoy the beautiful, lit-up, radiant, and grateful goddess you get to be with.

More "how to" sex guides for men: