3 Things “Anti-Feminists” & “All Lives Matter” Folks have in Common. 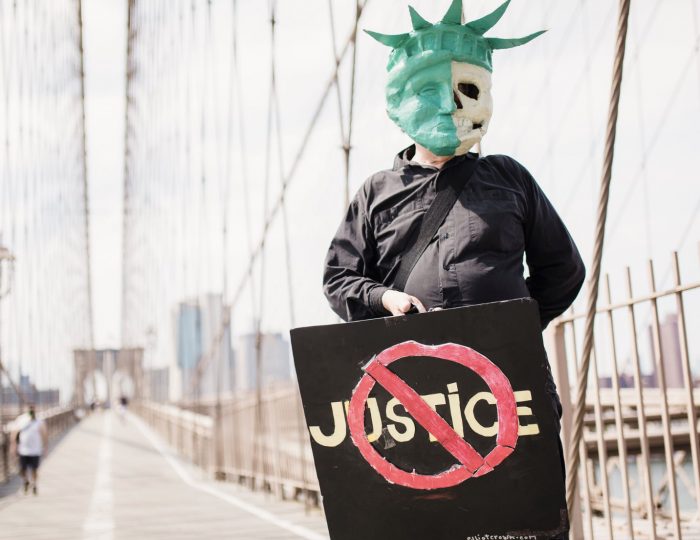 Why does it feel like the guy who hates feminism would perfectly get along with the “All Lives Matter” crowd?

Some might say the answer is that it is probably the same guy, but I beg to differ.

In some cases, this might be true, but I am more interested in what they have in common. What drives them to speak up against these movements that are intended to support equal rights?

Saying that these folks simply hate women or Blacks would be inaccurate, as Black women like Candace Owens support “All Lives Matter” and Conservatives like Marjorie Taylor Greene perceive feminism as a communist threat.

Some might argue that these female activists probably get paid by rich, White men to defend Patriarchy and white privilege, but I can’t fully prove that.

So, let’s stick with things that we can see almost daily: what are the dynamics behind these racist and misogynistic outbursts?

Here are 3 things that anti-feminists and “All Lives Matter” supporters have in common:

Nobody would argue that there are men out there who got hurt by women. Women do things that are not okay; there is lying, emotional manipulation, and opportunistic use of arguments—but, and that’s quite important: men also do that. It is a human thing.

But when anti-feminists hear women complaining about sexism, it doesn’t take long until they pull up some horrible story about an ex-girlfriend who hurt them. They only forget about all the women who experienced terrible things in their relationships with men. Again, it is a human thing—it is not about gender.

The “All Lives Matter” supporter is not much different on that. When he hears about a Black person treated badly by the police, they tell us the story about their White friend mistreated by law enforcement. But instead of understanding that the cops might be the problem (probably because they have a friend who is a cop), they expect Black people to accept the injustices of systemic racism.

Anti-feminists are so annoyed by all that talk about women empowerment, and “All Lives Matter” supporters can’t stand all that cancel culture—but both are missing the point.

Of course, they don’t see the urgency behind these conversations because it asks them to question their own values and behaviors. They feel as if there is nothing to win for them. And that is probably the biggest misperception of all.

This is not about taking away any rights from White people or men; this is about granting the exact same rights to everyone else.

Writing in all caps, not letting others finish their argument, and attacking others on a personal level are behaviors that we see in almost all anti-feminists and “All Lives Matter” folks.

These people seem to be angry at the world. Their lack of empathy and appreciation of the status quo makes them angry at anyone who dares to bring up sexism or racism.

They spend hours defending Derek Chauvin on Twitter, writing rants in the comments of female authors, and some of them see cancel culture as a threat to freedom of speech. But why are they so angry?

Was it the girlfriend who left them for another guy and wrote an article about finding her freedom? Was it the Black guy who got a better job because he is more qualified? Or are they just watching too much Tucker Carlson?

So, here is my suggestion for these people: just calm down. Some of your points might be valid and worth discussing—but nobody needs all caps or insults.

And here is my suggestion for all who get to experience the anger of these men: ask them what hurt them so much. Maybe these men are also traumatized in one way or the other? Calling them idiots won’t make them change their minds. I know that this can be exhausting, but we can’t call them ignorant and ignore their pain.

Change doesn’t happen overnight and needs our effort. Unfortunately, many folks who are mad at the “Black Lives Matter” movement or feminism are not able to see that abolishing racism and sexism would also benefit them.

Maybe the woman who hurt them so badly only acted that way because she was already traumatized by toxic masculine behavior?

Maybe the Black dude who punched them in high school only did that because he felt discriminated by White people all his life?

I don’t intend to defend the anti-feminists or “All Lives Matter” crowd—my goal is to find better ways to convince them to join team equality.

Seriously, how can a person even argue that women or Blacks shouldn’t have the same rights as White men? There needs to be something wrong with them—let’s find out what it is.