Defining Yoga according to the Yogic Texts. 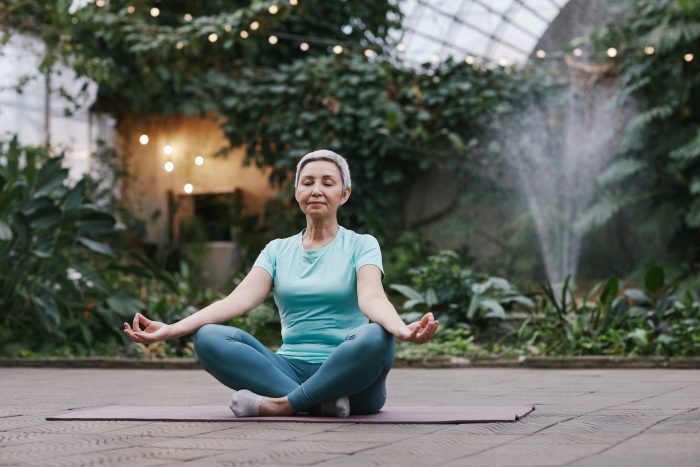 In today’s world, it is easy to misunderstand what is the real meaning of yoga is.

Either because of an overwhelming flow of different yoga styles or the beautiful pictures on social media that portray the perfect yoga asana (posture), we’re often encouraged to believe that yoga is related to how flexible we are in our bodies, or how well-aligned we perform a certain posture.

But the meaning of yoga nowadays is quite far away and different from the original definition of yoga that was passed on by the sacred yogic texts.

In the dictionary, yoga is often defined as a “Hindu philosophy that teaches you how to control your body and mind in the belief that you can become united with the spirit of the universe in this way,” or as a “system of exercises for your body and for controlling your breathing, used by people who want to become fitter or to relax.”

I admit that I turn my nose up when I hear yoga referred to as a “system of exercises,” an acceptable definition of yoga in the modern world.

However, yoga is a spiritual, philosophical, and holistic science that originated in the Northern part of India, over 5,000 years ago. The word yoga was first mentioned in the Rig Vedas, the earliest amongst the Vedas, which is the most ancient sacred text known to humanity.

The word comes from the Sanskrit word “Yuj,” which means “to join.” The main components of yoga are breathing practices, postures, mantras, bandhas, and mudras aiming to boost mental, physical, and spiritual well-being as well as to elevate the human being.

The first classical definition of yoga is from Bhagavad Gita, a dialogue between Krishna and his friend King Arjuna who was confused and anxious about important matters like war, life, and death.

According to the Gita, “Samatvam Yoga Uchyate,” which means “yoga is a balanced state,” because yoga brings the balance of the body and mind, but it also balances our emotions, thoughts, actions, and intellect. Essentially, everything is in the mind, and once the mind is steady, calm, and focused, we can experience true happiness.

The second definition of yoga also comes from the Bhagavad Gita. It says, “Yogah Karmasu Kaushalam,” which means “Yoga is the art of working skillfully, with no attachment to results.” This skill brings the body and mind in harmony. Yoga further brings harmony between Jnana, Bhakti, and Karma shakti, which are the energies that rule us.

Then, yoga becomes the skill where we can bring harmony and balance between our intellect, emotions, and actions.

The third definition of yoga, according to the yogic texts, comes from the Yoga Vasishta, which is a dialogue between King Rama and his guru.

During their conversation, the king had asked the definition of yoga and the guru said, “Yoga manah prashamana upaya,” which means “Yoga is the cure to achieve absolute peace and stillness of the mind.”

The fourth definition of yoga comes from Ashtanga yoga. Patanjali in his sutras described the meaning of yoga in his second sutra, “Yoga chitta Vrtti Nirodha,” which means “Yoga controls the fluctuations of the mind.”

Our mind doesn’t listen to us. Whenever we are depressed or angry, the mind controls us. One depressing thought of fear and anxiety ruin our day and, sometimes, our lives. And because one negative thought brings another, a series of problems will eventually arise. But if we learn to change our minds, we change our bodies. If we control our minds, we control our bodies.

There might be other definitions of the word “yoga” and a different meaning for each yoga practitioner and teacher, but it’s worth mentioning that yoga starts with the mind and ends with the mind. The mind is the bottom line and the focus of the yoga practice, not the perfect asana or perfect body.

Yoga is the conscious art of self-discovery. It is a process by which human beings expand their narrow, constricted, and egoistic personality to an eternal and blissful state of reality.

Yoga is an all-around development of personality at a physical, mental, intellectual, emotional, and spiritual level.

And this is what the real definition of yoga is all about.

More about the definition of yoga: 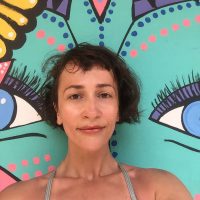 Jolanda Cristiano is a yoga teacher and life-long yoga student. She has dedicated herself to the study, practice, and teaching of yoga since discovering its magic and benefits… Read full bio