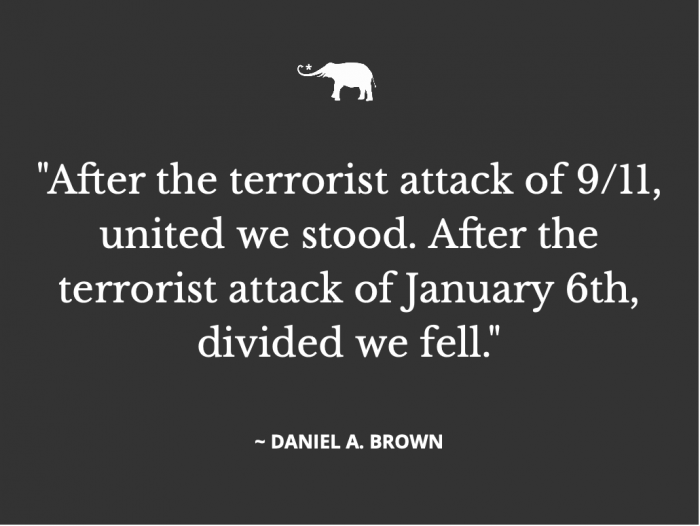 It’s hard to believe that an entire generation has passed since the terrorist attacks of September 11, 2001.

Like most Americans, I know exactly where I was and what I was doing on that fatal date, just as Americans did in the past on December 7, 1941 and November 22, 1963.

It was a gorgeous day with a deep blue sky. I had just finished my second cup of coffee. The radio and computer were off. The phone rang. It was my parents, who despite living in uptown New York City, had no idea what had happened until my sister in Massachusetts called to inform them.

I immediately called my high school sweetheart who worked a few blocks from the World Trade Center, but got no signal. That’s when I began to shake uncontrollably. Having no cable in my rural home, I drove to my sister’s and watched television with her—the endless loop of the traumatized towers. When I couldn’t take it anymore I left, and spent the afternoon regaining my sanity at the nearby Buddhist Peace Pagoda.

I was a nervous wreck for the following week; just listening to the news on NPR made me weep.

Likewise, I will never forget where I was and what I was doing on the date of the next terrorist assault on America, namely Donald Trump’s attempted coup d’état on January 6, 2021.

I was working on a landscape painting of a moon rising over Santa Fe, New Mexico, and my wife was baking cookies. We received a text message from her father saying simply, “Turn on your television.” For the next few hours we were horrified by watching scenes one would expect in a third world banana republic.

Like on the 11th of September, at a certain point, I could take no more and went outside to clear my head. I reflected that the sixth of January is traditionally the date of the buffalo or deer dance at the Taos Pueblo; my neighbors here in Taos, New Mexico, celebrated sacred moments of tradition, gratitude, and unity among the people there. I used to attend every year but because of COVID-19, the 2021 dance was cancelled. Instead, I was forced to witness a violent mob attempting to destroy my country, incited and whipped into a murderous fury by a sitting president.

Make no mistake, Donald Trump was and will always be the instigator of this outrage. It is a malevolent irony that on that cloudy January day, he succeeded where both Osama bin Laden and General Robert E. Lee failed. He attacked the capital of the United States of America where his followers marched through those hallowed halls with the confederate flag. And it was an attempted coup to overturn a free and fair election. An Argentinian friend of mine observed that it’s common in dictatorships to incite a mob to invade the local parliament in order to destroy the democratic process.

One thing is for certain: Blue Lives didn’t matter on the sixth of January. This past July, I listened to the gut-wrenching testimony from four Capitol police officers who survived an assault so vicious, that some said it was more life-threatening than their service in Iraq and Afghanistan. Trump’s “Loving crowd” (his words), attacked them with rebar, American flag poles, machetes, pepper spray, tasers, cattle prods, rocks, bear spray (I bought a can for hiking in Montana—it is designed to take down a grizzly), and anything sharp or heavy enough to use as a projectile. They were there to kill, and barring that, to spew abuse.

The African-American officer gave testimony that he was surrounded by a mob who chanted, “Boo, N*gger!” when he mentioned he had voted for Biden. The others officers were told they would be dead by nightfall and feared that they were in danger of being trampled to death.

Many in the mob were clad in kevlar and other military style gear, so it’s obvious that they came with a purpose.

They knew who would give the final word to unleash them to attack. And while I will concede that some in the crowd got carried away with mob energy and had no intention of killing or destroying, their subsequent silence makes them accomplices to the act. As are those Republican politicians whose simpering cowardice and subservience to Trump has condemned their party to ignominy.

Terrorism against the United States, therefore, has changed its face. It’s no longer perpetrated by bearded, medieval-looking foreigners espousing a different religion and living thousands of miles away. It has been replaced by the domestic terrorism of our own citizens involved in far-right militia, white supremacist, or conspiracy cells. The fact that they have been encouraged and abetted by a former president and his cohorts in right-wing media shows that “Trumpism” is a genuine cult mentality and a dangerous one at that.

There was nothing American citizens could have done to prevent 9/11. Nobody saw it coming, including our intelligence agencies. Likewise, it might be impossible for the average Jane or Joe to prevent another. But we Americans can however, prevent another sixth of January.

We can elect leaders who respect American democracy, free and fair elections, and full access to voting—and we can demand that those currently in office do the same.