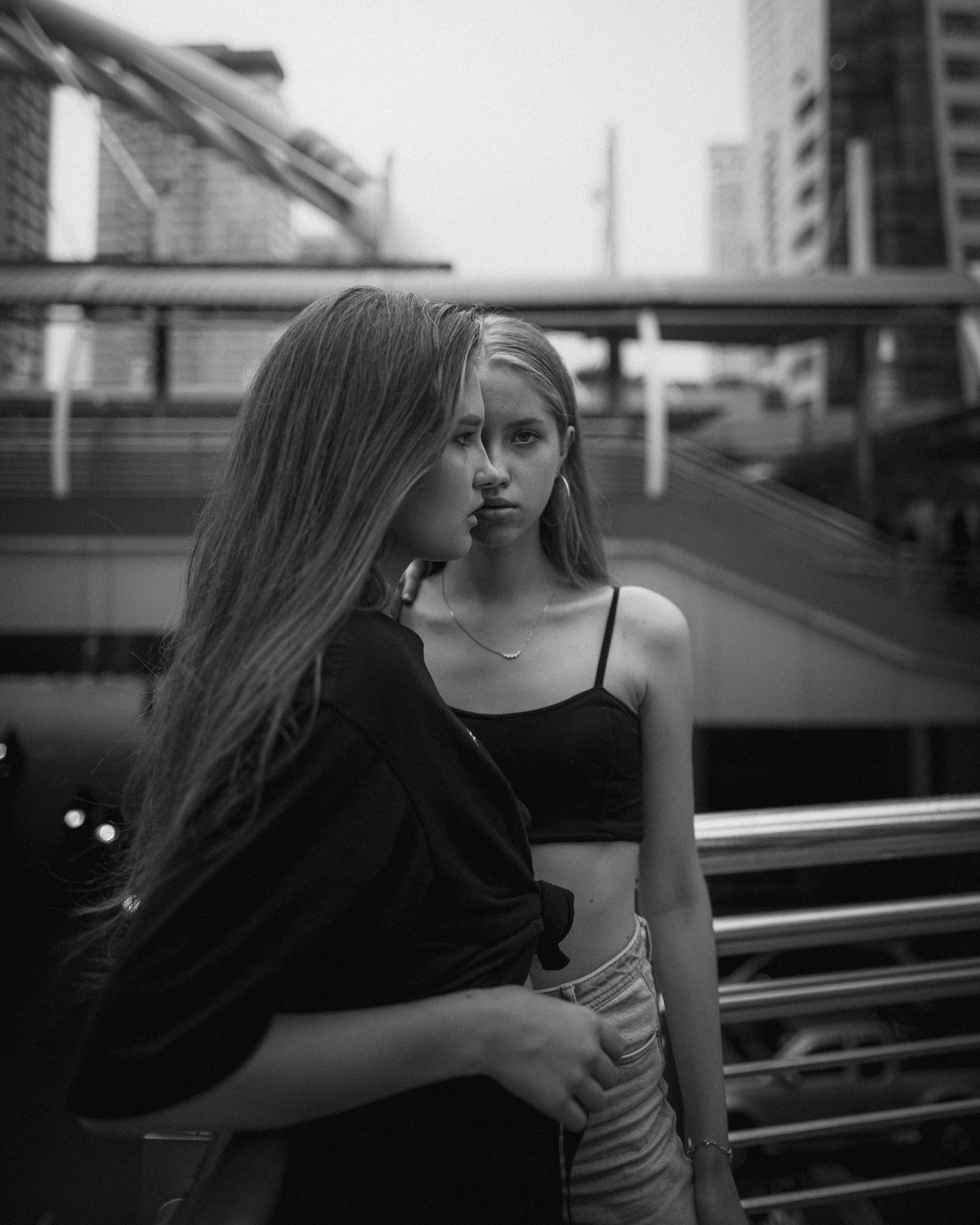 It’s time to normalize boundaries in friendships—to communicate what is needed, wanted, and expected of another within the platonic dynamic.

I don’t know about you, but when I learned about boundaries, setting them, and living them, my focus was mainly around family and romantic connections. I didn’t know that friendships needed the same care and attention.

I have always had great friendships, some came and left, others have stuck around, but overall, I have been lucky in terms of the great people I have had the pleasure of calling friends.

It wasn’t too long ago when I realized that my desire to be needed was a trauma response for me. I clung to the idea of wanting others to need me so that they would not be able to leave so easily.

I know this fear of abandonment has shown itself in many connections, but I haven’t been able to make that connection in my friendships until recently. I used to be an over-giver and an unaccepting receiver. I felt so unworthy of receiving any sort of love, money, and so on. But I always found others so deserving so naturally, I gave my full self to them in hopes that it would unconsciously control the narrative they have about me.

Now things have shifted as I begin to understand that I don’t have to do that in order to have great connections with people.

I used to thrive on being an emotionally supportive friend and would easily take on the burdens of others. Like I said, the feelings of being needed made me feel comfortable. Although this is a common trait for many individuals, we rarely see the effect it has on our well-being, our sense of worth, and our soul’s alignment to love.

It creates this false narrative that we are only worthy of love when we take on the heaviness of others without feeling like we can share our own. It causes us to replay the belief over and over that we are not worthy enough. We are not able to have deep connections, and we cannot trust others enough to open up to them. But, somehow, we use these relationships to keep us from our own fear.

I know for myself I was drawn to friendships that were with people who would emotionally open up to me but would not ask the same from me. So, from the outside, it seemed to be a close and reciprocal connection when, in reality, I was able to manipulate it in a way that kept me from being “too vulnerable.”

I was great at making it seem as though I was showing my heart when, in fact, I was able to bring that out in others just enough to ensure that I never had to. I could easily make conversations center around them without drawing attention to myself. It was something I didn’t see, of course, but now I understand that it was how I coped with my fear of rejection and abandonment.

My lack of boundaries made me feel like I was safe as if I could give someone everything then they had no excuse to leave or to reject me—which I had to learn is never the case although my mind at the time thought it was a brilliant plan.

Now here is how things have changed.

There is a friend of mine, she is an amazing woman who has been through many trials in her life and has been revisiting her pain and moving through emotion.

I am someone who is nurturing and wants to be emotionally supportive to my friends; these traits have not been lost. Although now it is not wide open, it is given in the amount that I am able to without losing myself in the process.

Anyway, we were talking about how she has been feeling a lot of emotions lately and hasn’t been able to move through them as easily as she has hoped. This led to a brilliant conversation that I am proud of us both for having.

I told her that I didn’t want to be her coach (as I am in my professional life), but I wanted to be her friend. I wanted to be able to see her as a friend, and with that, I explained to her that I was not able to give her what she needed from me. I wanted her to know that it was not that what she had been experiencing was “too much,” as I know that that feeling is devastating, but that I was just not equipped for the space to hold all that she was going through.

I was so grateful for her and her response and she understood and respected my boundaries. She told me that it wasn’t easy to hear, as it brought up some feelings, but she understood that in order for me to be the best I could be in our friendship, it was best for her to find an outlet of expression and a space where she could get what she needed.

She also expressed that conversations like ours should happen more often, as we spoke about how resentment could be easily built between us if I had decided to not say anything at all. It could have led to a complete separation whereas now we can be friends in a way that is healthy and sustainable for both of us.

She has a point; so often we allow our friendships to fade out of discomfort rather than being honest with what we need and how we feel. It seems easier to let it be and not have to talk about it than to acknowledge any discomfort that may be ruminating beyond the surface.

I share this story, as I believe that you, too, deserve to be in connections that empower you to speak your truth as well as respect your needs. I also share it from the perspective of being receptive to the boundaries of others.

Allow yourself to step into connections that serve you and respect you for aligning with who you are. It is a fascinating transition and allows for greater trust and more depth to be discovered. 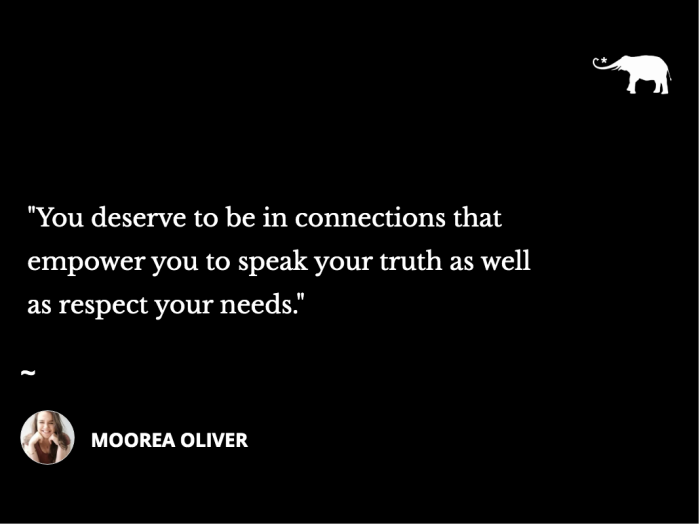 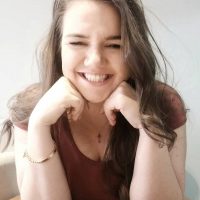 Moorea Oliver is a voice of love and acceptance. She is an advocate and current explorer on the journey of feeling and navigating love of self and others. She writes for the p… Read full bio