This is How we End Racism (& Sexism & all the Other isms.)

Throughout my life, I’ve had male “friends” of all ages, who as it turns out, just wanted to have sex with me.

Here’s how it would work: I’d meet a man who was kind, funny, and interesting. We’d talk, maybe hang out a little, or go have lunch.

It was all fun until one random day when he’d catch me off guard by moving in for a kiss. When I’d stutter through an explanation about being better off as friends, he’d get angry and end the friendship in some weird, passive aggressive, shaming way.

And that, among other things, taught me that men aren’t always safe. I learned that men, for the most part, find very little value in me if I have no sexual interest in them.

Is this assumption true? No.

But can you see where it came from?

We come to conclusions about groups of people for good reasons. Years of accumulated experiences shape the way we think about and perceive the world. We encounter situations that leave us feeling marginalized by certain groups or endangered by others.

One of my grandmothers escaped Nazi Germany. Her family’s rights as German Jews were being stripped away, and while their mother refused to believe that anything was happening, my 19-year-old grandmother and her 21-year-old sister saw the truth. They sold their jewelry to buy train tickets, and when they returned home, they hid them in a hollow curtain rod.

The Secret Service came that same night—after the ticket vendor tipped them off—and searched the house.

They didn’t find the tickets.

My grandmother and her sister escaped on that train to Switzerland. They later made it to the United States, but their mother perished in a gas train on the way to a concentration camp. My grandmother despised all Germans and Japanese after that. She said they weren’t trustworthy.

Are all Germans and Japanese people treacherous? No.

But it’s an understandable prejudice, right? I daresay many people who’ve been abused in their lives develop a superiority complex to self-protect. Just by being around them and hearing their stories, we too get caught up in their subjectivity, almost by osmosis. We all have family members whose personal experiences have influenced us and perhaps left us a little more narrow-minded than we’d like to be, and racism is passed from generation to generation, effortlessly.

Now, imagine all of the people on the planet and all the personal experiences that have left them feeling ostracized, abused, hurt, confused, or made to feel less than by a someone of a certain demographic.

That’s billions of people with billions of sour opinions about entire groups of people. And they’ve come into those beliefs naturally.

In 2016, some people voted for a presidential candidate who wears his shadow on his sleeve for all to see. After so many years of a government adept at using smoke and mirrors to distract us from the reality of capitalism, we finally elected someone who wasn’t scared to tell the truth. It turns out, the truth is ugly.

Apparently, we’re a nation of racist, self-centered, discriminatory thugs. And I mean all of us, every single one of us.

But I don’t say this to shame. I don’t say it to blame, and it most certainly isn’t a call for more fighting. We can’t fight war with more war.

I say it because we can’t begin to solve a problem unless we admit there’s a problem to begin with.

Up until this point, I think people like me have been unwilling or unable to recognize the parts of themselves that are inherently racist, prejudiced, or discriminatory. It certainly hasn’t been okay to talk about them. In a culture of political correctness, it’s taboo for the average person to admit to discrimination.

So we hide our intolerance, push it down deep, and ignore it. But the time is ripe to start unpacking our bias—and I don’t mean collectively, I mean personally.

There’s a saying in my line of work that what we see in our outer reality is a reflection of what’s happening internally. So when we see blatant prejudice on a large scale in the world, we see it because prejudice on a smaller scale exists within us, in our minds and consciousness.

It’s easy to condemn groups like the neo-Nazis, who march against people of color and Jews, or Muslim terrorist factions, because their racial bias is radically dangerous. But what about the rest of us? Our sorrows and injustices may be nowhere near as militant as theirs, but we still have them. It’s impossible to be human without them, and if we pretend that ours don’t exist—while pointing fingers and denouncing those who admit to theirs—then we become part of the same problem.

So let’s just get this next part out of the way: if you think you’re someone who accepts everyone and never judges people, it might be time to take a deeper look and start owning your own shadow.

It means we start admitting to ourselves that we too have bias against entire groups of people. We stop denying our preconceptions and misconceptions about those people. We acknowledge that we’re partial. We confess that we feel marginalized.

When we begin to take responsibility for the chips on our shoulders, we can move forward.

We have a president who gladly shows us his ugliness, and while it’s so uncomfortable to see, he is also inviting us to look at our own. Let’s turn our shiny rocks over and have a cold, hard look at the worms and mold slithering and growing underneath.

Because until we do that, the discrimination and bigotry and sexism will continue.

Which groups do we automatically judge or feel mistrustful about?

How do we personally discriminate against them? Gossip? Shunning? Trolling? Raging? Shaming?

Here’s the key: when we find our answers, we must resolve to meet them with curiosity and compassion.

We don’t shame ourselves. We don’t tell ourselves that we’re wrong and bad.

We dig into the reason we developed these prejudices in the first place. We unpack the trauma that happened in our lives. We acknowledge that it pushed us to build the walls that keep us from getting hurt by anyone in those groups ever again.

As we process and come to terms with these prejudices, we work toward arriving on the other side with a deeper understanding of how they developed and what choices we made that helped maintain those beliefs.

This isn’t a quick fix, but if we’re willing to look at the role we personally play, and why we play it, we invite our inner wisdom to spill forth. And let’s face it, the world needs less reaction and more wisdom—that is how we affect change.

Do we have the courage to look within and own our contribution? If so, we become part of the solution.

If you Know you aren’t Racist, Watch This Blue-Eyed, Brown-Eyed Test. 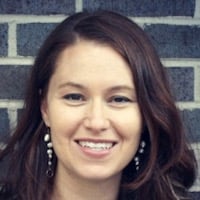