Harmonizing your Wardrobe with Vedic Astrology. 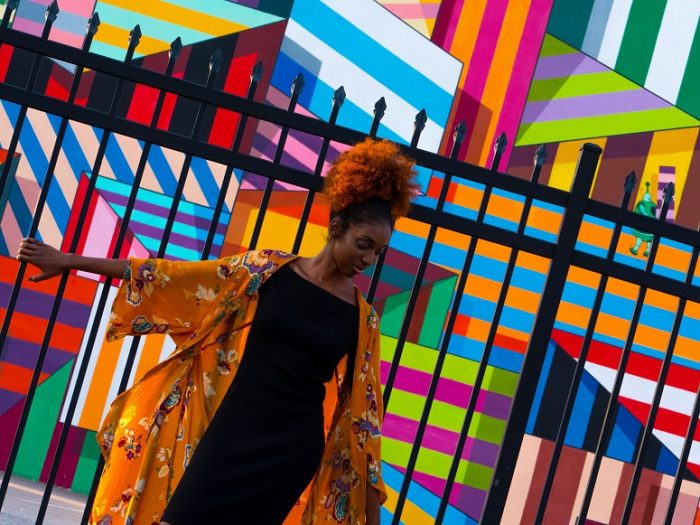 Circadian Medicine, which now has Nobel Prize-winning science behind it, is poised to change the way we live our lives, according to a recent article in Scientific American.

Rhythms, such as day, night, tides, and even weather, come from the influences of the sun, moon, and the gravitational forces of other planets in our solar system, particularly Jupiter and Saturn. The sun and the moon do most of the work in regard to our circadian rhythms, but emerging science is beginning to understand the subtle effects that the planets in the solar system have on us.

Giant planets like Saturn and Jupiter, for example, play a large role in protecting the Earth from asteroids and solar debris by their powerful gravitational field—which also modifies earth temperatures.

The study of circadian rhythms and chronobiology is still in its infancy, with new realizations being discovered every day.

Jyotish: the Science of Light

Interestingly, Ayurveda has described the subtle facets of circadian science for thousands of years. In Ayurveda, the science is called Jyotish, meaning “the science of light.” It is often referred to as Vedic Astrology.

While I cannot currently offer the modern science behind the predictive wisdom of Vedic Astrology or Jyotish, the question that begs to be answered is whether science has yet to understand or be able to measure the more subtle influences that the planets in our solar system have on us as individuals.

As it turns out, planetary influences from our solar system are responsible for the ice age, global warming, and many other major historical climatic events throughout history, according to newly understood science.

Among these events are the Medieval Warm Period, which occurred from around 1000 to 1250, and the so-called Little Ice Age, which occurred between 1350 and 1850. The Little Ice Age caused mass starvation and social upheaval during the 16th and 17th centuries—all caused by effects that planets in our solar system had on the activity of our sun.

While science is a long way from making any suggestion of the validity of astrology, I thought it would be fun to unveil some of the more subtle lifestyle choices suggested by Jyotish in regard to how we dress, the color of fabrics we wear, and the gems we might invest in—all to align themselves with our planetary influences.

In Vedic times, not only did the fabric you wear matter, the color of that fabric and type of gem in your ring mattered as well.

Jyotish is based on the configuration of the planets and stars that occurred at the exact time and location of your birth. In India, Jyotish experts make assessments about the personality traits, strengths, and weaknesses of an individual. The goal was to use Jyotish-based lifestyle recommendations to harness the subtle power of specific planets and avert the dangers and hardships life may have in store.

Still to this day in India, Jyotishies help families arrange marriages based on the astrological compatibility of a prospective couple. In terms of divorce rates, Jyotish-based arranged marriages are considered more successful with fewer divorces when compared to solely love-based marriages.

According to Jyotish, each planet has a specific influence on the mind, body, or emotions. To align oneself with the positive influences of the planets, one would wear the corresponding color for each planet that is represented by each day of the week.

Sunday for the sun, Monday for the moon, and so on. Also, each precious metal and gem correlates to the vibrations of each planet. The gems had to be of a certain quality and were meant to be touching the skin, usually on a specific finger to have the predicted beneficial effect.

On Monday for example, pearls would be worn on the ring finger, and one would dress in moon colors of white or silver to align with the rhythm of the moon.

Saturday represented Saturn and the energy of introspection. Dark blue or purple would be worn to reflect that energy.

In general, the planets that are strong and beneficial in your Jyotish chart are enhanced when you wear their related gems and/or color. Orange robes worn by monks, for example, represent Jupiter or the guru (teacher) to pay respect to the higher power (God).

See the chart below to learn the suggested correlations between the planets, lifestyles, and days of the week. Have fun with this!

What the Color of our Clothes Says about our Personality. Find out your Colour Crush & Learn a Life Lesson.