Thailand’s Elephant Whisperer is a Force of Nature.

“People are so difficult. Give me an elephant any day.” ~ Mark Shand

Lek means small in Thai, and she is physically small, but has a big heart. It is abundantly clear that she loves elephants—and other animals—and they love her! I recently witnessed a huge elephant carefully nudging Lek along and playing with her.

Lek founded Elephant Nature Park (ENP) in 1996 to provide a healing sanctuary for rescued elephants. It’s a 250-acre (100-hectare; 630-rai) plot of paradise about an hour away from Chiang Mai in northern Thailand, and is surrounded by a river and verdant hills. ENP also has a herd of water buffalo, hundreds of dogs, a cute cat kingdom, and ample wild birds and butterflies.

Some of the elephants were injured in circuses, elephant camps, logging, by land mines, or by cruel people; some had broken bones, some were blinded—all were traumatized. 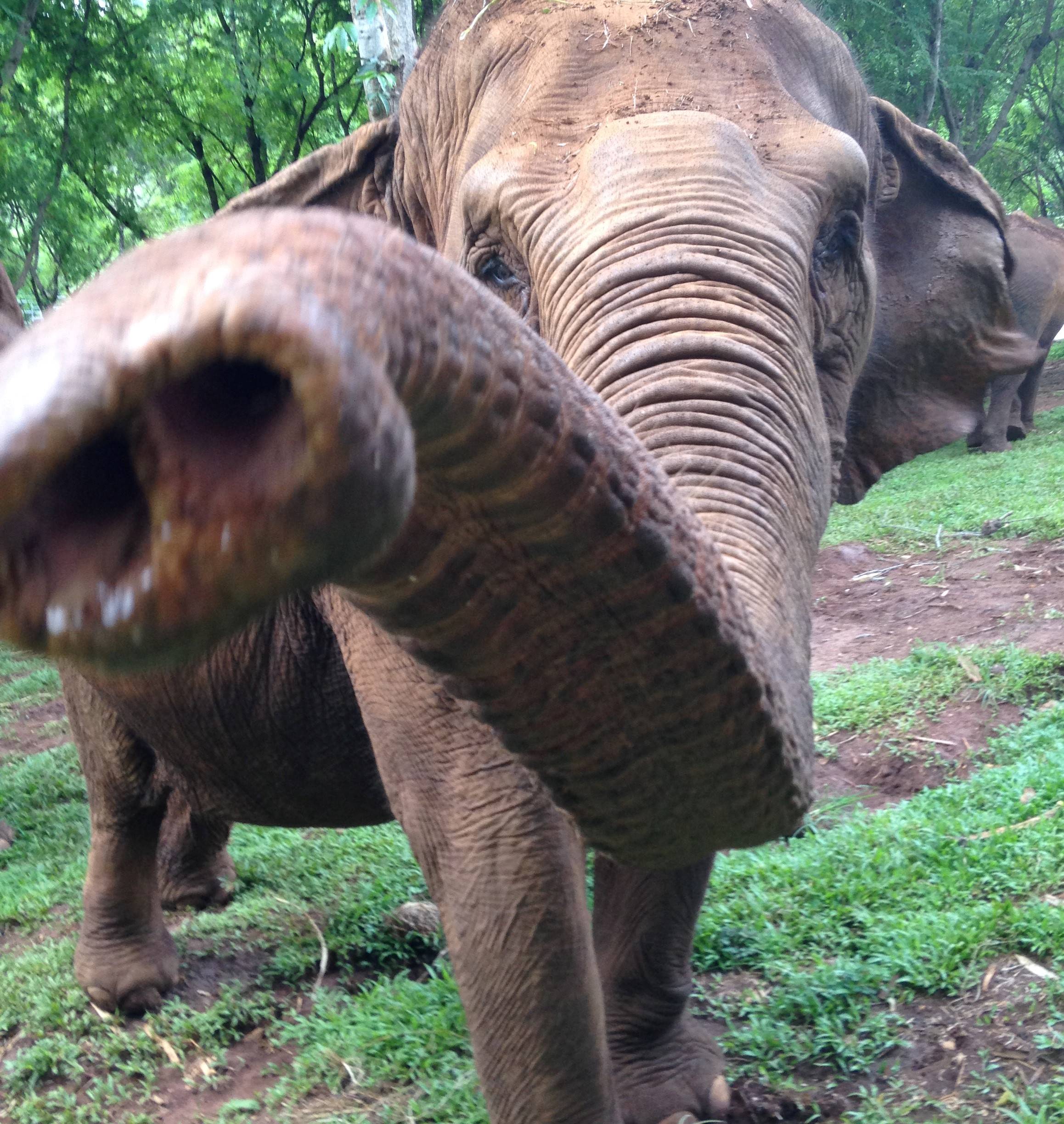 Wild elephant populations are tragically in precipitous decline, due especially to habitat loss through deforestation and poaching—formerly for labor in the logging industry and now for ivory, meat, leather, and other body parts, as well as for circuses, zoos, and tourist elephant camps.

This is especially tragic for an animal that Aristotle described as “a very sensitive creature and abounding in intellect.”

ENP reverses the cruelty with care, compassion, trust, respect, love, and lots of food. Witnessing this elephant whisperer gently put a baby elephant to sleep by stroking it and singing it a Thai lullaby is pure magic.

At Elephant Nature Park, there is absolutely no exploitation of the magnificent elephants, or any other animals. There are no chains, no bullhooks, no riding, no work, and no coercion. Like the title of a documentary about Lek says, she prefers to use “love and bananas” when caring for her special friends.

To be consistent, all food served at ENP is plant-based, just like the herbivorous elephants eat. All animals are loved and respected by Lek, and so, following the basic philosophy of veganism, none of them are oppressed, exploited, or consumed. 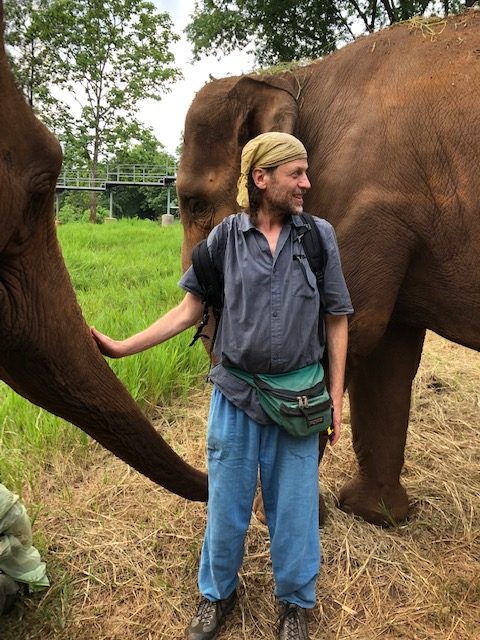 I have been privileged to visit ENP several times and luckier still to have met with Lek. She is guided by endless love for all animals without any fear. After seeing an elephant playfully put its mouth around Lek’s little head, I asked her for a simple message that I could share with those who unfortunately cannot visit ENP.

She said it all comes down to “deep respect.” When we respect, we protect.

If there is ever going to be a Nobel Prize in the elephants category, this hero should be the first recipient! 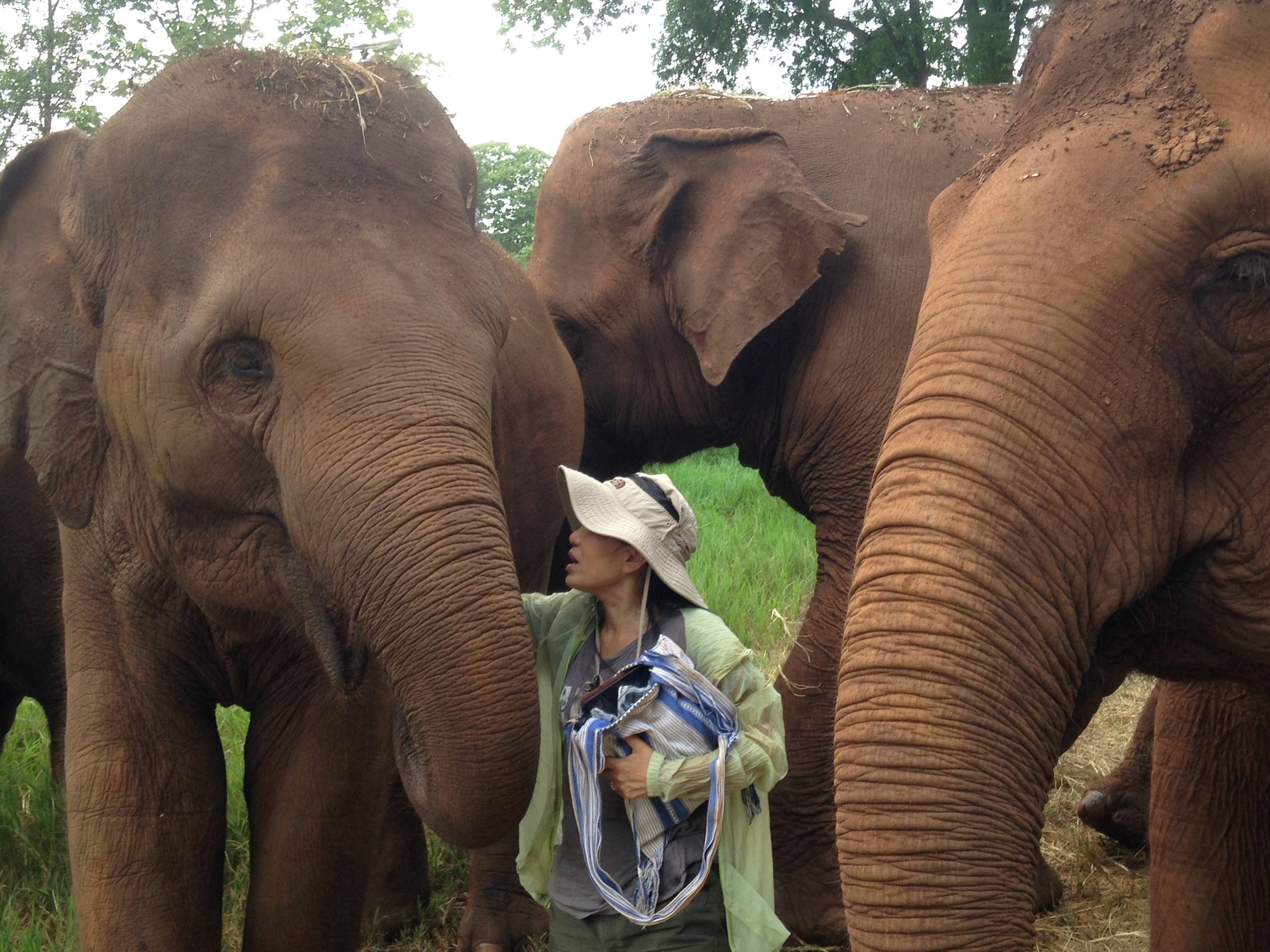 Instead of telling you how kind, compassionate, and dedicated Lek is, let me show you with 10 quotes from her.

1. “When I was young, I felt sorry and sad for the elephants. I loved them, but that wasn’t what motivated me to work for the animals. The thing that really changed my life was when I was 16 years old. I went to a logging camp and saw the elephants there, and I saw the abuse they received. That was something that changed my mind about animals and the way we live with them.”

2. “We want them to receive all the love they never received. If I plant a tree and give it love, it will grow. It’s the same with the elephants. They come here like zombies, and with love, they start to play and relax and remember they’re elephants.”

3. “They never forget, but they forgive.”

4. “I still believe the world can change. People are becoming more educated. Animal rights people are standing up and raising their voices more, and spreading the word. Conservation groups are fighting harder, and speaking out more for the animals. I hope we can spread the word—the facts about these animals—and more people will begin to love and care for them. I still have hope that it isn’t too late to create peace for the animals. Even with ivory poaching and the illegal animal parts trade, we have a lot of positive movement at the moment.”

6. “I have so much love for them. Being able to see people come to the park and fall in love with these animals makes my heart smile.”

7. “I never think ‘elephant is an animal,’ I think they are a person, so that is why when I talk to them, I treat them like my family. We understand, even if we speak a different language. But we understand each other.”

8. “If we [don’t] change our attitude from this time, we can’t expect the next generation to learn and to stay peaceful with other beings on this planet.”

9. “Spread the word on behalf of the animals. They need a voice. Write the truth about them. Help to educate others.”

10. “If the planet does not have elephants, then it is empty for me.” 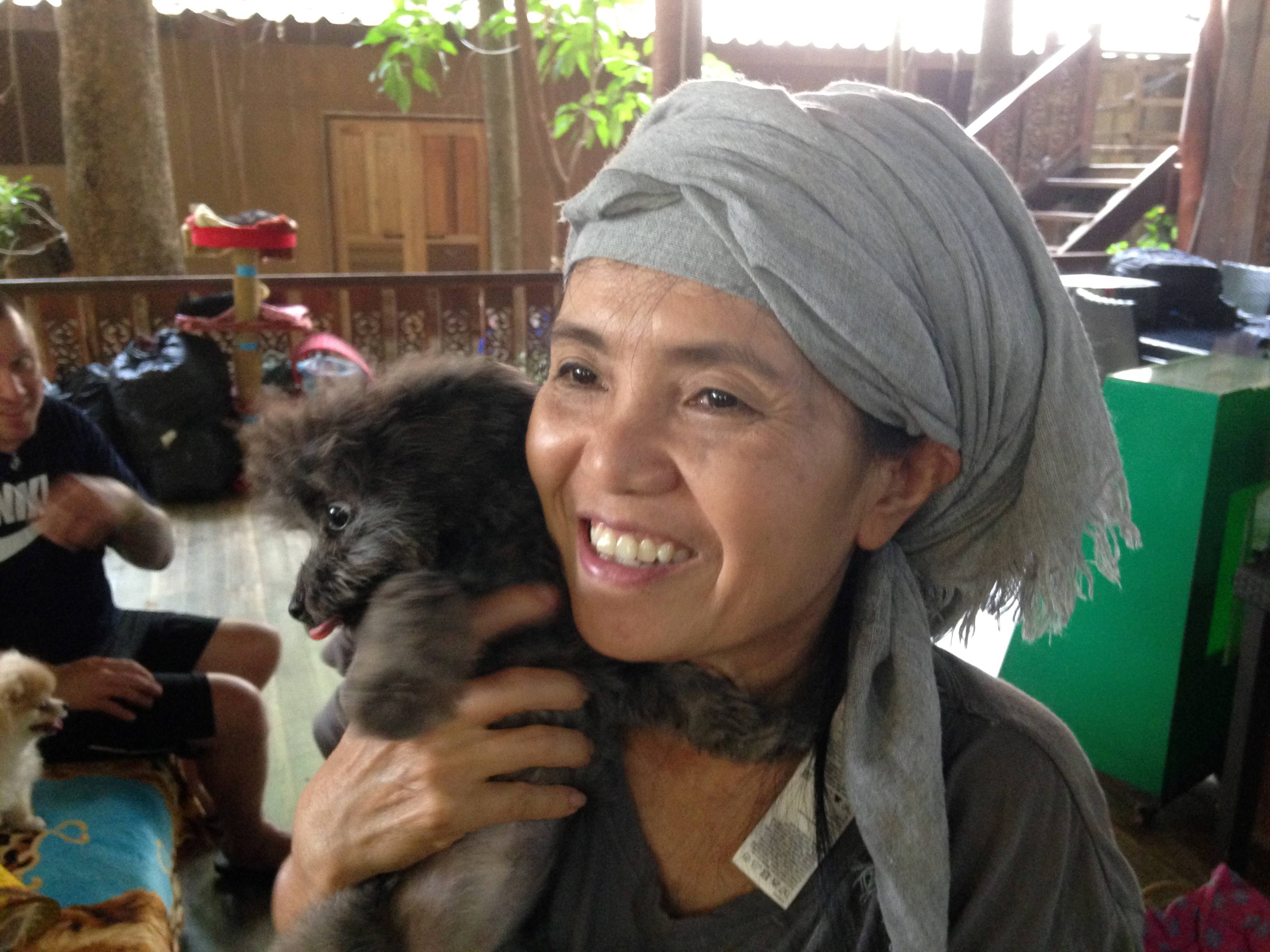 Inspired by their gentle wisdom, there is so much we can learn from both Lek and elephants. But learning is not enough; they need our deeds. What can you do to help? 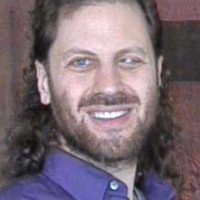 “As a general rule, if you see pictures of people riding elephants, avoid it.” Abused, Traumatized & Worth more Dead than Alive: Why I’m still Fighting for India’s 3,500 Captive Elephants. Heartbreaking. Here’s what we can do. What An Elephant’s Passing Showed Me About Love & Grief. {Video}
See relevant Elephant Video