Don’t Say you Love me as an Immigrant. 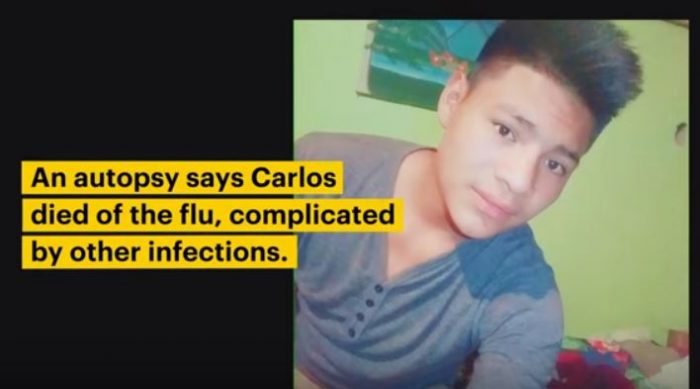 My heart was heavy this morning.

I saw film footage that had just been released of a sick 16-year-old boy who died in an immigration detention center in Texas in May 2019.

Carlos was just a boy. His story is not the only sad one among hundreds of children in detention centers, unfortunately, but it’s the one I read today that made me cry. Carlos could have been related to someone we know here. To one of our friendly immigrant workers who work so hard to make our communities grow.

I was enraged. And I’m not so easily thrown off the rails like that anymore. After practicing mindfulness, I really try to embrace my anger and be conscious about it, trying to dissociate a bit by being the “observer” of my feelings. But today I wasn’t in the mood for even trying to observe anything. I wanted to feel enraged and I gave myself permission for that. Because I am simply tired.

I am tired of being loving and compassionate for people who support these kinds of policies against immigrants. I am tired of hearing that the president “doesn’t mean what he says” and that he doesn’t hate us immigrants. That he is just trying to do his best.

As a Brazilian who came to this country with my 26 years of life packed in my suitcase, and became a citizen a few years later, I must say I am also tired of being “accepted” by conservatives who say they love me.

You cannot love me and not love Carlos.

I am sure a lot of immigrants feel that way. We work and live around conservatives who still support the current administration. And they say they love us immigrants, but I don’t think they do. You can’t love me, just because you’ve met me and you’ve connected with me on a personal level, and not love boys like Carlos.

“Oh, but you’ve come here ‘legally,'” some might say. “You’ve married a citizen so you have rights.”

Yes, I have rights. But mostly because I am privileged. Bottom line, Carlos wasn’t a privileged immigrant like me. He didn’t come to the U.S. with a Master’s Degree in his bag. He didn’t have money to pay for an exchange program like I did. Although I struggled financially in my country and came from a modest family, at least I had one small opportunity that helped me come here “the right way” as they say. Carlos probably had nothing.

But Carlos was just as deserving of being here as I am. Yet, he didn’t have his chance.

So that enraged me. I wish I could tell him, “I’m so, so sorry you didn’t have the chance to immigrate here like I did, Carlos. Please rest in peace and know that we will fight for you.”

That piece of news this morning made me realize that I have lost respect for all the people I’ve met who still support a president who has started a war on immigrants. I had tried to be compassionate and follow the wagon of “politics cannot divide us,” but the hell it can’t. It has already divided us!

Trust me, I have conservative friends and family members who don’t agree with the current administration and are disgusted with what’s happening. I love them even more for that. They have not let a partisan issue dictate who they should be supporting. These people have my utmost respect, as they show compassion and humanity despite their previous political associations.

But I don’t understand how someone can look at footage like this, see the number of children in cages and detentions, and still say “he doesn’t mean it.”

Of course, he means it. He means it all! The war on immigrants has never been so fired up with all these ICE raids and detentions. We even saw a video this year where the President laughs when a crowd member screams that they should “shoot them,” referring to immigrants crossing the border.

And yet you tell me you love “me?” You love me because I am a “privileged immigrant.” I am Latino, but I am also white and educated. I’m an immigrant who came here “the right way.” That’s why you love me. I wonder if you’d still loved me if I had come in the same way Carlos did.

So it disgusts me to hear supporters of this current administration ask me questions about my country. “Oh, you’re from Brazil. This is so cool!”

I don’t want to respond to these comments and questions anymore. Why is it “cool” to come from a country just because it’s a beautiful tourist destination?

My immigrant privilege has made me “cool” in your eyes. And I am so sick of it.

My heart breaks, but unfortunately, I need to stop trying to be okay with the attitude of people who support this. I know that sometimes they have been influenced by their surroundings and they might be unaware of what’s going on. But many are aware. And they play dumb to justify it.

Some people may still say, “don’t let politics divide you.”

But your political views have unfortunately divided us forever. I am so sad to come to this conclusion, but I’ll never be able to look into your eyes the same way.

Mostly because politics is everything. It’s the way you see the world. It’s what you think is fair and unfair. So your thinking that I am deserving of being here but boys like Carlos are not is 100 percent politics.

I still believe in mindful activism, as Thich Nhat Hanh has always supported. I believe it has to be done with kindness and compassion, no violence whatsoever. I still try to be compassionate, but it’s getting harder and harder.

I just can’t accept that we can be “the same” if you justify these kinds of actions. You are the one who separated us, not me. I can’t be “the same” with people who believe children like Carlos have to be in cages and eventually die.

I hope to overcome this anger someday and maybe see you with more compassionate eyes. I hope to see that you’re still sleeping. But at the moment, I’m angry. And I only hope my anger wakes you up to reality.

After all, I can just hope and pray that we can all be the same again one day. And I hope you will learn to love kids like Carlos as much as you say you love me. 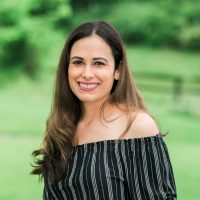 Agnes is a college instructor, a Reiki Master, and a meditation teacher. She’s originally from Brazil, and she loves to blend her spiritual practices with mindfulness m… Read full bio

11 Ways to Raise your Vibration—and thereby, Humanity’s. One Planet. One Humanity. #familiesbelongtogether: What we can do about the Crisis at the Border. Metta for Detained Children: a way to Respond when we’re in Despair. The Best Thing to come from Trump’s Border Wall Yet.
See relevant Elephant Video