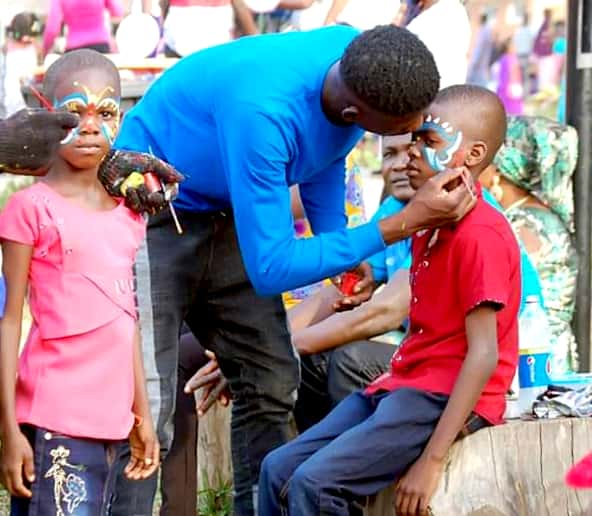 I want to see more men excited about the possibilities that their hearts hold, who can express emotion, and are comfortable with non-sexual intimacy.

I want to see more men who care about humanity. And who say it out loud.

This is not to say that there are no men who do not genuinely care or are in touch with their hearts. In fact, I can name a few men in my life whom I’ve learned a great deal from about being a better and more tender human being.

The thing is, though, when I look around me, I don’t see a lot of those men. Those open men I do meet leave me in complete awe of their raw humanness. This is precisely because I don’t encounter a lot of them.

I’ve been working in the development/humanitarian field for eight years now, and I can safely say that I almost always work with women.

In my gender studies classes, one man would show up to class on a lucky day.

The gender ratio is just always off. Why is that?

Well, to begin with, this is not the fault of the men.

Still today, throughout the world, many of us, men and women alike, have been socialized to think of men in a certain way. Men have been consciously and unconsciously programmed to act out predominant forms of masculinity. To add to that, men are still seen by some as the primary breadwinners and less vulnerable than women. Don’t think so? Think again.

A lot of the time, this does not happen in the straightforward, “Mad Men” sense, but in a subtler sense. It happens every day: in instances when a woman expects a man to get the cheque, make the first move, or take on the role of the “protector” when she is unwilling to do the same. To perform the role of the stereotypical “man,” you need to display a set of behaviors, including displaying less emotion, having a more individualistic attitude, and being a “successful professional.” This could also very well mean that you will end up pursuing one of the more stereotypically male careers and have more traditionally “macho” interests.

Even eating habits are affected. Some studies have captured the link between meat and manhood. “Men are pressured to accept as ‘natural’ a powerful bond between masculinity and meat: whether that is eating, cooking, or hunting, or any other ways in which a man’s ‘manhood’ is supported by or challenged in whether he eats meat or not,” says Dr. Alex Lockwood, senior lecturer at the University of Sunderland.

Society has jam-packed masculinity with traits that could potentially harm women, the world, and the men themselves.

Interestingly, dominant narratives of masculinity could be directly enforced on women as well, particularly in circumstances when women are expected to perform traditionally “male” roles.

As the daughter of a single struggling mother, I’ve been socialized in a similar manner despite being a woman.

“Don’t cry, I want to see you strong,” I’ve been told (with the best and kindest intentions, I have to say).

“You have to make a lot of money when you grow up—you can’t be dependent on someone else.”

“A financially independent woman is a strong woman,” I’ve been repeatedly reminded.

As teenager growing up listening to those phrases, I was on a quest to learn about careers that pay the most. “Banking, it is,” I decided with utmost certainty at the age of 15.

I later went on to pursue a dual degree in Finance and Economics and later joined a graduate management training program at a major financial technology company.

At the age of 19, I remember telling my family that I really don’t mind if I work 14-hour days as long as I am paid well.

I grew up having major issues expressing emotion, verbally and physically, especially telling people I love them. I would show love through random acts of affection, but it was always difficult to express any kind of positive, loving emotion. It felt awkward, uncomfortable, and unnatural.

But I think my heart was always there, within, guiding me.

I had a gut feeling that the financial industry is not for me. I wanted to do something that is genuine, something that I care about. I wanted to be of benefit. My hope was to get in touch with my purpose, and to the best of my ability, make a difference in the world.

I had no idea what to do, but I came across a job positing for a vacancy at an organization working toward building empathy and human connection among young people from different cultures. I applied, and a few months later, I had a new job.

This is when I met people who taught me how to hug.

“Why do you literally just pat me on the back? This is not a hug! This is how you hug someone—you embrace them fully,” I was told by a girl who would later become one of my closest friends.

I am still trying to embrace everything more fully—life, people, and mishaps. I am still learning to undo my socialization: to be a more open human, to express vulnerability, to depend on other people at times—and to cry.

You don’t have to be a man for traditionally masculine expectations to be forced upon you, so I do get why a lot of men are unable to live from the heart and show vulnerability. I’ve struggled with this all my life. Though I have made some improvement, it’s a process and I am still un-learning.

Despite that, I am sure men often have it worse.

Let’s hope for (and create) a future that doesn’t pressure men to perform an outdated form of masculinity that is still deemed natural.

Let’s hope we can all live from our raw hearts, care more, and reflect on our individual patterns of familial and societal socialization.

Let’s hope that when we express, let it all out, and work, that we can do so to be of benefit. And when we embrace, to do it fully. 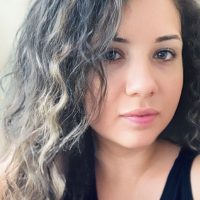 Farah Nasreldin. I fall in love with everything that is raw and human; the way my grandma gracefully read the morning newspapers with her cup of coffee and the subtle smile on… Read full bio