“What Took you so Long to Find Me?”—How I found Self-Love by Letting it All Go. 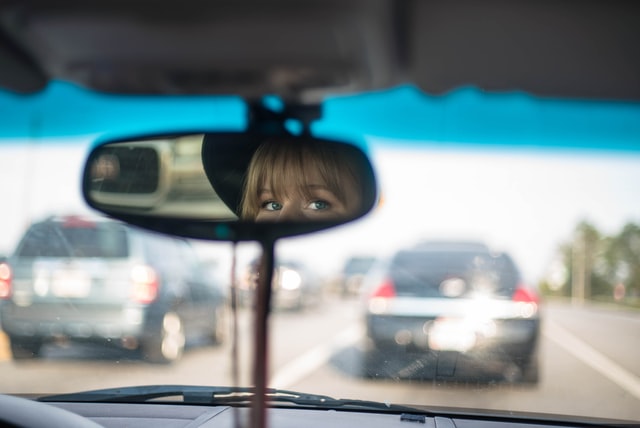 It has taken me longer than I would care to admit to understand that self-love and self-worth can only come from within.

I have struggled to love myself and accept my imperfections since childhood.

In my later teen years, I was always self-conscious. I was thin and average height, but dressed in too-big-for-me baggy clothing. (Think Billie Eilish, but less cool. I wish someone like her had been around in my years of impressionable adolescence. I’m grateful she can be a role model for my girls.) If I had to wear tighter clothing, I kept my arms wrapped around my body—hoping to hide any unsightly feature I was focused on.

This low image of myself was a large factor in how I let others treat me, especially boys, which led to other traumas, like being harassed or assaulted by males of varying ages at different stages of my life. Or being bullied in school for being too thin, too fat, my teeth too gapped, my hair too greasy, or my family being too poor.

When it came to boyfriends, I would accept any kind of attention—well-intentioned or not. And I would do almost anything to keep that attention coming.

When I met the boy who would become the man I eventually married, he laid it on thick. He told me everything a young, naïve girl wants to hear. We would talk for hours, my arm cramping from holding the phone to my ear while listening to his deep, sleepy breaths as he drifted off. He would bring me gifts just because he was thinking of me or when I was ill. There were red roses, Hallmark cards, and little knick-knacks of pandas, which he knew were my favorite animal.

He would tell me how beautiful I was and how much he loved me. He told me how I was his everything. At seventeen and sixteen, myself being the older one, he proclaimed that he wanted to marry me and start a family.

Within eight months, I was swimming in a deep ocean of his love—totally immersed and never coming up for air. I would tell people about how we met years before in a youth group and became friends, and how our first kiss literally sparked, like static electricity at its finest moment.

When I discovered I was pregnant, my focus shifted. All I could think about was loving this tiny human. Too immature and uninformed to know what I should do, I listened to everyone else. I listened to the boy who said I was his world and now so was this baby. He was genuinely happy and excited. And I listened to family (mostly his) and members of the church.

The general advice? Get married.

But my gut told me not to get married. I loved and cared for my boyfriend, but I had no idea if I actually wanted to stay with him the rest of my life. I expressed my feelings during the pre-wedding counseling, and I was quickly told that I was just nervous. I listened. We married.

Right from the beginning, we argued—over petty things. This grew into heated yelling matches, which would often end in hurtful comments. Over time, the fights got worse as I sat quietly, taking it all in. Sometimes I would cry or walk way, but seldom would I defend myself. After a while, I started giving in. I found that if I let him “win,” I could have peace.

This went on for years. On a few occasions, the fighting escalated, but I told no one. There were members of his family who knew, although it was never discussed.

I did my best to keep him happy. Some days, he would be calm and collected, having fun with a boyish attitude. He was always clever, funny, and charismatic. He was helpful with family and friends. Even if he complained about it later, he still liked to feel needed—and everyone loved him. Other days, the smallest thing could set him off. I was not always aware of the root cause. The blame usually landed on someone else; a lot of the time that someone was me.

After over a decade and a half of marriage, I found myself attempting to make friends with his frequent temper. I knew my health was suffering as a result. I visited several doctors who thought I had irritable bowel syndrome (IBS) and fibromyalgia, but had no explanation. At one point, a new doctor, who couldn’t believe I had all these issues with no reason, offered me a one-word explanation: stress.

It was a combination of that doctor visit and other events early last year that made me realize I needed more help. I needed someone I could talk to to process all this anguish. At the time, I had no idea this would be the most difficult year of my life.

After more fights and trying one last time to save my marriage, I decided I had had enough. I could not take another exhausting round of “who did what to whom.” I realized that our relationship was over—there was nothing more to be done.

I had to think about the children and myself. I had to acknowledge how much this had already affected us all, and how traumatizing it would be if I chose to stay. It was time to show them you can still love someone and have the strength to walk away.

After joining a separation and divorce support group, I started building a way out.

The day I asked him to leave, I had just left my counselors office. I had arranged a playlist of songs to help me connect and sit with my feelings—all the hate, anger, resentment, grief, relief, and, most of all, self-love.

As I sat in my car, looking inward to acknowledge my situation and my feelings, tears started to fall. I was playing the music so loud that it was like being in front of a speaker at a rock concert. I pulled into the driveway, turned the engine off, and pulled down the visor to observe myself in the mirror. My face was covered in salty tears, blotchy with bright red cheeks and puffy eyes.

I stared at myself and asked, “What took you so long to find me?”

With my ears still ringing and my heart beating so hard I thought it would burst through my chest, I realized that I had done what one can only do when they love themselves. It was far from over—more of a beginning to an end. But I knew that I had only found the strength because I finally decided to be a friend to myself.

I am now kind and gentle with every thought, and accepting of my past and the decisions that brought me to the present. My feelings are being felt and processed. I am loving me. I am healing. 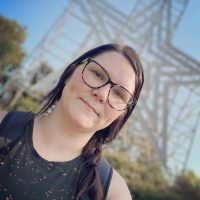 Jessica Fordham is from Roanoke, “The Star City”, Virginia. Being surrounded by mountains and plentiful outdoor activities to take advantage of, her favorites are … Read full bio