It’s Beyond Time to End the Pandemic of Domestic Abuse. 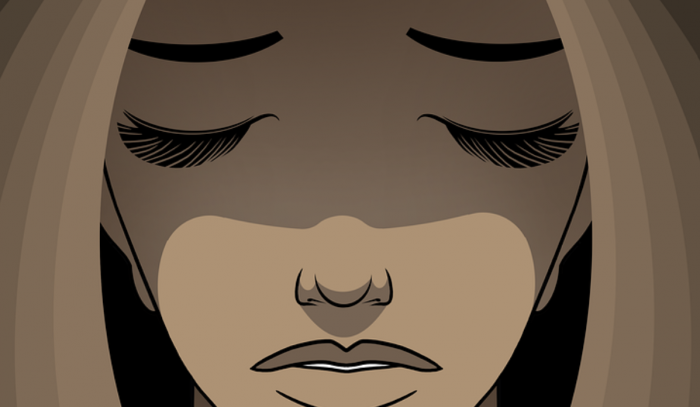 If we can beat COVID-19, we can surely end the violence virus!

It’s hard to find any silver lining to the Covid-19 pandemic which has affected so many people here in the United Kingdom and the rest of the world, but one glimmer of optimism for me is how it’s shaken up our “normal” view of the world—forcing us to rethink some habits that were causing unnecessary harm to the environment (thinking we need to fly somewhere to have a great holiday) and also draining our bank accounts because we’d been brainwashed into thinking that having fun had to involve buying stuff we probably didn’t really want or need.

The end of “normal” has caused me to make some big changes and re-evaluations of what’s important to me. Just spending time with friends and family has become much more important than where that happens, or what we’re eating at the same time.

It’s also pulled back the cover on some things that we’d prefer not to think about and in bringing home the reality that we live in a fragile and interdependent world I’ve found myself, even with the relatively minor deprivations I’ve experienced, better able to empathise with the many people in the world who are struggling to live in extremely difficult circumstances—whether because of war, natural disasters or disease.

I realize how well insulated I’ve been from these painful realities.

I’m also hoping the strangeness we’re living through will have encouraged more of us to open our eyes to another “disaster” that most of us have been able to avoid or have preferred not to think about—the ongoing but largely hidden epidemic of domestic violence, mostly perpetrated by men against their female partners.

To put it into perspective: as of yesterday, the Coronavirus had killed 124,000 people in the U.K., and there had been 1.19 million confirmed cases. This is terrible, but rates of infection and death are falling, and hopefully, within another few months, the virus will have receded and not be a threat anymore.

But about 1.6 million women suffered domestic abuse in England and Wales during 2019, and under lockdown, this has surged by around 20 percent, for all kinds of reasons.

Almost one in three women aged 16-59 will experience domestic abuse in her lifetime; two women a week are killed by a current or former partner in England and Wales, and around one-third of women worldwide have experienced physical and/or sexual violence by an intimate partner or sexual violence by a non-partner at some point in their lives. And this ongoing pandemic of harm is showing little sign of improving any time soon unless more radical action is taken.

It is, and always has been, utterly unacceptable and inexcusable that so many women are intimidated and assaulted by men.

We pride ourselves in being a relatively civilized country where human rights are respected and everyone is should be entitled to a life that’s mostly free from fear and danger. Yet we turn a blind eye to the horrendous scale and tragic cost of the “male violence virus”; and although the majority of men are not abusive or violent, the statistics clearly show the scale and prevalence of the problem.

The huge costs in terms of the women and children whose lives are damaged, of the men who are put in jail, and the unnecessary burden on the NHS, the police, and social services to name but a few, makes it difficult to understand why more resources are not invested into understanding and reducing this scourge, in the same way as we did with the pandemic.

We know now it’s not just a shortage of money because we know how much was quickly made available in the fight against Covid-19. So it must be because women’s safety, and men’s mental health, are just not seen as enough of a priority by our government. Spending in this area is slowly increasing, but not by anything like enough to effectively deal with the problem.

It seems almost as if the approach by the government’s approach is to ignore the problem and hope it will go away. But of course, it doesn’t. It’s just getting worse. How bad does it have to get before they take notice and change tack?

Maybe a partial explanation for this is that the majority of our leaders and decision-makers are men, and if they are anything like I was until I learned more about the problem of domestic violence from a woman who had been in an abusive relationship who told me about the terrible cost to her and her family, they find the whole issue shameful and painful to think about and prefer to look the other way.

I now see this as a failure of courage and of responsibility. In the post-me-too age, there is less of an excuse than ever for us as a society, and especially us men, to not be facing the full scale of the male gender violence problem and committing the resources necessary to ending this disease, in order to create a world where all women and girls, as well as men and boys, can feel safe

I’m convinced that, along with severe penalties for perpetrators and the provision of safe refuges for women and children who need them, ending male domestic violence will also require two other essential elements:

1. More men being made aware of the scale of this “violence virus,” so they will do what they can to end it, for example, by joining White Ribbon and similar campaigns, and making the White Ribbon pledge “to not tolerate, excuse or ignore violence against women wherever they encounter it.”

2. Making more help available to men who are themselves perpetrators, and are caught in a cycle of violent behaviour that they don’t know how to change; providing them with better therapeutic support and anger management training, and access to the kinds of interventions that have proved to be effective in encouraging and enabling perpetrators to change their behaviour.

Male violence remains the number one threat to women’s health worldwide; a threat that with the right resources is completely preventable. Just like with Covid-19, there needs to be urgent and adequate investment in research needed to better understand the roots and causes of this horrific behaviour so that an antidote can be found which will dissuade and discourage any men who may be tempted to harm a woman; and provide support to help them find a constructive and less damaging way of handling and healing whatever feelings they have that cause them to act out that way.

We have shown ourselves determined to minimise the harm caused by an external virus; how can we justify not investing everything that’s needed into ending the much more damaging effects of the “violence virus” that so many men seem to be carrying around and allowing.

The Invisible Domestic Violence no one Talks About. It wasn’t Love: 10 Signs your Relationship was a Trauma Bond. The 4 Phases of Leaving a Narcissist (& the Answer to “Why don’t you just Leave?”) 7 Signs You’re Being Love-Bombed. 12 Brené Brown Quotes to Kick our Ass into Courage, Self-Worthiness & Vulnerable Imperfection.
See relevant Elephant Video