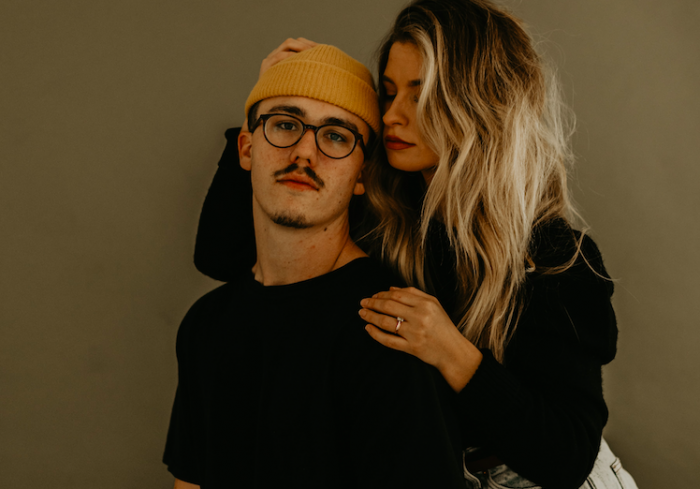 I will be perfectly honest.

When I set out to write this article, I perceived myself as a bad boy. Up until I reached the age of 40, I was enmeshed in a world of alcohol, illicit substances, live music, and an unenviable employment history. My oldest daughter’s mother was inordinately beautiful and our relationship drew indignation and disbelief from many guys who saw themselves as much more deserving than me.

I wrote about how the combination of my love bombing, instability, and alpha maleness made me a viable prospect to create children with. I made the observation that these traits were much more attractive than the guy who shows up unannounced at a love interest’s job with an embarrassing bouquet of flowers or makes himself available at all times.

I had to scrap the whole thing because the more research I did and the more questions I asked women, the more I realized that I have had the unique experience of playing both roles: the asshole and the self-proclaimed nice guy.

I am sure it won’t tax your imagination too much if I mention the fact that the person I was in active addiction was bad and my introduction to recovery was where I began to feel the sting of the friend zone. I had a difficult time reconciling my role on the planet when I changed so drastically and, although it was quite painful, it gave me an education and the ability to speak on this topic with some confidence.

Here are five very valid reasons why “nice guys” have such a hard time getting laid:

1. Faint heart never won fair lady.
I cannot count how many times I have had friends who have insisted that they take rejection a lot harder than most people. It’s a blind spot a lot of guys seem to have. Everyone hates rejection. It is painful. It is embarrassing. It exacerbates our insecurities; however, beating around the bush never landed anyone in bed next to an attractive partner. I will now admit that this part was where I realized I have been guilty of this on occasion, too. The end result was that I didn’t get any. Surprise surprise.

2. Nice guys can be…boring.
Motorcycles are sexy. Ambition is sexy. Bands are sexy. Hell, even whacked-out performance artists are sexy. Guys who sit on the couch all day playing video games rarely are. But even if video games are your thing, the situation is entirely salvageable if you can carry on a scintillating conversation about something other than actors who have made cameo appearances on “Friends.”

3. Freshman Biology.
This area is tough to explore without coming off too harsh, but there is always that case where the average male becomes obsessed with the well-above-average female and figures that overwhelming kindness will make up for other areas where they are lacking. This never usually works. The expression “water seeks its level” is a valid idea. Women have every right to choose who they want to have sex and/or a relationship with. These rom-com plots where Joe Shmoe wins Gwyneth Paltrow rarely work off-screen.

Natural hierarchies are a matter of basic biology, and even though dating rarely has anything to do with the act of mating and reproduction, it is there where our programming lies. And no one can overcome biological programming. Just ask Darwin.

4. Nice guys are too quick to want commitment.
Most women are savvy enough to know when they are in the presence of a guy who will promise commitment to just about anyone who treats them halfway decent. If you think about this logically, how valuable is that commitment? Not very. There’s more to it.

For a lot of men, it’s difficult to imagine that women don’t always want commitment. They’re not experienced enough to realize that most women are living, breathing, feeling human beings and not two-dimensional commitment seekers.

5. Nice guys aren’t really nice.
It’s my belief that everybody knows that guy who talks about his ex-girlfriends in the most vulgar and uncharitable way and then constantly posts memes about vulnerability and feminist advocacy. That guy who goes on and on about the unfairness that nice guys deal with in the dating world and how women are only attracted to jerks. Most women know all too well that these are all signs of the dreaded incel (a term meaning “involuntarily celibate”).

Most women have neither the time nor inclination to suss out what red flags are underneath all of these resentments, but most of the time their instinctual reaction is “check, please!”

Finally, I’ll end with this: I’ve taken a lot of liberties. Even my ex-girlfriend told me I have no right to start any sentence with the phrase “most women”; however, I do not do this frivolously. Test any of these conjectures. This is based more upon human nature than any mean-spirited generalizations.

The one thing a woman told me, in the course of writing this piece, that stuck out more than anything else was: “These guys think we are attracted to assholes, but they’re not seeing the forest for the trees. We are attracted to certain men usually despite the fact that they can sometimes be assholes. Big difference.”

For more on the "nice guy":