8 Red Flags to Watch out for when Online Dating. 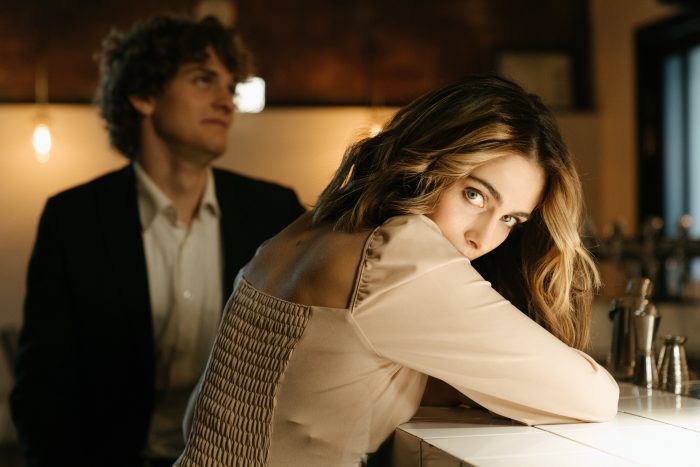 We all remember a time when meeting someone was a natural affair (not literally an affair—let’s not start like that) at a bar.

Or perhaps, being set up for a date by a mutual friend or coworker, and getting to know people face-to-face. Oh, the actual horror.

Or chatting with a stranger in a crowded, smoky nightclub, barely able to hear them over the 80s or 90s music filling the room with electronic beats, while wooing them with flirtatious banter, with drinks flowing freely. And then, taking them home and where they never leave happily ever after.

Nowadays, the whole dating game has changed through the advent of online dating. The in-person or physical presence is instead replaced by a digital representation of who someone wants to appear to be. Their profile picture is carefully chosen, edited, and often holds no likeness to them in the slightest.

Ermmm, is that even their natural eye color? Where has that mole gone?

Not too many people paint an accurate picture of themselves because they see themselves in such a skewed manner. Their online profiles are tainted with filtered photos that enhance their features, creating a new person, with the occasional mistruth in their bio to skew reality.

Is that their real job? Are they even single? Hmmm.

The new dating chain of events can be a genuine lottery. Along comes Miss “A” who sees Mr. “B’s” profile, and then they start chatting. They both read what the other person is writing and responding while pretending to be everything the other person wants them to be, with flashes of their own personality interlaced with the generated version.

But then what? They aren’t going to just chat forever, right?

The inevitable meeting has to occur. There are no more filters to hide our faces and no walls to cower behind as we pray our personalities would shine through. We see each other with virginal eyes for the first time, trying to work out what is different.

We find ourselves uncomfortable and the conversation can be awkward and slow. But why? We spoke so freely online every day, so why does it feel different? Why the lack of beautiful, descriptive words?

When using a phone or a computer, we can be whoever the f*ck we want to be, and some people turn bullsh*t into a literal form of art. The Picasso of words can easily create a work of art for us to admire on the canvas of the screen. However, put them face-to-face with each another—with an actual live human being—and, weirdly, the words that once flowed freely have now vanished. Poof.

I bet they wish they had been a little more honest in their profile now as they exit the stage, right? Maybe even wishing they’d swiped left?

Anyway, I have ranted for far too long.

Here is my list of red flags to assist all the “still singles” on what to spot in a dating profile:

1. People who only have one photo

If someone only has one photo on their dating app, then I’m sorry. Where have they been all their life? Why are there four pictures of a cityscape, a countryside, a dog or cat, but only one photo of them? That’s not even their full face. Is that even them? Who are they? Do they even know?

This can lead to a big swipe left.

2. People who write “Looking for my partner in crime”

They have to recognize that this is similar to looking for an adventure partner. Like, what crimes are they planning to commit here? Couldn’t they think of anything less cliché to write? Or are they just wanting to realize their personal “Bonny and Clyde” fantasy?

I’m just saying…that ended up well for them.

3. People who state facts like “I have a house” or “I have a fast car”

As Shania Twain would likely say, “That doesn’t impress me much.”

I just don’t think people should use money to buy love. When has that ever ended well for anyone? I guess if that’s some people’s kink—to be bought lots of things but to be lacking in other places—then hey, who am I to judge?

Just be careful of the prenup.

4. People who include photos of ex-boyfriends/girlfriends, or possible love interests

It’s great to include a photo or three with friends on a dating app. But if the same friend of the opposite sex is in all their photos, it’s going to raise a few suspicions. For example, is that their ex they are parading? Or is it their adorable best friend whom they’re secretly in love with but don’t think they like them back?

5. People who make it seem like working out is their sole personality trait

I totally get that making time for exercise and living a healthy lifestyle are both exceptionally important. But if someone doesn’t appear to have a personality outside of going to the gym, that’s a red flag.

Not all people are interested in seeing 10 shirtless photos.

6. People who try to get you to follow them on all social media platforms

What are these people trying to do? At a first guess, they are creating a digital harem—a talent pool of the opposite sex to dip in and out of whenever they see fit or for people to adore their photos and lift their social engagement levels.

7. People who add the “I don’t know why I’m here” line in their bio

Like honestly, who is going to fall for this? Did someone accidentally create a profile in their sleep and wake up the next morning in total shock? They stare at their screen, mouth agape, not knowing how they added 10 profile pictures and a perfectly constructed bio?

There is nothing more shocking or terrifying than liking a woman/man who looks really hot in their pictures, then getting stuck, feeling awkward, with someone who looks nothing close to the person in their profile picture.

In my opinion, online dating is a minefield—a literal explosion waiting to occur if you step one foot in the wrong direction. This is why I am happy being safe and secure in the confines of my own relationship.

For all those who aren’t—for those walking the thin line between happiness and total f*cking crazy, be safe, be aware, and be drunk. It makes it so much easier. 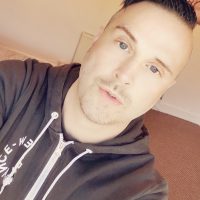 Jay Joaquim is based in Brighton, the United Kingdom. His thoughts tend to lean toward the darker areas of life but are sprinkled with enough glitter to keep some light in the… Read full bio