The Divine Feminine Archetype—& How Britney Spears Radically Embodies it. 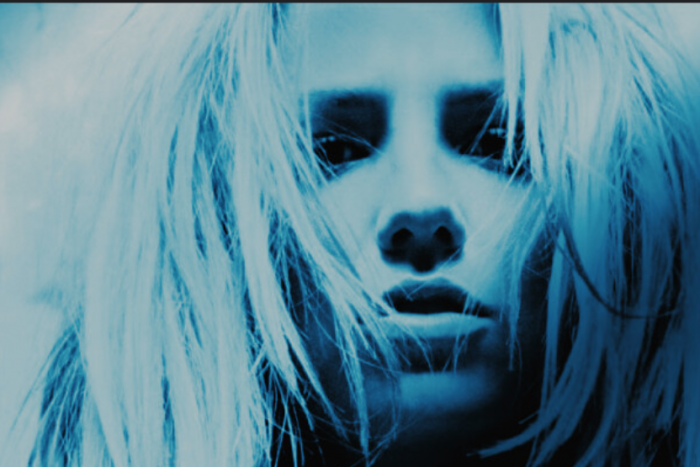 When I first heard about Britney Spears, I was six years old.

Strangers, family members, adults of the like would say to me, “you are just like a little Britney!”

I would be called names like “whore, hooker, slut, hussy” simply because I was a bold, very much an alive, innocently gorgeous, daringly audacious, talented little girl and pretty much stood out like a sore thumb from the rest of my age group. I did nothing to go out of my way to receive being seen in that way. Whether I wore a dress or overalls and converse, I was name shamed, hit on by creepy old men, met with coercion/sexual abuse, and heavily picked on by girls my age.

When I grew, Britney’s music expanded, and my psyche stayed in tune with her personal journey. When I tuned into her, even at a young age, I felt an immediate recognition with her authentic energy and her soul blueprint. I felt her power, her energy beyond human form, her soul. I felt her impeding future dilemma, her abuse, the coercion, gaslighting, distortion. All of it. I recognized it perhaps because it was not entirely foreign to me. And I already had the gift of prophecy.

I remember years passing and somebody in my family joking about her cutting off her hair. About how she “went crazy and lost it.” I remember researching everything I could find online. She was shamed as a mother. She was slut-shamed. She was guilt-tripped into mental disorders she didn’t have, except maybe those eventually and inevitably manifested by the endless coercion and abuse inflicted upon her.

I didn’t see a woman who couldn’t keep it together anymore, who had done wrong, who failed. My soul immediately recognized a woman who had not been properly supported. Who’s reality, dignity, rights had been distorted and stripped away from her. I was in my late teens and I remember seeing her photo and saying, “that woman didn’t go mad. That woman is fighting. She’s fighting a big game. She’s fighting for her power back.”

When I heard Britney speak her testimony just today, I didn’t hear any of the previous accusations or faults listed above. No. I heard a woman who had, perhaps for the first time in her 40 years of life, conjured some kind of force, inherent will, strength, bravery—to exercise her voice and not only claim her human rights but redeem her literal divine soul.

What is happening with Britney is the epitome of the divine feminine breaking free. She/this is the embodiment of the long-lost, distorted, abused, shunned, blamed, shamed, controlled, invisible, submissive divine feminine—who is finally rising up. In her very own redemption, reclamation, and sovereignty.

It is happening microcosmically, with us all, individually. I have seen a drastic upsurge in feminine survivors (and the feminine aspects that have been suppressed in men, too) rise to the surface and reclaim itself, its place, its very life right here on Earth.

But her embodiment and existence are the entire acknowledgment of that detriment. It completely and entirely witnesses and displays the tangibility of the divine feminine who has suffered and is now rising. Who was once suppressed and is now expressing. Who was once abused and is now in redemption. And what is happening here is the manifestation of eons worth of feminine abuse, the aftermath, the undying cycle of pain she endures when she is not heard until she finally is—and the groundbreaking rawr that takes place when she does re-emerge (!!!)

We get to witness the levels of abuse, gaslighting, and victim-blaming—the abuse when a woman doesn’t get to live her own life. Make her own money. Raise her own children. Make her own choices. Pursue her own dreams. Have her own say. We see what it does to her life force. The gaslighting when we the people turn around and dehumanize her. Demoralize and suppress her truth. Call her crazy. Useless. Powerless. Treat her like a slave. We only see the symptom and not the root. The victim-blaming when we don’t see her suffering. Because we failed to acknowledge our own suffering. So, we perpetually and collectively re-traumatize her.

In that, we witness our own collective bypassing, avoidance, and disassociation towards coercive abuse and trauma—and most importantly, the siphoning of the feminine life force energy and the distortion of the patriarchal white man in power.

Deep in pain, she came back to us as the maiden, even as a biological mother. Because her motherhood rites of passage were destroyed and never honored. We kept her small, pretty, pink, skimpy. Because we fail to collectively address the changes and transformations from maiden to motherhood in our own collective and our own lives.

We praise looking young, skinny, appealing, high-pitched, innocent, f*ckable over being authentic, bold, thick, primal, deep, human, unf*ckwithable. Yet another reflection on the collective psyche, our own personal shadows, and the dangers of keeping ourselves this toxic because of how our projections directly impacted Britney, too.

So many of us have been speaking up on our behalf about the abuse we have endured personally. The collective shadows and psychic wounds are coming to light and unraveling. Though our voices tremble, our nervous systems irregular, our confidence and sense of safety still finding their way back to us—we stopped hiding. We spoke out. We rose up. And now, she is, for herself. So, when you think “Oh it’s just a Hollywood celebrity getting out of rehab,” think again. It’s a f*cking powerful soul who has undergone immense detriment—and dare I say, further initiation into her power for when we do rise and reclaim it all.

And when we do come to the place with ourselves where we can acknowledge where the level of avoidance, blame, perpetration lives within us—we can finally clear that sh*t and bear witness to the long-overdue redemption, reclamation, restoration, retrieval, return of the divine feminine. The overall replenishment that takes place when she is witnessed, heard, acknowledged, honored, supported, cared for, physically and spiritually safe.

Britney’s experience has not only been a direct reflection of the divine feminine’s re-emergence and mirror to the shadowy toxic cobwebs in the collective psyche—but it’s been a solid parallel to how well we manage to face, recognize, give voice to, and heal our inner and outer abuser and outdated patriarchal perpetrator. It is a direct reflection of how well we are actually tuned in and paying attention, after all these years.

So yeah…it’s a pretty big deal, at large.

Read this powerful piece too: Why we need to Talk about “Framing Britney Spears.” 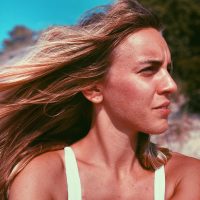 Taylor Rose is a Mother first, a pursuit in which has inevitably shaped the remainder of her life’s meaning. It was through motherhood that she learned patience, presence, b… Read full bio

4 Mindful Choices for Getting Unstuck from our Emotional Sh*tstorms. Gaslighting: The Mind Game Everyone should Know About. Telling People to Forgive is Gaslighting in Disguise. Beyoncé’s Surprise New Song “Black Parade” is the Revolution Anthem we need Right Now. The Childhood Wounds that Keep us from Setting Boundaries.
See relevant Elephant Video