From a Woman’s Perspective: What the Heartbeat Bill doesn’t Address. 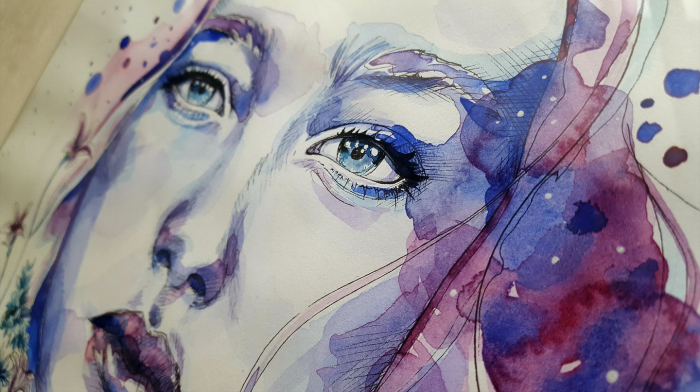 “I think we should talk about it,” I said.

He forcibly threw my legs off his body, rose from the couch to assume a standing position. He looked over me with a darkness that I didn’t recognize, and a silence fell over us.

Moments earlier, we had been lounging on the couch, my legs on his, engaged in conversation about a recent development: my unintended pregnancy.

“When did you make the appointment?” he asked me.

Having already medically confirmed that I was pregnant, the appointment in question was an abortion.

I recoiled, not sure what to say next. Instead, I shrunk into the pillow behind me, hoping simply to become smaller. When he next spoke, it was in the tone and with the words of a person I didn’t know.

From the instant he rose, unbeknownst to me, there was no going forward.

And there was also no going backward.

Few women will publicly detail the emotional experience of an unintended pregnancy, yet not only is it 45 percent of all pregnancies worldwide but also one in every 60 women will experience it annually.

We are rarely met with compassion for our situation or supported in processing these pregnancies, either physically or emotionally.

Instead, we are probed about “how it happened” and shamed into silence if we are not ecstatic about the development.

We may struggle with a deep and painful inner turmoil if there exists even a shred of indecision or uncertainty about either giving birth or mothering.

And if we wish to access professional resources by way of either counseling or medical abortions, we must operate under a cultural shroud of secrecy.

In some parts of North America, we must now do so by the time we are “6 weeks” along, a date by which even the most educated, responsible women may not have enough information or support. The average gestational age of pregnancy awareness is 5.5 weeks.

Days earlier, I had shared the news with my now ex-boyfriend: I was pregnant. Although I was already five weeks along, the positive test was a surprise to us both.

My pregnancy “symptoms”: a martini that I sent back to the bartender “tasted off,” and the walls of a lounge serving said drinks started closing in on me in a rare moment of temporary social claustrophobia.

When I retreated to the street for air, leaving a friend’s birthday, I wasn’t exactly rushing to the drugstore with suspicions that my distorted tastebuds and quest for reduced stimulation were indications of pregnancy.

A friend convinced me to take the first and only pregnancy test of my life, and I did so to appease her.

By the time I had the pregnancy medically confirmed and an ultrasound to date the baby, I was six weeks along.

In many jurisdictions today, the decision-making window surrounding termination would already be closed.

No woman gets pregnant alone.

Yet when facing the decision between the consequences of unintended pregnancy and an unwanted abortion, that’s exactly how we feel.

We often have a cultural narrative that women are being reckless, overly sexual, and are using abortion as birth control. Embedded within is an implication that the one in four women who terminate must be cavalier about the procedure.

As a result, when we find ourselves pregnant without intention, we may be asked why we aren’t “using birth control” or “tracking our cycle” or “being responsible,” even if we are doing all of those things.

We need to be asked, “How can we best support the mental and physical processes of what is now either pregnancy or termination?”

We need the query to be, “What resources do you need to make an appropriate, informed, and well-considered decision?”

Instead of questions such as, “Why didn’t you pee after sex?” or, “How long were you together?”

We never know if what we choose to do is for the best. The divisiveness of abortion as a moral decision overlooks the emotional impacts and inner turmoil of the women whose lives are forevermore altered, no matter which path we choose.

As my counselor eventually proclaimed:

“This is a decision most women wish they never had to make.”

Without an immediate impulse toward an abortion following the positive test and a growing awareness that the biological co-contributor and I had reached the conclusion of our relationship, I was boxed in.

I searched for the solidity of logic and rationale of what to do next: abort or carry to term. I waited for the comfortable groundedness of intuitive wisdom, the flash of “knowing” that often arrived when I had major decisions to make.

I could find neither, despite hours of processing. Instead, I was wracked with indecision.

I was confused, overwhelmed, sad, angry, and ashamed.

I started counseling at Planned Parenthood.

To become a lone parent was to override the rationale of my brain.

Yet my body clenched and contracted when I stepped into the clinic, and I couldn’t deny that to make this choice was to deny the messaging of my body.

Hours of indecision accrued. I couldn’t stop talking it through, but it seemed to make it worse rather than better.

I waited for either certainty or clarity and instead found anguish, shame, and indecision; I spent weeks feeling sick to my stomach.

I faced a crossroads (where I remained for the remainder of my first trimester).

Pregnancy has no middle ground: we are pregnant, or we are not.

And to purposefully not be pregnant, we require either an abortion or live birth.

We need to hold a woman’s process in reverence rather than in shame.

We need to be seen as humans having a human experience, not vessels of morality.

We need to be supported in destigmatizing the common experience of unintended pregnancies, afforded appropriate decision-making time, and collectively have recognized for us the complexity of indecision outside of situations limited to assault or incest.

We need to talk about how abortion laws and single and lone parenting are inversely correlated and how abolishment of one choice requires supporting the other: carrying a child to term often means raising one either partially or fully alone.

We need to be recognized for the intensity and gravity that can accompany this choice.

And we need to be given time to process, plan, and decide.

The secrecy surrounding unplanned pregnancies meant I didn’t, at that point, know anyone who had either had an abortion or had chosen the route of lone parenting.

I came to learn a large portion of the women in my social network had had abortions.

And never spoke of them.

Being alone in the company of other women holding shame, guilt, and secrecy is hardly the same as being supported.

We must be met with the open conversation of compassion and connection.

It was the bleakest and hardest decision I’ve ever made.

We need to give women more than six weeks.

The day six weeks arrived, I was holding Kleenexes, dizzy with overwhelm, and wishing I didn’t have to make a decision.

At nine, my relationship ended.

And at 12, I crossed an active abortion picket line on the way into the Planned Parenthood clinic.

There, on the last day of my first trimester, I was asked outside the procedure room if I could say, “I am sure.”