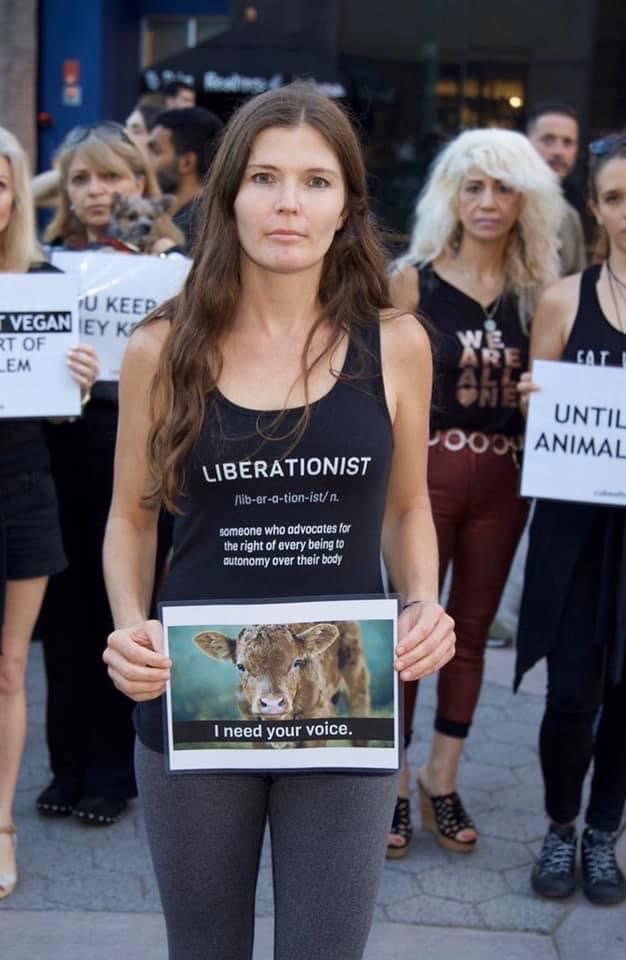 The following is an excerpt from Brittany Michelson’s book Voices for Animal Liberation: Inspirational Accounts by Animal Rights Activists.

As an animal rights activist, it is common to hear remarks such as:

“What about human rights?”

“Don’t you care about humans?”

“There are so many human problems in the world; let’s solve those first.”

There’s a widespread view that our own issues should be solved before animal issues are addressed, as if we need to demonstrate loyalty to our own species before advocating on behalf of others. This promotes the ideology of human superiority and reinforces a disconnect between humans and nonhumans. What we should be acknowledging is our interconnectedness: the fact that all beings have the capacity for love, joy, pain, and fear.

Animal rights and human rights are inextricably connected. For example, there are multiple human and environmental issues that stem from animal issues. If we want to create a peaceful world, we must pay close attention to the ways in which human and nonhuman issues are related, and honor the interdependence between our species and others.

Societal conditioning has taught us that certain animals are to love and other animals are to eat, wear, and use. Speciesism is the assumption of human superiority and involves the designation of values or special consideration solely on the basis of species classification. Speciesism is what underlies the notion that a dog is a beloved member of the family, while the purpose of a chicken is to be eaten.

Civil rights, women’s rights, gay rights, and other social justice causes have people who fight for their own rights, the rights of their loved ones, and those of their fellow citizens. Human rights movements operate from the ability of humans to use words and actions to stand up for their cause.

The animal rights movement is the sole exception: nonhuman beings do not have the benefit of speaking out for themselves, nor organizing a protest, although they do resist being harmed, as is evident by their struggle, their vocalizations, and their attempts at escape. These are their forms of protest. Yet animals are disregarded by their inability to communicate in our language, which makes them entirely dependent upon humans to prevent their exploitation. We hold the unique position of being both their greatest threat and their only hope.

In today’s world, there is greater reason than ever to consider the plight of animals and the impact of animal agriculture on the planet. More and more environmentalists are advocating for a plant-based diet, considering that animal agriculture is a leading cause of greenhouse gas emissions, ocean dead zones, water pollution, deforestation, and species extinction. The planet simply cannot sustain itself with the present mass-industrialized system. Add this to the increasing number of health issues related to the consumption of animal products and it becomes undoubtedly clear that it behooves humanity to work together to end animal farming.

Some people’s commitment to plant-based eating is due solely to environmental concerns or health reasons—to reverse ailments, heal disease, or prevent health issues from occurring. Then there are those of us who do not consume, wear, or use animal products because we believe that animals’ lives are their right and that harming them for any purpose is unjust.

This is a time in history when the stories of the marginalized have risen to the surface. As a species that has the ability to advocate for others, we have a moral imperative to protect the most innocent and vulnerable among us, and to inspire others to take action. Animal rights activism is an obligation for living on a planet where humanity dominates and uses nonhumans in every conceivable way—for food, fashion, experimentation, and entertainment. The multi-faceted objective of the animal rights movement is to denormalize violence against animals, change the deeply rooted mentality of speciesism, honor that nonhuman animals are individuals, establish rights on their behalf, and liberate them from suffering.

Australian philosophy professor Peter Singer’s book Animal Liberation (1975) is widely considered to have set the modern animal rights movement in motion. Today, it is one of the fastest growing social justice movements in society, and the imprint it is making on humanity is notable. Many prominent people from various fields—scholars, scientists, philosophers, and physicians, among others—have either joined the movement, support the movement, or at least acknowledge it as a necessary part of the equation of social justice. Intersectionality—the interconnected nature of social categorizations such as race, class, and gender—has become more widely honored and understood, and activists across other social justice movements are recognizing the importance of animal rights.

The liberation of nonhuman beings is vital to the whole of the planet’s success and is necessary for peace on earth. The activists who are featured in this collection believe that being vegan is the least we can do and that engaging in activism is necessary. Vegan chef, wellness and nutrition coach, and writer Tracey Narayani Glover said, “Fundamentally, vegans advocate for the values that all social justice movements uphold. They focus on the nonhumans, but what they are really advocating for is a society in which no sentient being is used as a means to another’s end. They are fighting for the elimination of all forms of prejudice and oppression.”

It is a profound decision to commit ourselves to living vegan, which enables us individually to diminish animal suffering and concurrently reduce our carbon footprint. Yet it’s a decision on another level to stand up boldly for what one believes in, which often requires putting our comfort levels aside—and in some cases, our freedom on the line—to make our cause heard.

Being an activist is necessary for the message we seek to convey to the public: that animals are individuals with their own sense of purpose and that they deserve the right to their lives. There is a growing unit on the front line of this rising movement, armed with compassion and a strong belief in justice for all beings. As animal rights activists, we are committed to standing up for those who society at large views as products, as commodities to be used; those who, through tradition and conditioning, are deemed unworthy of rights.

This collection spotlights diverse voices in the animal rights movement with the intention of inspiring those who are sparked by the vision of a more ethical world. From attending protests and marches, engaging in public outreach, spearheading campaigns, bearing witness, doing open rescue, holding demonstrations, and establishing sanctuaries, animal rights activism takes on multiple forms. In the book, activists from different backgrounds reveal their perspectives on animal rights, their experiences taking action for animals, the challenges they’ve faced, and the meaning of activism in their lives.

I am honored to be part of the animal rights community—to be among a passionate, dedicated group of humans devoted to taking action for those who cannot take action for themselves. Anyone—from any walk of life—can join a movement and become an activist. It is my hope that these stories will inspire and empower you to take action for a cause that you greatly value.

Let our voices be heard and our actions be bold. 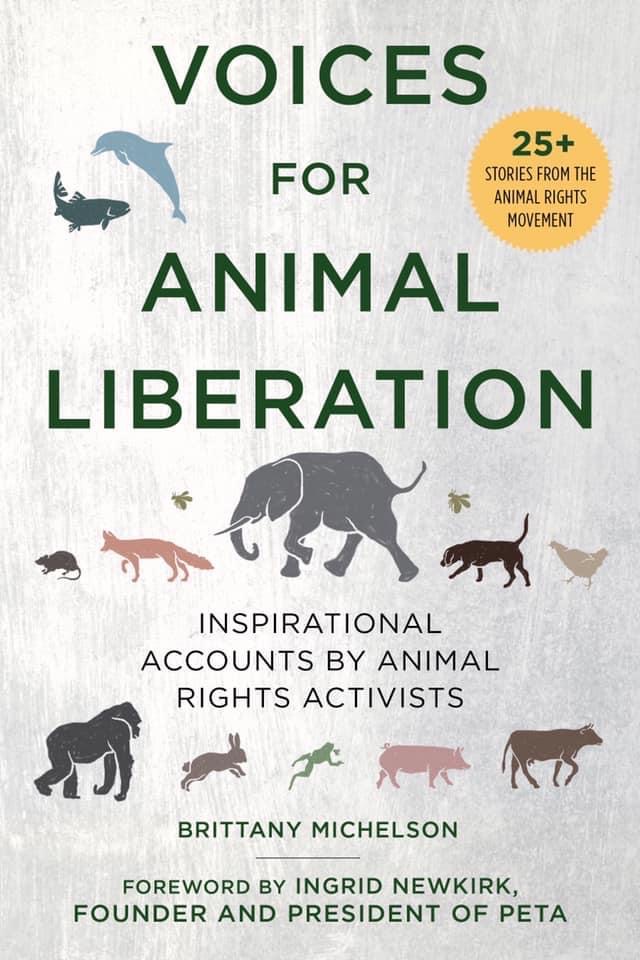 Eating Animals, but at What Price?—Factory Farms & a Public Health Crisis. The Silence of the Lambs: Why I Finally became a Vegan. The Hypocrisy of Loving Puppies & Eating Piglets.
See relevant Elephant Video