The Female’s Burden & the Courage to Stand Up for What’s Right. 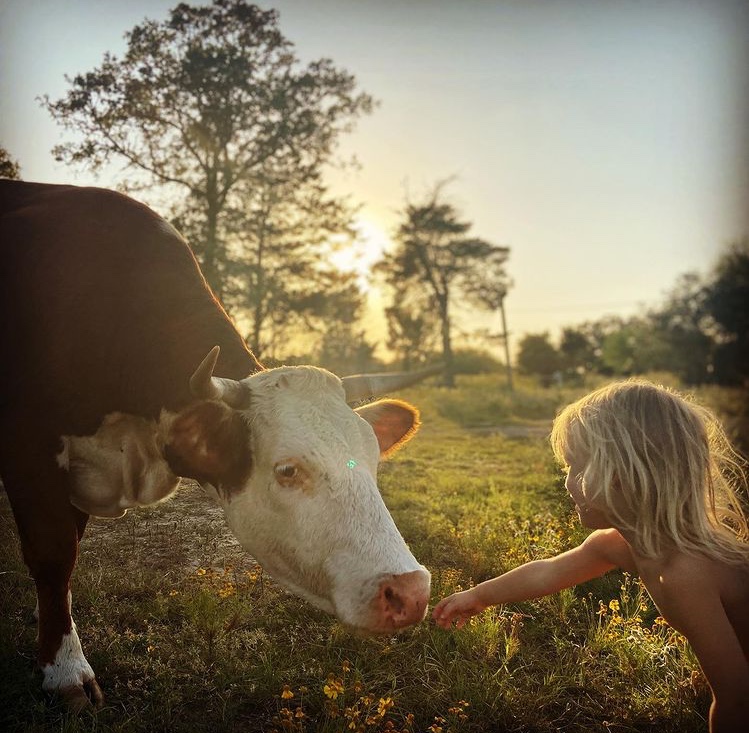 I did a silent protest.

Just me, and an artist friend who agreed to draw in chalk the face of a cow in front of where I laid my mat for my practice. The idea came after I finished my home practice one day, while I sat in the cow face pose. Sitting there, the cow began to come to mind, particularly, the female cow.

She is ruthlessly exploited, from the day she is born until the day she can no longer stand from giving birth so many times. She is then taken to slaughter, sometimes needing to be lifted up by a tractor because her body has been pushed to its capacity much sooner than it should have. Only until then is she relieved of her reproduction duties, as she is deemed unprofitable. In between those two wretched days, she has the hands and forearms of men periodically shoved into her rectum, then injecting semen into her vagina that was taken from a bull she may never know.

That bull is also exploited for his semen. How do you think that semen gets into the tubes the humans subsequently shove into the female’s vagina while she’s locked into a contraption with her head held in place by metal bars, commonly known as the rape rack? Do you think the bull sits comfortably in a chair, set up with arousing videos and magazines of sexy, naked female cows so he can ejaculate and then be paid after he hands (hooves?) the tube off to the humans?

Of course, you don’t think that. But that’s the issue. We don’t think about what happens. The process varies, but invariably, the human has to get in between the bull’s erection and the female’s vagina. Justify as you may. But there is—Nothing. Consensual. About this. In layman’s terms, this is rape.

It came time for my meditation—in cow face pose. I was set up on a pedestrian bridge in downtown Austin, Texas. Minutes earlier, the results were in. Biden won the election. I was in a headstand—probably my longest one to date. Which means it was around 10 minutes. My practice had been a strong one; my intention to show up for the animals fueled me.

It was at the end of my practice when, usually, my muscles are spent and ready to surrender in savasana. But my headstand felt effortless. My joints floated perfectly, one on top of the other. That’s when the celebratory shouts and honking horns from the streets started informing us on the pedestrian bridge that something happened. Then, the artist friend I was with pulled out his phone and confirmed his suspicion. “Biden won!”

I had no intentions of lining up my peaceful protest against factory farming and animal cruelty with such a turning point in our political history. Of course, nothing is ever for certain, but the sentiment that Biden will be a harbinger for progressive change and a move toward unity and collectiveness propelled many returning and first-time voters to get out. Regardless of what goes on in the world of politics, animal rights have been and will always be a topic of relevance and a reality needing to be exposed and brought under fire.

There is no need to wait for any person of power, any change in policy, any permission granted, to shed light on the horrific truth that is our food system. It’s not the sole responsibility of any one person to move our society to a more civilized, morally sound one. When we believe it’s up to someone else to right our society’s wrongs, we give away our power and our integrity. We disconnect from our inner compass which relentlessly steers us toward our desire to live a life of peace and compassion.

In meditation, I was reminded again that humans are the ones suffering. I am here to give voice to the suffering of the animals, but the suffering of humans is even more dangerously concealed. We are sick. Disconnected. Afraid. We don’t deal with our suffering. That’s why we inflict pain on others.

It’s under our skin and behind our eyes so we do everything in our power to keep it hidden. But it’s still there, so we take it out on others. The internal crisis we deal with every day can’t just disappear, so it is transferred. Whether or not we are consciously aware of it, if something in us is not right, we take it out on someone else.

You might say, “I’m not causing suffering to others; I’m not killing animals.” But, because of you, someone is. By your conscious and continuous decision to purchase and consume animals who are killed by the hands of others, you are condoning, encouraging, and perpetuating the entire process.

From birth to forced impregnation, to confinement and forced feeding, to mutilation, to disease. To your babies being ripped away from you, to being forcibly impregnated again, to sometimes dying of shock, disease, starvation, or suffocation, before even getting to your final destination. Which is more pain, terror, blood, watching your travel mates being ruthlessly stabbed, shocked, or shot to death, hearing their screams, before it is your turn to finally escape this apocalyptic reality.

Even if you say, “it’s just an animal, I don’t need to put myself in their position.” Well then, what about the humans being paid to carry out all of those terrible deeds to the animals? You can probably more easily put yourself in their position. If you wouldn’t want to force animals through all kinds of heinous conditions while actively ignoring their screams of pain, what makes you think these people want to?

None of us is designed to cause unnecessary suffering on another—whether two-legged, four-legged, feathered, or scaled. Making a living by inflicting pain and terror on thousands of creatures every day is undoubtedly bound to cause trauma, and create discord in the mind and heart of the individual. Why and how do we justify paying someone to do that for our pleasure?

Do research. Ask questions. Find the truth for yourself, and then make the changes that need to be made. We are inherently kind and compassionate creatures. We just need to undo the conditioning that led us astray from our true nature. 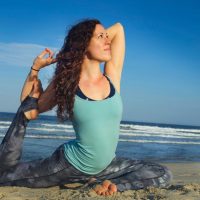 Morgan Donnelly is a long-time yoga and meditation practitioner. Adopting a vegan lifestyle almost five years ago, she is committed to living in close alignment to yogic philo… Read full bio

Image: From Hollie and Davey at Starlove Ranch, Texas

The Vegan who Stole Christmas. The Hypocrisy of Loving Puppies & Eating Piglets. If Adult Cows Don’t Drink Cow’s Milk, then Why do We? The Truth about Milk. {Warning: You may Never Drink Milk Again} A Mother’s Milk: Behind the Scenes of the Dairy Industry.
See relevant Elephant Video